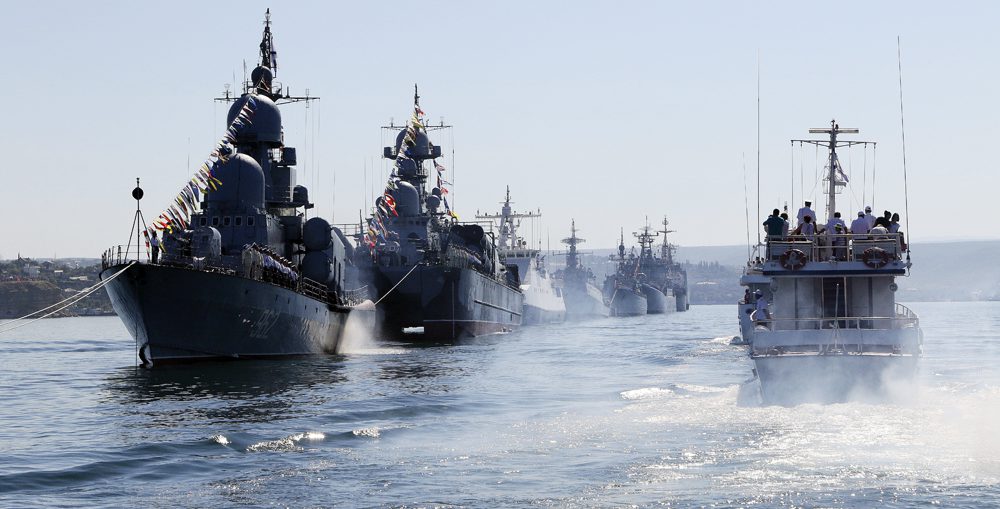 NATO on Wednesday confirmed Russia had sent the two new vessels to the area.

“The deployment of ships that can also carry nuclear weapons is an aggressive and irresponsible behavior, and an inappropriate reaction to the decisions that NATO took in July in Warsaw,” Foreign Minister Witold Waszczykowski told public broadcaster Polish Radio.

NATO leaders endorsed plans in July to rotate troops into the three Baltic states and Poland to reassure them they would not be left in the lurch if Russia was tempted to repeat its 2014 Ukraine intervention.

Since then, the Kremlin has stepped up its presence in the Baltic Sea area and its jets frequently test the airspace of NATO allies such as Estonia.

“We can confirm that two Russian warships have recently entered the Baltic Sea. NATO navies are monitoring this activity near our borders,” Dylan White, acting NATO spokesman told AFP on Wednesday.

“Russia has the right to operate in international waters,” he said but added: “At the same time, there is a pattern of increased Russian military activity near our borders.”

Warsaw also reacted angrily to that move while Lithuania added that it could breach a key nuclear weapons treaty.

Waszczykowski on Friday repeated that NATO’s fresh deployments to the region were not belligerent.

“The scale of this military deployment is not one that could make Moscow think it faces a threat from our side,” he told Polish Radio.

Separately, the Pentagon said in March it would deploy an additional armored brigade of about 4,200 troops in eastern Europe from early 2017 on a rotational basis.

Moscow fiercely opposes Western expansion in what it sees as its Soviet-era backyard and in 1997, NATO formally agreed not to install permanent bases in former Warsaw Pact states.

The Kremlin also plans to create three new divisions in its southwest region and deploy new arms to meet what it described as a dangerous military build-up along its western borders.