Skip to content
You are here
Home > Persons > Expensive Love

The British company Cupid plc is known for its rapid take-off and fall: in just a few years it became one of the most successful international businesses in online dating. The success of the project proved to be very short-lived. Many western journalists have wondered if a rapidly growing public company can suddenly cease its work and bear no responsibility? Loud success and abrupt failure are the commonplace in IT, but Cupid plc deserves careful attention, because the only one who benefited enormously on investing in Cupid plc turned to be its Ukrainian co-founder Max Polyakov.

Cupid plc was established on the basis of IDE Group, founded in 2005 by a Scotsman Bill Dobbie and his Ukrainian partner Max Polyakov, who had already been a British citizen by that time. Partners have decided that the online dating industry promises unprecedented prospects, despite the ambiguity of the “dating” sphere as such. Initially, the company was called EasyDate plc, but was renamed in 2010 due to the claims of EasyJet’s intellectual property rights, and became Cupid plc instead.

The expectations have materialized pretty soon, and Cupid in just a few years has managed to become one of the world’s business leaders in its category. Herewith in the UK less than 20 employees have been located, while the remaining 1500 have been in Ukraine.

After the successful IPO on the London Stock Exchange in June 2010, Deloitte recognized Cupid plc as one of the fastest growing companies in online dating. As the share price has grown, Polyakov was selling his stake, justifying it by the need to focus on the new business projects in social gaming, and moved to California (USA).

The rapid success of the company has been overshadowed by the scandal unfolded as a result of the investigation of BBC Radio 5 and Kyivpost newspaper.

in 2013. According to bloggers, the company was hiring people who forced users to buy paid services of the sites. Media has provided a number of facts proving such activity and, as the Kyivpost editor has managed to find out that hired “social managers” of the company have been locating in Ukraine.

As a result of the scandal the share price has decreased by 3.5 times in spite of the fact that company denied anydeceptive practices. The audit has not proved the systematic use of fake profiles, although the final report has confirmed the fact of not marking the profiles of Cupid plc’s employees explicitly marked with the “administration” symbol or in any other obvious way, as it is implemented in Facebook, for example.

In the second half of 2013, Cupid plc sold out its “toxic” assets: the so-called “adult” sites for flirting and casual relationships – BeNaughty, CheekyLovers, WildBuddies, Click&Flirt, QuickFlirt, Flirt and a number of others which did not only bring Cupid plc its main income, but also became the subject of the media investigation. The buyer of the assets turned to be the offshore company Grendall Investment Limited, controlled by Max Polyakov. The deal worth £45.1 million was partially paid, partially covered at the expense of a 15% of Cupid’s shares, owned by Polyakov personally, and partially with the new owner’s pledge to pay the remaining amount over the next 3 years.

After Max Polyakov had ceased to be a shareholder of the company, Cupid plc has announced its plans for the future, which implied development of online dating projects for serious relationship. These plans failed, and six months later Cupid plc has decided to sell the rest of the dating business to the buyers from Tradax IP Licensing, Together Networks Holdings and Together Networks. The ultimate beneficiary of the purchase worth £3 million has become all the same Max Polyakov through Grendall Investment Limited.

As a matter of fact, Max Polyakov has not only managed to develop the company Cupid plc and to sell his shares at the peak of their value, but also has taken over all its assets at a knockdown price. Apparently, a media scandal of 2013 was intentionally provoked. Herewith Polyakov became the only one to receive income from operating businesses BeNaughty, CheekyLovers, WildBuddies, Click & Flirt, QuickFlirt, Flirt etc., which function from Ukraine.

Apparently, Polyakov gained the reputation of a successful start-up manager despite the failure of the Cupid plc as a public company. Today he has the opportunity to develop much more prestigious projects in the field of engineering. Having the experienced team of managers and being well connected in the missile industry of Ukraine makes him potentially able to sell an outsourcing scheme to projects like SpaceX. 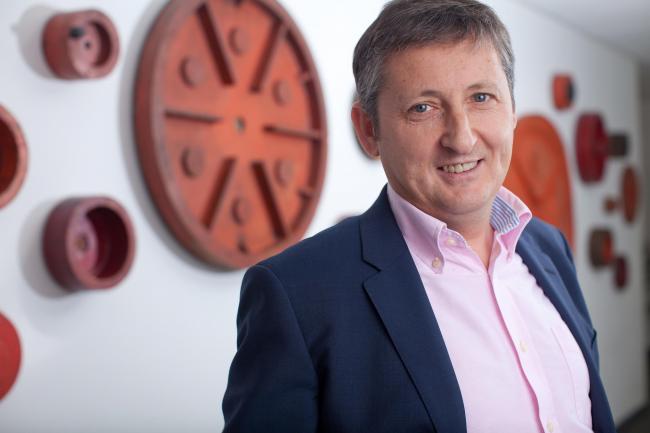 However, his future partners might want to pay attention to the fact that Bill Dobbie, Polyakov’s former partner, refuses to comment on their joint projects, saying only that he “no longer has joint projects with Max”. Dobbie chooses to remain silent in order to keep the damage to his reputation low: Cupid plc was a failure and a controversy, but it could have gone worse. After all, if Polyakov implemented the above-described scheme, Bill Dobbie helped to build a business reputation to a fraudster, while the investors of Cupid plc had to pay dearly.

The question remains as to who will be the next visionary keen to buy in Polyakov’s beneficial outsourcing services.