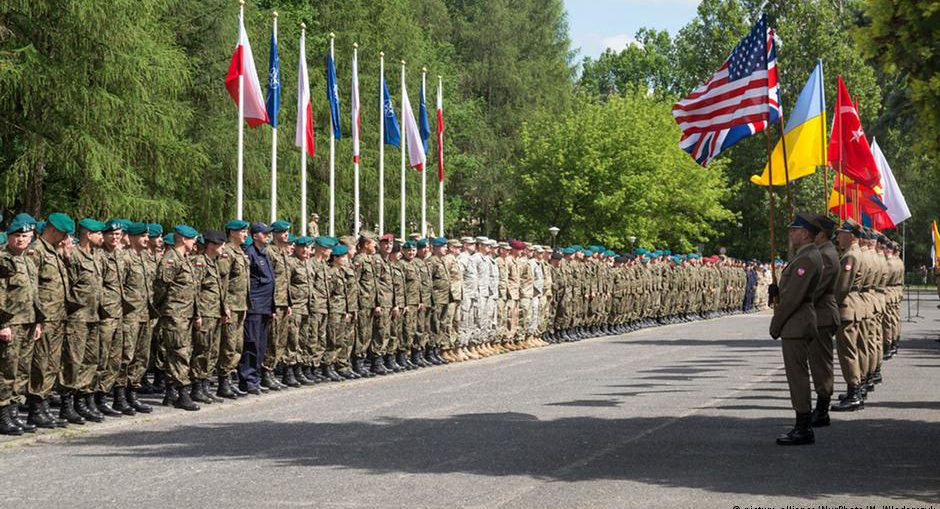 Thousands of Poles are active in militia like civil defense associations. DW’s Monika Sieradzka went to northeastern Poland to visit a father who trains for war with his children.

Piotr Czuryllo is a “prepper.” He focuses on preparing for worst-case scenarios. Preppers build shelters and store food supplies for future disasters. To Piotr, this is not a hobby; it is a way of life.

The whole family is involved. The Czuryllos live with their two children in a village in northeastern Poland, less than 100 kilometers away from the Russian exclave of Kaliningrad.

On military maps, the area has become an especially sensitive strip of land ever since Poland joined NATO. In the event of a crisis, Russia could swiftly create a “corridor” between Russia and Belarus, thereby cutting off the Baltic States from their allies in the West.

Many of the inhabitants in northeastern Poland fear that they would be the first in the line of fire. That is why Piotr Czuryllo became a prepper.

“Our history has shown that a quiet life can quickly transform into war,” the 50-year-old explained.

For seven years now, he has been practicing different survival strategies with his family. Almost every weekend seems to be an adventure camp. Together, they collect mushrooms and herbs, go hunting and sometimes sleep outdoors in the forest.

‘Poland has been waiting for you’

There are around 50,000 preppers like Piotr in Poland. Another 35,000 are members of organized paramilitary associations. They pay for their own uniforms, weapons and military exercises. Just recently, a rifle association in Gdansk earned enough money in a crowdfunding campaign to buy a machine gun.

Piotr thought that the potential should not be wasted, so he organized a paramilitary congress. The government in Warsaw would like to benefit from this patriotic spirit. After all, there are probably thousands of men who could raise a volunteer army “in an emergency.” That is about a third of the current strength of the Polish army.

That is why Polish defense minister Antoni Macierewicz took part in the paramilitary congress co-organized by Prepper in the Polish city of Ostroda. Macierewicz scrutinized 1,000 students of what are called “uniform classes” and received applause when he said that they were “the future of the modern Polish army.”

There are now 300 schools in Poland that offer “uniform classes.” They teach advanced courses on military training, sports, history and patriotism. “The fatherland has been waiting for you,” declared the minister of youth. His spokesman told public television, “Security is now ‘in’ and Warsaw intends to support this trend.”

The ministry plans to support this growing military enthusiasm in Poland. After national defense structures are reformed, every registered volunteer will be eligible to receive the equivalent of 120 euros per month. “We have never seen anything like this,” Piotr said, excited about the idea hatched by the nationalist-conservative PiS government. It signalizes to people that it pays to be patriotic – and prepared to fight.