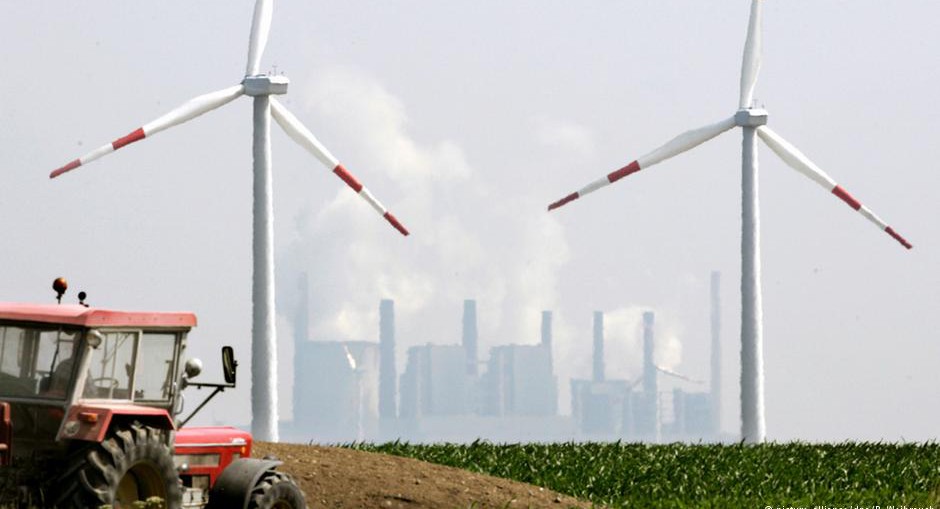 The Polish government plans to unveil new legislation that could swing the country’s energy mix even more towards coal and favor biomass energy production over the nascent wind power industry.

Although Poland was one of 195 nations that backed the Paris deal on climate change in December, it sought a special status for coal. Not surprising, given that most domestically consumed electricity in Poland is generated by coal-fueled power stations. What’s more, every post-communist government has been paralyzed by fear of industrial unrest should they attempt to reform the loss-making coal industry.

Under EU rules Poland is also required to produce 15 percent of its electricity from renewable sources by 2020, up from around 11 percent today. This means choosing which renewable sources to support – and then how to do so.

For now, the Polish wind power sector – one of Europe’s fastest growing in 2015 – looks likely to take a back seat. The new Law and Justice (PiS) government, some believe, may be returning favors with friends in the local biothermal and biomass energy industry.

“The common opinion of the industry is that if the bill is adopted without any changes it will effectively stop the further development of onshore wind turbines,” Kamil Jankielewicz, a lawyer at Allen & Overy in Warsaw, told DW.

Government supports use of coal

If the bill is not withdrawn or revised materially, he says, ‘international investors and financial institutions may seek protection of their investments under bilateral investment treaties as well as under EU rules.”

PiS says that wind installations cause conflict between local communities and investors and are a blight on the landscape. But some believe the government’s anti-wind approach is motivated at least in part by PiS’s close ties with the Catholic-nationalist radio station Radio Maryja (RM) and its mainly rural audience.

RM owns geothermal facilities and is backed by mainly rural and socially conservative groups in Poland. It also played a prominent role in helping PiS win a majority in parliamentary elections last fall.

RM has recently also been making gestures towards the Polish Peoples’ Party (PSL) and some believe this may be pushing PiS to show greater loyalty to the influential radio station.

“Most biomass producers are rich farmers supporting PSL, while PiS attracts mainly poorer people,” Professor Wladyslaw Mielczarski, a professor at Lodz University in central Poland, told DW. “But this plan to limit wind generation results from the threat to system stability, plus very high and unjustified profits for wind generation and the transfer of the wealth to rich European countries that produce wind installations,” he argues.

Wind power on the retreat?

The new proposals would make it illegal for new wind turbines to be located near homes, schools and natural reserves and be at a distance of more than 10 times their height, that is about 1.5 kilometers. Existing wind farms would also face audits every two years.

“This [legislation] is a clear statement of intent and should not be allowed to stand,” according to Oliver Joy, a spokesman for the European Wind Energy Agency (EWEA).
Polen Warschau Bauernproteste

The government is sensitive to the concerns of Polish farmers

Poland had the EU’s second-highest number of wind-power installations in 2015, with developers installing 1.26 gigawatts of new capacity. The country now has 5.1 gigawatts of installed wind capacity, equivalent to about 9 percent of the installed base in Germany. In 2015, investments in the wind sector were 26.4 billion euros, a 40 percent increase on 2014.

“Poland is emerging as a leader for wind power in Europe,” says Giles Dickson, CEO of EWEA. “The draft law proposed is deeply troubling. It will tie new projects up in red tape and make life hard for existing wind turbines that do not meet the legal demands. Imposing these rules will damage investor confidence and put the brakes on future deployment in a country with huge potential,” Dickson said.

“Geothermal energy will definitely be a priority of this government,” Environment Minister Jan Szyszko said recently. “In this we see a chance to meet the air quality norms in big urban municipalities,” he said. “The situation is completely different with wind farms, which destroy the landscape, are alien to Poland’s cultural heritage and harmful to natural reserves.”

Poland is ranked fifth in the EU in the production of primary energy from solid biomass and about 47 percent of the land area of Poland (14 million hectares), consists of arable and agricultural lands. Added to this, biomass technologies and supply sources are relatively mature and investment costs are lower than for other renewable energy technologies.

Poland still has a considerable amount of untouched landscape

All the while, coal will retain its untouchable position. PiS, in its election manifesto in 2015, said it wanted to make “maximum effective use of coal as a basic energy source for Poland.”

Poland is the ninth largest producer of coal in the world and the largest in the EU. But the domestic coal industry’s profitability has shrunk over the last few years.

Aleksander Sniegocki, an energy market and climate expert from the Warsaw Institute for Economic Studies (WISE) told the V4 Revue that the high cost of domestic coal production is the culprit.

“Poland’s state-owned mines are unprofitable and unproductive. Labor costs soared during the coal market boom, and now during the downturn have made the mines uncompetitive. Transport costs give Polish mines some advantage on the domestic market, but not when coal is exported,” Sniegocki says.

The current productivity of Polish mines is low, especially when compared to their competitors abroad: Polish miners produce about 670 tons of coal per year, while the average American or Australian miner’s individual production is between six and 10 times more.