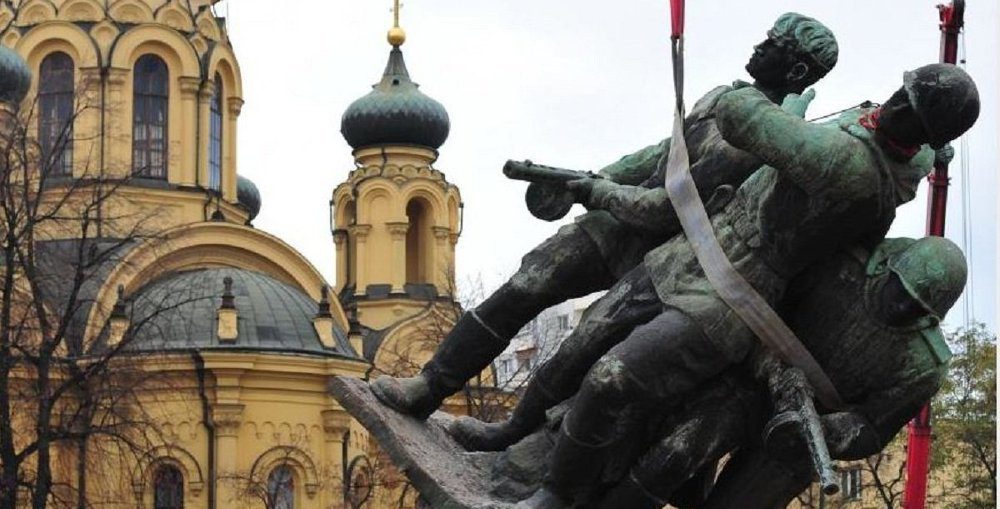 Polish officials have viewed two potential sites for an outdoor museum where dismantled Soviet-era monuments praising the Red Army could be placed, a spokeswoman said Wednesday.

The idea by the state National Remembrance Institute to remove some 500 monuments from squares and parks across Poland is backed by the conservative government, which says the Red Army brought Poland new enslavement in 1944-45 as it chased away the Nazi Germans. It wants them placed together at one site where they can be viewed as symbols of a past oppressive era that lasted until communism was ousted in 1989.

The plan has met strong criticism from Russia, which argues that it is disrespectful of the memory of some 600,000 Soviet officers and troops who were killed while fighting the Germans on Polish territory.

Moscow protested last year, when local officials in the northeastern town of Pieniezno started to dismantle a monument of Gen. Ivan Chernyakhovsky, who died there of wounds in 1945 and is Russia’s national hero. But in Poland he is held responsible for the persecution of Polish anti-Nazi resistance fighters.

Chernyakhovsky’s portrait, in metal, that has been taken off the monument is now in the institute’s care, institute spokeswoman Agnieszka Sopinska-Jaremczak told The Associated Press. Another massive monument, of Polish-Soviet brotherhood in arms, that has been removed from a Warsaw square is also waiting in storage for a decision as to its future fate.

Poland’s officials want to preserve and continue to care for the monuments at Red Army burial sites and cemeteries, one of them in a scenic Warsaw park. Also, local governments are free to decide to keep their monuments if they wish.

Sopinska-Jaremczak said that officials viewed two sites — a former military test range in Czerwony Bor in northeastern Poland and a former Red Army base in Borne-Sulinowo in the northwest. The choice of a site is to be announced in June.

In Hungary, a similar Soviet monument park has been created outside of Budapest.