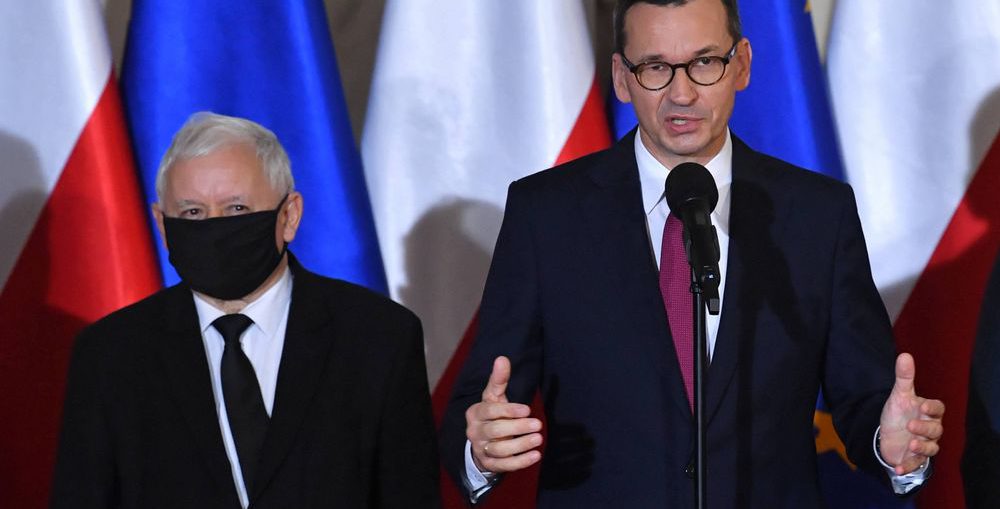 Prime Minister Mateusz Morawiecki, himself a former anti-communist underground activist in the 1980s has accused social media giants of growing “censorship” reminiscent of “authoritarian regimes” such as those of the communist period. He said he wanted to see these companies regulated by EU and Polish law to contain them.

“We lived in a censored country for nearly 50 years, a country where Big Brother told us what we should think, write and say,” the prime minister wrote in a Facebook post, referring to Poland’s communist past. “That is why we look with concern at any attempts to limit freedom,” he added. He called the internet the “Most democratic medium in history. But he felt that large transnational corporations which are now more powerful than many countries have begun to dictate what can and cannot appear on the net. “Recently ever more often we are dealing with practices that had seemed to be a thing of the past Censorship of free speech, the domain of totalitarian and authoritarian regimes is returning today in the form of a new, commercial mechanism to combat those who think differently.”

He pledged that “Poland will always uphold democratic values, including freedom of speech,” adding that “social media cannot be above the law. Therefore we will do all we can to set out a framework for the functioning of Facebook, Twitter, Instagram and other similar platforms ” involving regulation that should be on a pan-European basis.

Reaction to the controversy over Trump

The social network being used by President Trump and his supporters as a refuge since his ban from Twitter has been removed from the internet after Amazon, Google and Apple withdrew their hosting of the app. Facebook, Instagram, Snapchat and Twitch also suspended the president’s accounts. Reddit, a news and discussion website with a normally permissive attitude, closed a forum popular with Trump fans, saying that it was inciting hate.

The move is being criticised by American and international figures such as Aleksey Navalny, the leader of the Russian opposition who tweeted “I think that the ban of Donald Trump on Twitter is an unacceptable act of censorship”. Chancellor Angela Merkel’s spokesman confirmed her disquiet stating that “the basic right to freedom of opinion is a basic right of elementary significance and it is possible to interfere with this basic right but based on the law and based on what the law defines, not based on the resolution of social media platforms and from that point of view, the chancellor sees the permanent suspension of the U.S. president’s account as problematic.”

Thierry Breton, the European commissioner for the internal market has called for regulation of social media that would prevent the use of ‘hate speech’ and ‘fake news’. He argued that the events of last week mean that it is no longer possible to leave what happens on social media platforms to their managers and called upon the EU and the US to agree a way forward to regulating the digital space.

Mr Morawiecki’s voice adds to the chorus. Poland’s government has often been critical of social media giants, accusing them of bias against conservative voices. They have been incensed at the uneven treatment of nationalist right wingers with the far more permissive approach to the radical left.

Last month Poland’s Justice Minister, Zbigniew Ziobro, announced a proposed law to “protect freedom of speech on the internet” which is to stop social media operations from deleting content that does not violate Polish law and banning users for posting such content. However, the government itself has been accused of attempting to limit free speech through the use of blasphemy laws. Polish legislation also makes defamation a criminal offence, a legal provision which has been questioned by both Poland’s journalists and international organisations such as the OSCE. Ruling Law and Justice (PiS) have promised to look into reforming this part of the penal code, but has not as yet done so.