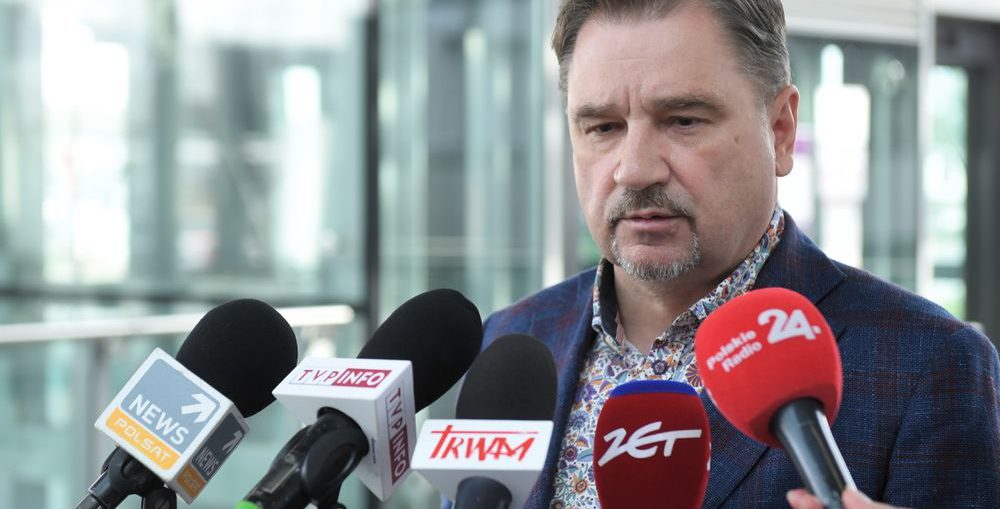 The process that is underway in Belarus is unstoppable, Solidarity Union leader Piotr Duda said on Tuesday after returning from the Belarusian capital city Minsk.

Recounting his talks in Minsk, Duda cited Alexander Jaroshuk, head of the Belarusian Congress of Democratic Trade Unions, who described the developments in Belarus as “snowballing,” and unstoppable. Duda added that Solidarity intended to support Belarus’s free trade union and to aid the families of unionists.

Duda also noted the need for measures to ensure that funds channelled to the Belarusian opposition from Solidarity’s “Solidarity With Belarus” fund were really reaching those for whom they were intended and not taken over by the regime of Alexander Lukashenko.

Duda also said that Poland was striving to help Belarus, but had to move within diplomatic boundaries to avoid accusations of meddling in the internal affairs of the country.

On Wednesday Duda is scheduled to meet Svyatlana Tschikhanouska, Lukashenko’s main opponent in the rigged August 9 presidential elections which sparked the mass protests that are underway in the country.

“The situation is very difficult. This is why we agreed after the talks that I will meet in Warsaw with PM Mateusz Morawiecki to inform him about the current situation in Belarus, which I am familiar with thanks to reports from my friends, (the Belarusian – PAP) trade unionists,” the Solidarity head said.

Tuesday marks the 31st day of mass protests in Belarus after a rigged August presidential election gave a landslide victory to the country’s to-date strongman Alexander Lukashenko, leaving the strongly supported Tschikhanouska with a mere 10 percent of the vote.