Skip to content
You are here
Home > Politics > Elections: Duda enters second round against liberal candidate 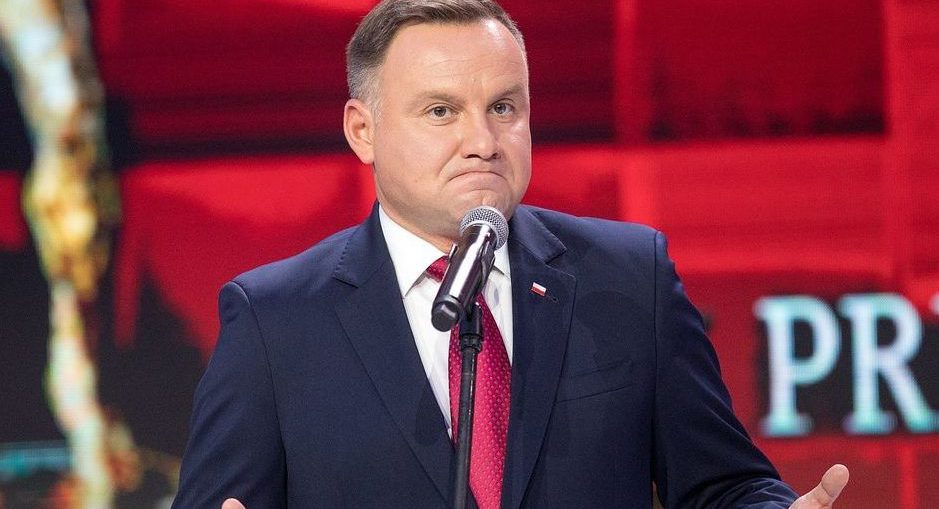 The incumbent Andrzej Duda won the most votes in Sunday’s Polish presidential election, but fell short of the 50% he needed to win without a second round of voting.

Duda, allied with Poland’s ruling Law and Justice (PiS) party, had received 43.7% of the vote with 99.78% of ballots counted and the liberal mayor of Warsaw, Rafał Trzaskowski, was in second place on 30.3%.

The results mean Duda and Trzaskowski will go head to head in a second round a fortnight from now, on 12 July, in a vote that will determine Poland’s political future. Polls before Sunday’s vote suggested a runoff between the two candidates would be too close to call.

Independent candidate Szymon Hołownia was in third place, while the far-right nationalist Krzysztof Bosak was in fourth.

Since coming to power in 2015, PiS has put Poland on a collision course with Brussels over democratic backsliding and rule of law issues. After the party won parliamentary elections last year, a win for Duda would ensure a continued free hand to govern for several more years.

The election was initially scheduled for May, when Duda had a commanding lead in the polls and was expected to win easily. PiS leaders wanted to push ahead with a postal vote despite the pandemic, but the vote was postponed at the last minute.

Since then, an economic downturn linked to the pandemic has set in and liberal party Civic Platform replaced its largely ineffectual candidate with Trzaskowski, narrowing the race.

In a speech made after the release of an exit poll on Sunday evening, Duda pointed out that he had received more votes in the first round than he did five years ago. “I have this result after five years of being in politics, of being criticised in many ways, attacked, of taking difficult decisions,” he said.

Trzaskowski, in a speech to supporters, made a pitch to all those who had supported other candidates to rally around him in the runoff: “This result shows one thing that is most important: over 58% of our society wants change. I want to say clearly to all these citizens – I will be your candidate. I will be the candidate of change,” he said.

Turnout was estimated at 63%, well up from the 49% turnout in the last presidential elections in 2015, in a sign of how the polarisation of the last five years has mobilised voters on both sides of the divide.

Duda campaigned on a deeply ­conservative social agenda that was often laced with homophobia, a controversial platform that drew criticism both at home and abroad, and which he appeared to step slightly back from in the final days of campaigning.

Opponents hope that if Duda is defeated, the legislative agenda of PiS could be stymied by presidential veto. His most prominent rival in the ­campaign has been Trzaskowski.

The Warsaw mayor promised a “new era” of politics during a brief but energetic campaign, and said that if he won, he would cooperate with PiS only if it changed its policies in a number of areas.

The election was the first presidential vote to be held in the European Union since the pandemic hit. Poland has had about 34,000 confirmed ­coronavirus cases, significantly fewer than in many western European countries, and life in the country has largely been back to normal for the past month.

People were mostly voting in person, although they were required to wear masks at polling stations. In one region where coronavirus numbers are still high, people were ordered to vote by post.

“This is a decisive time. A lot will really depend on this decision,” said Lech Wałęsa, leader of the ­Solidarity movement and Poland’s first president after the end of communism, as he voted on Sunday. In recent years, Wałęsa has become a staunch critic of the PiS government.

Duda, who had previously not used the homophobic rhetoric common to the more radical parts of the Polish right, appeared to resort to attacks on so-called “LGBT ­ ideology” and its threat to Poland as part of a last-­minute attempt to rally the PiS’s conservative base.

He made a pledge to “defend ­children from LGBT ideology” and compared the LGBT rights agenda to communism. Trzaskowski has been a supporter of LGBT rights during his time as Warsaw’s mayor, but has tried to sidestep the issue during the campaign.

Duda also sought to gain a late boost with a visit to ­Washington last Wednesday for what was in effect an endorsement from Donald Trump. He did not, however, return with the ­concrete US commitments on increased troop numbers stationed in Poland that he had hoped for.