Skip to content
You are here
Home > Politics > We stopped “imposing on us a foreign culture of Islam,” the Polish minister said after a decision of the European Court 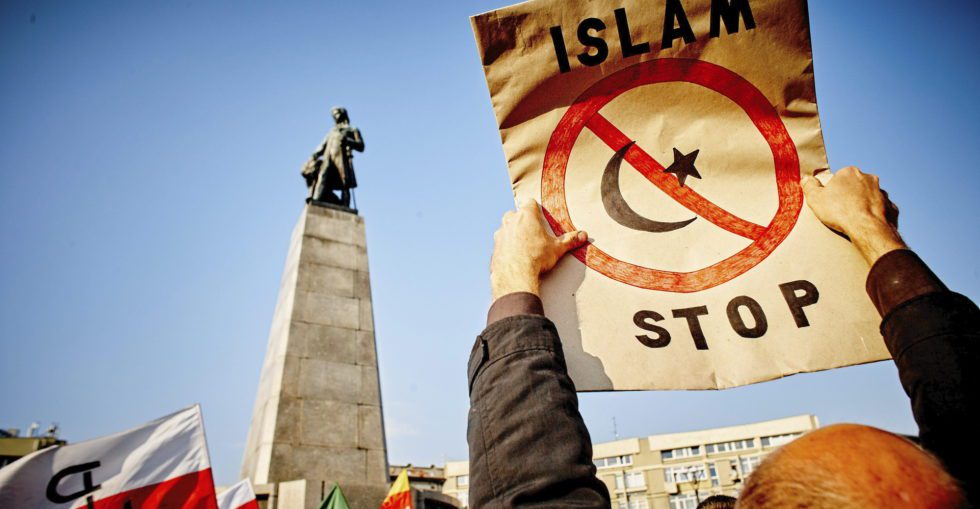 The Polish justice minister has hit out at the EU after the European Court of Justice last week ruled that Poland, Hungary and the Czech Republic had breached their obligations under European law by refusing to take in refugees.

“Some EU institutions are completely detached from reality,” said Zbigniew Ziobro on Sunday. “Poland was right not to accept refugees. We defended our sovereignty against the foreign culture of Islam that they wanted to impose on us.”

Ziobro, speaking to state broadcaster TVP, described the ECJ’s decision as an “absurd ruling” that has a “political character”. He argued that the European treaties did not oblige member states to accept the quotas of refugees.

Last Wednesday’s ECJ ruling related to a programme set up by the EU at the height of the migration crisis in 2015. The system – agreed on by member states, including Poland, which was then under a different government – created mandatory quotas of refugees to be relocated to each country in order to relieve pressure on Italy and Greece.

Under the scheme, Poland was allocated 7,082 refugees (all from Syria, Iraq and Eritrea), the Czech Republic 2,691 and Hungary 1,294. All of the candidates for relocation were to be vetted by EU officials and then by member states themselves, who would receive €6,000 for each person they accepted.

However, the new conservative government elected in Poland in October 2015, and which remains in power, subsequently refused to accept a single refugee from the quota. Hungary likewise took in none, while the Czech Republic admitted only 12.

Consequently, the European Commission launched legal proceedings against the three countries. These reached their conclusion last week, when the ECJ ruled that the “member states had failed to fulfil their obligations under European Union law”.

The court rejected Poland and Hungary’s argument that they could reject their quotas on the grounds of safeguarding internal security. Such a justification could only be legitimately applied by providing “specific evidence that…[a certain refugee] represents an actual or potential danger”, wrote the ECJ, rather than simply claiming preemptively that accepting any of the refugees would be a threat.

In response to the ruling, Poland’s government accused the EU of “unequal treatment” of eastern member states. Spokesman Piotr Müller, speaking to PAP, noted that “relocation decisions were not fully enforced by most member states, but the Commission lodged complaints against only three”.

Ryszard Czarnecki, a senior MEP from the ruling Law and Justice (PiS) party, agreed that the ruling “shows a deep division in the EU”. He also criticised the EU for focusing on this issue in the midst of a “pandemic situation when thousands of people are dying every day”, reported TVP Info.

In fact, the Commission submitted the case against Poland, Hungary and the Czech Republic in December 2017. Last week simply marked the final ruling being issued by the ECJ.

Meanwhile, the main evening news on state broadcaster TVP, which is a mouthpiece for the government and has often stirred fears over refugees, declared in a headline that the ECJ had decided that “ideology is more important than the safety…of inhabitants of the community”.

The report falsely suggested that the ruling now obliges Poland to accept refugees, whereas in fact it does not. The relocation scheme ended in 2017, having only relocated around 20% of the refugees it intended to. Many senior EU figures have subsequently criticised the scheme, including former European Council president Donald Tusk.

“The naive approach of total humanitarianism” has allowed leaders in places such as Poland and Hungary to “brutally exploit the situation for their own political purposes”, Tusk said in November. “Leaders’ primary responsibility to citizens is to give them a sense of security.”

Poland’s opposition have, however, remained quiet about the latest ECJ ruling. When questioned by TVP, Dariusz Joński of the centrist Civic Coalition (KO) claimed that he “hadn’t looked at the ruling” because he was too busy dealing with the fallout of the coronavirus epidemic.

Civic Platform, the main party within KO, led the government that initially agreed to the relocation scheme in 2015. It has subsequently struggled to formulate a coherent response to the public and political backlash against the decision, often oscillating between different positions.

This was recently exemplified by the party’s presidential candidate, Małgorzata Kidawa-Błońska, who last month called on the government to “secure the borders” and “stop migrants”. Yet two days earlier she had described migration as a “non-existent problem” that was “created” by PiS to “spook us”.