Skip to content
You are here
Home > Politics > Poland cannot hold free and fair elections during the coronavirus crisis. They should be delayed. 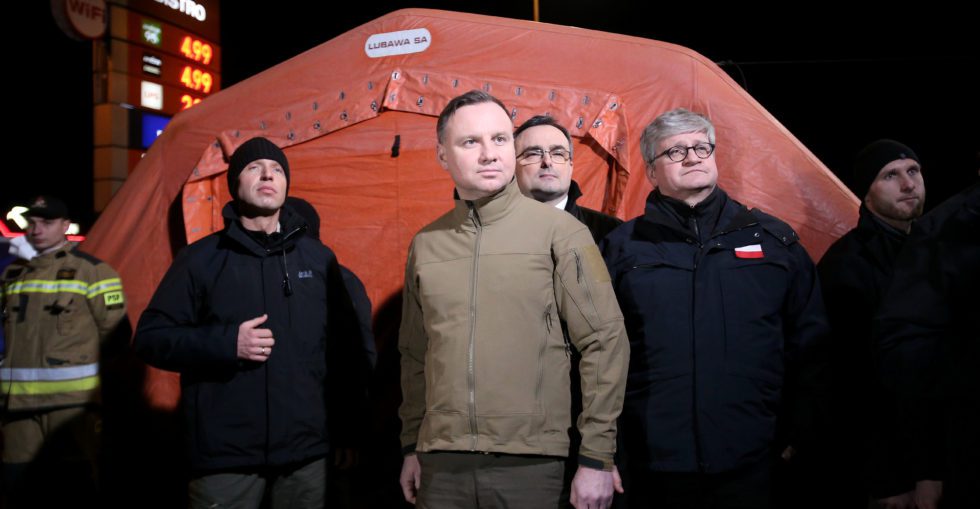 If presidential elections go ahead in May, as the government intends, they would certainly not be fair, with incumbent Andrzej Duda enjoying an advantage over rivals who have had to suspend campaigning. And they would also probably not be free, with some people unable or unwilling to vote due to the coronavirus. Holding such elections would therefore be a risk not just to Poland’s public health, but also to the health of its democracy.

Last week, the British government postponed local elections scheduled for May, saying that it would help mitigate the spread of coronavirus. The decision was praised by parties across the political spectrum.

Yet in Poland, where presidential elections are due to take place in the same month, the government is showing no signs of making a similar decision, which would require declaring a state of emergency. The prime minister, Mateusz Morawiecki, yesterday said that voting “should take place as planned on the scheduled date” of 10 May.

What makes this disparity even more striking is that, whereas the United Kingdom has been relatively slow to introduce restrictions in response to the coronavirus pandemic, Poland’s government has pursued one of the toughest approaches in Europe.

It shut down educational and cultural institutions, suspended flights, and banned foreigners from entry – all before most other countries had taken such steps. Those decisions have won the government much praise, with polls showing strong support for the tough approach.

The disparity between these strict measures and the relaxed attitude towards allowing an election (and the preceding campaign) to go ahead raises concern that the government is seeking to benefit politically from the epidemic. Holding the vote in May lends an enormous advantage to the incumbent, Andrzej Duda, who is the candidate of the ruling Law and Justice (PiS) party.

During the coronavirus crisis, Duda has been at the forefront of the response. He stood alongside the prime minister on Wednesday to announce a package of support for the economy. He has also visited hospitals and a factory producing hand sanitiser.

One poll released on Sunday found that, for the first time in the campaign, he would get over 50% support in the first round of voting. If repeated in the election, that would mean an outright first-round victory and no need for a second-round run-off between the top two candidates on 24 May.

None of this in itself would normally be a problem: one of the natural advantages that incumbents enjoy is being able to demonstrate their leadership. But what makes it unacceptable in the current circumstances is that all opposition candidates have effectively had to stop campaigning, leaving Duda with an open field.

Even before the government officially banned gatherings of more than 50 people, all candidates had declared that they would no longer hold public events. They have tried to move some campaigning online and they still issue regular statements. But such activity inevitably attracts far less media and public attention than Duda’s visits to hospitals and televised addresses to the nation.

Moreover, whereas Duda has enjoyed five years in office in which he has been able to hold meetings in every district of Poland (many of which were campaign-like events), his rivals needed the official campaign period, which runs from February to May, to travel the country and meet the public.

They are now unable to do that. Even if the current coronavirus lockdown has ended by May and elections can safely take place, opposition candidates will still have faced major disadvantages in campaigning.

Finally, Duda has the help of state media, which have become mouthpieces for the ruling party, effectively campaigning on his behalf. In particular, broadcaster TVP has been using its news reports to brazenly promote Duda and criticise his rivals.

This is all financed with public money – a source of funding that was boosted by Duda himself earlier this month, when he approved an extra 2 billion zloty for state media, thereby effectively giving a direct impetus to his own re-election campaign.

The bias of state media would have influenced this election regardless of the coronavirus outbreak, as it did last year, when OSCE election monitors concluded that the fairness of parliamentary elections had been “undermined by a lack of impartiality in the media, especially the public broadcaster”.

But its effect is now even more harmful given that opposition candidates can no longer so easily communicate directly with the public via campaign events and the media attention they generate.

All of the above means that, if elections do go ahead in May, they would certainly not be fair, given the complete imbalance in the ability of candidates to campaign. They would also possibly not be free either, given that some people may not be willing or able to vote due to the virus.

There may still be significant numbers of people under legally enforced quarantine, meaning their ability to vote will be hindered. Others may not be willing to risk their health by going to the polls, given that the coronavirus can remain airborne and on surfaces for long periods.

One alternative, postal voting, is highly restricted in Poland. The country was criticised last year by the OSCE for making it so hard to register to vote by post. It is hard to imagine that significant improvements to postal voting – or the introduction of a completely new electronic voting system, as some have suggested – would be feasible in the space of a few weeks amid a national health crisis.

Holding not just one, but potentially two rounds of voting under these circumstances – with millions of people filing into polling stations – is both damaging to democracy and irresponsible in terms of public health.

The public appear to agree: a poll taken even before the government began introducing its strict measures found a majority (51.7%) agreeing that the elections should be postponed if the number of “coronavirus cases increases significantly” (as they subsequently have). Only 28.1% said that it should not.

The prime minister argues that if the elections are delayed until autumn, as some propose, the virus could still be a danger then. That is true. Yet it does nothing to negate the argument that holding elections under the current circumstances would be unfair. That is why not only Britain, but also Serbia, North Macedonia and soon France, are postponing upcoming elections.

Finally, even putting aside the freeness and fairness of the elections, the current crisis is not the time for a campaign. Polish society has generally responded well to the coronavirus, following government advice to self-isolate and showing support for the vulnerable and the medical staff tackling the epidemic.

This atmosphere is not conducive to, and should not be compromised by, a political campaign that is inherently competitive – and which, in Poland’s political environment, is also likely to be bitter and divisive. This is a time when the head of state should be unifying the country, something that is not possible when he is running a campaign at the same time.

The president who wins these elections will be in office for the next five years. The outcome will be absolutely pivotal for how Poland is run during that period: if Duda is re-elected, PiS will be able to continue governing with few obstacles; if another candidate wins, their veto power would severely hamper the government’s agenda.

It is therefore vital that whoever fills that position is regarded as holding office legitimately. If elections take place in May, that will not be the case. Many will justifiably question the outcome, further poisoning Poland’s already toxic political environment for the next five years. Holding such elections would therefore be a risk not just to Poland’s public health, but also to the health of its democracy.