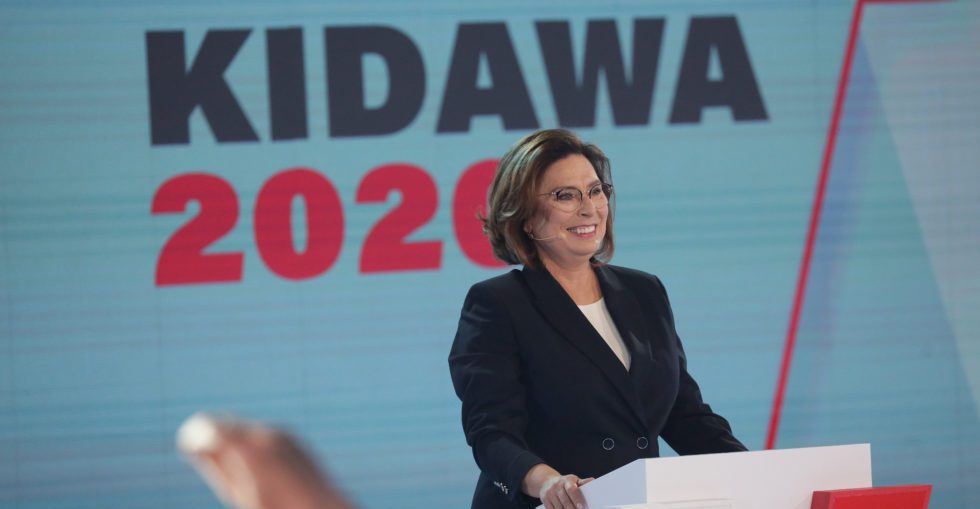 The main opposition presidential candidate, Małgorzata Kidawa-Błońska, has called on the government to “stop migrants” and “secure its borders” in response to Turkey’s decision to allow refugees to make their way towards the European Union.

Speaking to the media on Tuesday, Kidawa-Błońska, from the centrist Civic Platform (PO) party, said that Poland “should secure its borders and watch that no one unauthorised comes to the country”. Her remarks echoed the kind of language more usually associated with the ruling conservative Law and Justice (PiS) party.

Kidawa-Błońska suggested that Poland is currently at risk. “From what I know, our borders are not well secured, because what is happening right now is very, very dangerous. These people are desperate and will seek out all ways of getting to Europe.”

The presidential candidate called for Italy and Greece to be supported in their efforts to stop migrants, calling on the Polish government to sit down with other EU countries to make this happen because “Turkey and Putin (…) have stopped working to protect [Europe] from the inflow of migrants”.

Kidawa-Błońska’s statement appears at odds with comments she made just two days earlier. During a meeting with voters, she warned against dwelling on “non-existent problems” related to migration. “They spooked us with immigrants, who were meant to come here, [but] has anyone seen them? They are not here. Let us not create problems, which are not really there,” reported state broadcaster TVP Info.

Previously, in 2017, she had said that “the 7,000 refugees [assigned to be relocated to Poland by the EU], mainly women and children, will not be a danger to a country as large and stable as Poland. Denying them help is shameful.”

The migration crisis has often prompted contradictory responses from PO. When in government, it approved the EU’s 2015 refugee-relocation scheme. However, once in opposition, PO’s then leader Grzegorz Schetyna announced in 2017 that his party was opposed to accepting migrants. Yet those words were in turn quickly contradicted by his deputy leader, Tomasz Siemoniak.