Skip to content
You are here
Home > Politics > Poland: Thousands march against government in Warsaw 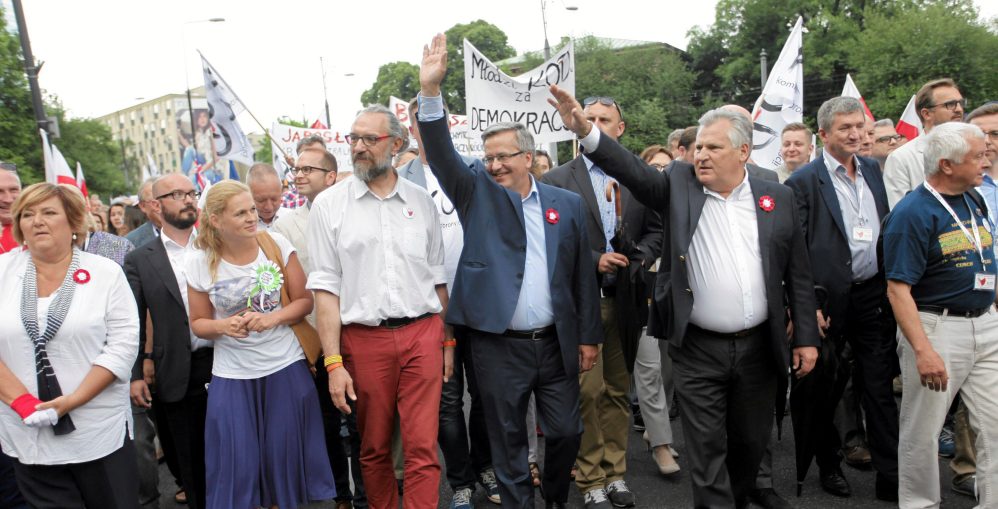 About 50,000 people attend protest against conservative government they say has limited their freedoms. Two former Polish presidents have led tens of thousands of marchers in Warsaw to protest against the right-wing government’s policies and mark 27 years since the ouster of communism.

The march on Saturday was yet another in a series organised by a new civic movement, the Committee for the Defence of Democracy, or KOD, against the conservative government that took office in November.

The government’s policies have strained Poland’s relations with the European Union and the United States and angered many in Poland. But the ruling party insists it has a mandate from Poland’s voters.

The nationalist government has focused on helping those left out of Poland’s economic growth and increased its grip on state institutions.

The EU says Poland’s rule of law and democracy are in danger.

The protests on Saturday brought former presidents Aleksander Kwasniewski, a left-winger, and Bronislaw Komorowski, a centrist, together to remind the Poles about their attachment to freedom and to democracy, which they won on June 4, 1989, in an election that peacefully ousted the communists from power.

“We want a free Poland because we fought for it, we dreamed about it and we built it,” Komorowski, a dissident under communism, told the crowd.