Skip to content
You are here
Home > Politics > recount to get the right result? 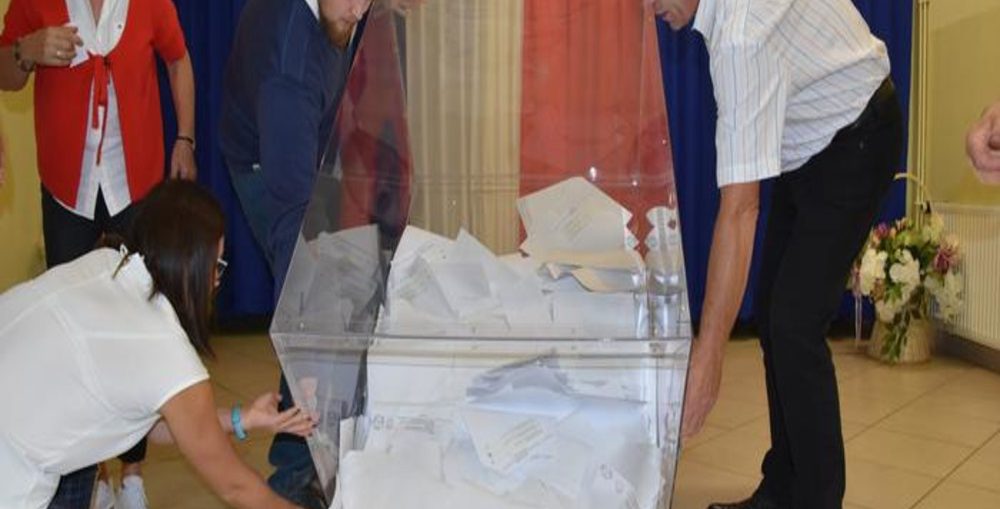 Poland’s governing party won recent elections but lost a majority in the Senate, so now it wants a recount. That’s a Stalinist attack on democracy, the opposition has said — while defending its own recount initiative.

At first glance, it would seem like a formality devoid of nefarious intent: Politicians from the ruling Law and Justice Party (PiS) simply calling for recounts in six Senate voting precincts where the election was especially tight.

“There are a lot of invalid ballots and some close results,” Said Ryszard Terlecki, who until recently headed the PiS parliamentary caucus. “So we are going to conduct an audit, purely out of curiosity, but also to make sure ballots were correctly counted.”

Experts have said the move is highly dangerous, claiming the right-wing conservative PiS — by calling for a recount despite no indication of manipulation or mistakes — is paving the way for losers of future elections to challenge the results simply because they don’t like them.

Kaczynski a student of Stalin?

“Our protests would take place regardless of whether or not PiS submitted theirs. We have real grounds for our protests,” Marek Borowski, a senator from the opposition Civic Coalition told reporters.

The opposition claims many voters erroneously checked the square logo of the Citizens’ Coalition party alliance rather than the actual box to be marked because the two looked so similar on printed ballots.

Critics in the opposition are also taking aim at Poland’s so-called justice reforms. The changes to the legal system are getting renewed attention because a special new chamber of the Polish Supreme Court — the members of which will be appointed according to contentious new rules — will be responsible for authorizing any recount.

Currently, the European Court of Justice is weighing the legality of the new institution. In other words, the chamber that will decide the merit of recount requests is itself very controversial. Months before last week’s vote, an opposition politician railed against PiS saying, “You want to use this unconstitutional chamber to help you win elections.”

If a recount is ultimately ordered, Schetyna will call for “foreign controllers” to carefully observe the process.

“We will be watching those who conduct the recount very closely,” he said.

He added that PiS leader Jaroslaw Kaczynski’s approach reminds him of Josef Stalin’s. The Soviet strongman was purported to have once said it doesn’t matter how an election takes place, what is important is who counts the ballots.

“Jaroslaw Kaczynski is an attentive student and he sees things the same way,” according to Schetyna, adding that soon all elections lost by the PiS could end in recounts.

In a recent radio interview, Jadwiga Emilewicz, a respected politician and Poland’s minister of entrepreneurship and technology, argued that judges in the new chamber will not be making decisions based on politics, and called for people to “cease creating a hysteria.” She went on to promise that Poland would experience “the most transparent recount there ever was.”

Germany as a role model?

But Wojciech Hermelinski, who until recently led Poland’s election commission (PKW), wants to know why there should be recounts in the first place. Speaking with the Polish cable news channel TVN24, he said he saw no connection between the number of invalid ballots cast and final election results.

“People always cast invalid ballots, but at 2% for the Senate race, that is a pretty low number,” Hermelinski said.

He added that the unrelated conclusion that there were invalid ballots and that a candidate lost an election was not grounds for protest.

The fact that the PiS recently reformed the electoral commission itself has added further fuel to the opposition’s fire. It will mainly be politicians who determine how the commission is set up in the coming legislative session. That makes it likely that the commission’s members will be appointed by the president next March — just two months before the country’s next presidential election.

PiS politicians eagerly point to Germany to defuse such criticisms, emphasizing that the interior minister appoints election officials there and no one accuses democracy of being under threat.

What exactly does the Senate do?

The Senate is the upper house of Poland’s parliament. Its 100 members are directly elected by their home districts. The chamber has an advisory role within the legislature, and also has the power block lower house (Sejm) bills headed to the president, kicking them back down to the body. The Sejm can then deliberate, and has final say over any potential changes. The Senate also has a voice in many government staffing choices.

The chamber responsible for dealing with election challenges has 90 days from the election to decide whether to let a challenge move forward or not. In the wake of European parliamentary elections it rejected dozens of appeals. Should it decide differently this time around, it could mean that some senators’ terms may already be over in January.