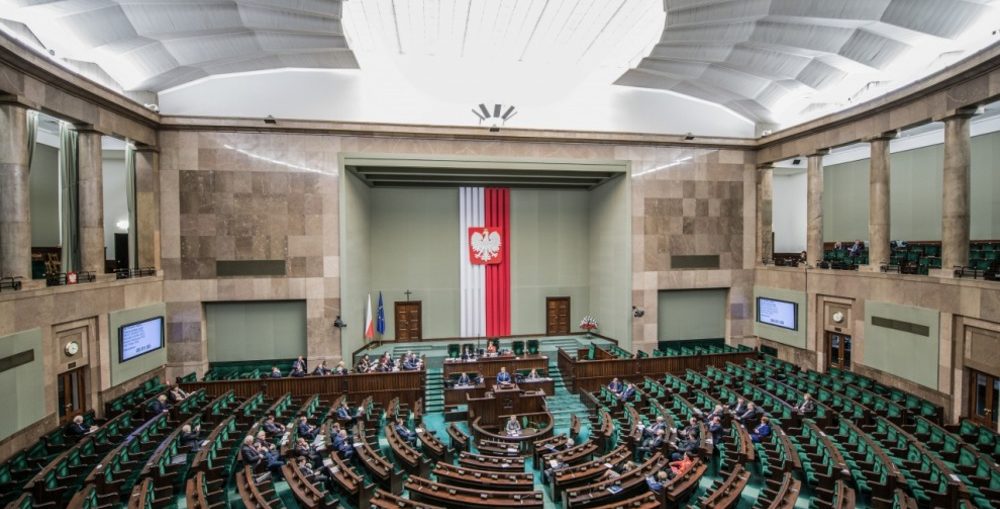 Poland’s ruling party, Law and Justice (PiS) suspended the lower house of the parliament, the Sejm, on September 11. The Sejm’s current session was originally planned to end on September 13, ahead of a parliamentary election on October 13. The early suspension – albeit by just two days – is unprecedented in Polish parliamentary practice.

Debates planned for September 12 and 13 have been rescheduled until immediately after the election takes place. This means that current MPs will be able to vote in those debates even if they lose their seats at the election.

The parliamentary speaker Elzbieta Witek said that PiS had no need to provide justification for the move, saying: “We have not broken the rules, everything is in accordance with the rules. This is not a new sitting of the Sejm, it is the same sitting that has already been planned.”

The head of PiS’s parliamentary group said that the decision to suspend parliament was done to allow MPs to go back to their constituencies ahead of the upcoming election campaign. However, it may also signal that the party feels insecure regarding its potential post-election position.

Malgorzata Kidawa-Blonska, the prime ministerial candidate for the Civic Opposition told radio station TOK FM that “Law and Justice has some sort of hidden plan. Either they do not believe that the result of the election will be positive for them, and they want to cover themselves. Or they want to prepare some law that could not be passed in normal circumstances. It does not bode well. And I do not believe Ms Witek’s claim that this is only being done for the benefit of MPs: you do not do things like this just out of love for politicians.”

All current polls give PiS a large lead ahead of the election, with its support at around 47 per cent. Civic Opposition, the largest opposition group, is on course for around 29 per cent of the vote.