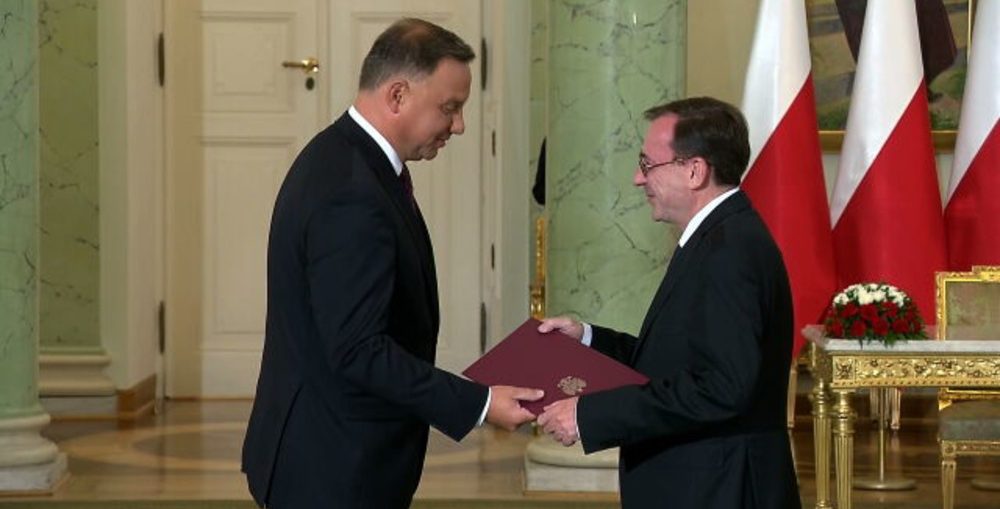 President Andrzej Duda on Wednesday appointed Mariusz Kamiński the new minister of interior affairs and administration. Kamiński will also remain in office as the coordinator of the secret services.

The previous interior minister, Elżbieta Witek, was chosen the new Marshal of the Sejm last Friday. She replaced Marek Kuchciński who resigned earlier that day amid his official flights scandal. Mariusz Kamiński was born in 1965. During communism, he was active member of the opposition, in organisations such as the Independent Students’ Association (NSZ). He also worked in the National Security Bureau under President Lech Wałęsa, and later also in the Masovian division of Solidarity. He also worked for the Central Board of Customs and the Polish Television. When Kazimierz Marcinkiewicz was prime minister, Kamiński became the secretary of state in PM’s office – the government’s plenipotentiary for the formation of the Central Anti-Corruption Bureau, to later on become the head of this institution. In 2006, after the CBA was founded, Kamiński stood at the helm of the bureau. He resigned as the member of the Law and Justice party because the law on the CBA requires its chief to be apolitical.

He was the head of CBA until 13 October, 2009. When Donald Tusk took over as prime minister in 2007, he kept Kamiński in office. He was dismissed after the CBA’s investigated the lobbyist activity surrounding the creation of the gambling law (the case pertained to Civic Platform politicians). According to Donald Tusk, Kamiński used the CBA to fight the political competition. Mariusz Kamiński became Law and Justice MP again in 2011 and 2015. He was also one of the party’s deputy chairs. In March, 2015, Kamiński was sentenced for 3 years in prison and 10-year ban on taking public offices, for overstepping authority in connection to the Central Anti-Corruption Bureau’s (CBA) operation in the so-called land scandal (afera gruntowa). On November 16, 2015, President Andrzej Duda pardoned Kamiński and other CBA officers who worked the “land scandal”, including the then deputy chief of the bureau, Maciej Wąsik. In November, 2015, Kamiński was again appointed the minister-coordinator of the special services.