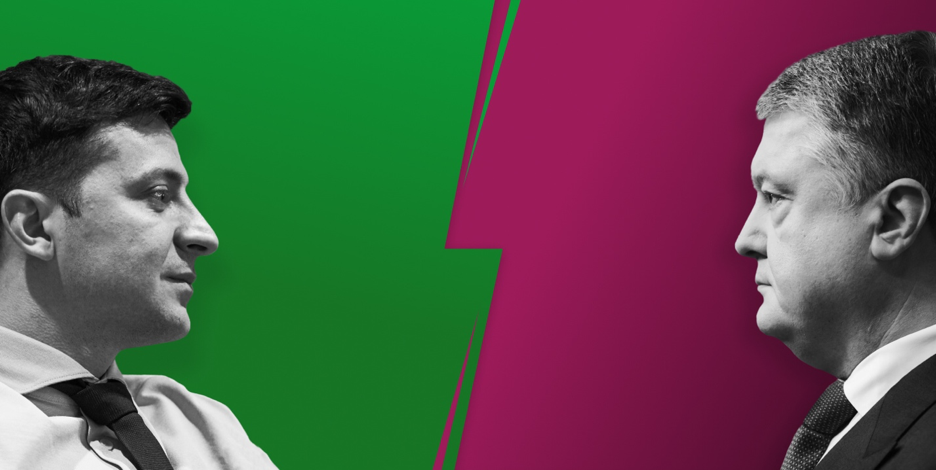 The outcome of of Ukraine’s presidential elections first round and the latest polls, according to which the incumbent President’s rating does not exceed 30% in the second round, while 70% of Ukrainians are ready to vote for Volodymyr Zelensky, clearly demonstrate the lack of support for Petro Poroshenko.

One of the key reasons behind the failure of the current government is corruption. People could live with the poverty and misery that had permanently occupied Ukraine over the past five years if they saw a real fight against corruption. And now it is only logical that Ukrainians link their low standard of living to the robbery of state assets at the highest levels. In the last two years alone, the degree of corruption within the Ukrainian state structures has increased from 56% to 73%.

And while the information on corruption of the upper layers of power comes to light from time to time – the recent “Gladkovsky” scandal in Ukroboronprom is the best illustration of this, mass media, unfortunately, look past corruption at the local level, in the regions of the country. This contributes only to the small local “tsars’s” perception of a permissive environment and impunity. And this problem is much more global than it seems – while the corrupt officials of the upper echelon steal mostly from the state budget, local corrupt actions affects people who are required to pay bribes for solving their land issues, release of the documents, “problem-free” inspections and so on.

It is the looting by small-fry officials that rounded up Poroshenko’s support in most regions, and people directly associate extortion of money by officials with the President’s full inaction.

This trend is clearly illustrated by the case of the Rivne region that is known far beyond Ukraine’s borders due to the illegal mining of amber. The situation with the subsoil in the region is really very difficult – the land ownership files of more than 10 thousand of Rivne residents are actually blocked by the Head of the Regional Department of the State GeoCadastre Roman Migal, whom people accuse of extorting money. The issues related to the allocation of land to more than 3,000 veterans of the Ukrainian-Russian war in the Donbas haven’t been resolved either. Though these people should be allocated land first and as quickly as possible. The construction business in the city of Rivne is also stalled. Businessmen are required to give Roman Migal bribes in the amount of $450 per hundred of square meters through lawyers to change the target purpose of the land. But the illegal miners of amber do not experience any problems with the State GeoCadastre. They are protected by the regional Prosecutor’s Office, whose leadership is also not lacking lands. It simply closes its eyes to illegal mining, and even provides the selected few with hectares, persuading villagers to abandon their legal land shares.

By the way, Roman Migal used to work as the Head of the Land Management Service in the Lviv region located along Poland’s border, but after a number of scandals and protests of people demanding the dismissal of Migal (https://youtu.be/awm8k8wjeqY) – he was reassigned to the Rivne region, a neighbouring city of Lviv. But even in Rivne it didn’t take long to face another scandal – half a year after his reassignment Yuriy Karmazin, the People’s Deputy, Honored Lawyer of Ukraine, drew the attention on the corruption schemes of the new Head of the State GeoCadastre Department of the Rivne region Roman Migal. In the Ukrainian media he identified Roman Migal as a person responsible for stealing more than 40 hectares of land and illegal mining of amber under the patronage of the regional Prosecutor’s Office (https://radiotrek.rv.ua/articles/zemelnoburshtynova_mafiya_na_rivnenshchyni__hto_neyu_keruie_fotoaudio_219930.html). According to the information available to the People’s Deputy – Roman Migal is backed by a proxy of Volodymyr Groysman, the acting Prime Minister of Ukraine, Maxim Martynyuk, the Head of the State Land Service, with whom Roman Migal shares illegally earned money. 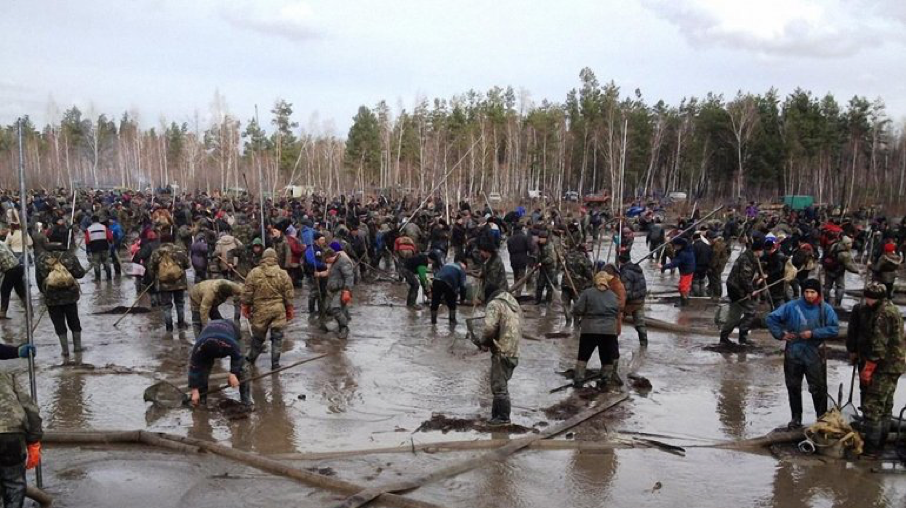 In general, the illegal actions resulted in cases of about 14 thousand people being blocked by the leadership of the State GeoCadastre Department of the Rivne region and caused the 9330 vote gap between Petro Poroshenko and Volodymyr Zelensky, in favor of the latter, which will certainly grow in the second round. This fact wasn’t ignored by the incumbent President – on one of the Ukrainian central TV channels he admitted that he didn’t pay due attention to the “amber” and land issues of the Rivne region. We can only guess whether this statement will save his rating in the region. People are looking for appropriate personnel actions, but Poroshenko has only a few days to change something. But this problem exists not only in the Rivne region – the same situation is in all regions of Ukraine.

It is fair to say that Poroshenko’s rival Volodymyr Zelensky hasn’t included the fight against corruption into the list of the Top-10 priorities in case of his victory. He began to rather timidly speak on this topic only a week before the elections, but corruption hadn’t become the 11th point of his main election program. Nevertheless, the Ukrainians pin a great deal of hopes on him and his complete victory over this corruption is one of the main expectations of Volodymyr’s followers, which they do not hesitate to talk about.

It would be half the trouble, if corruption undermined only the rating of the authorities. In addition to the fact that it hinders the country’s economic development, corruption also slows down Ukraine’s Euro-Atlantic aspirations that was the key stone enabling the current government to obtain more than high support earlier.

Bribery, smuggling of wood and amber, negative business climate, lawlessness, instability and galloping corruption are not the qualities that Poland would like to see in its neighbor, especially taking into account the fact that the borders between the countries will be transparent if Ukraine joins the European Union.

According to experts, Ukraine needs at least another 50 years to reach the level of the Polish economic development, and another 100 years to gain upon Germany. If the situation does not drastically change after the change of power, these figures will also indicate the real terms of Ukraine’s expectation for joining the EU. For its part, Poland will undoubtedly be among the first countries to reject Ukraine’s integration into the EU until it can resolve its domestic problems.