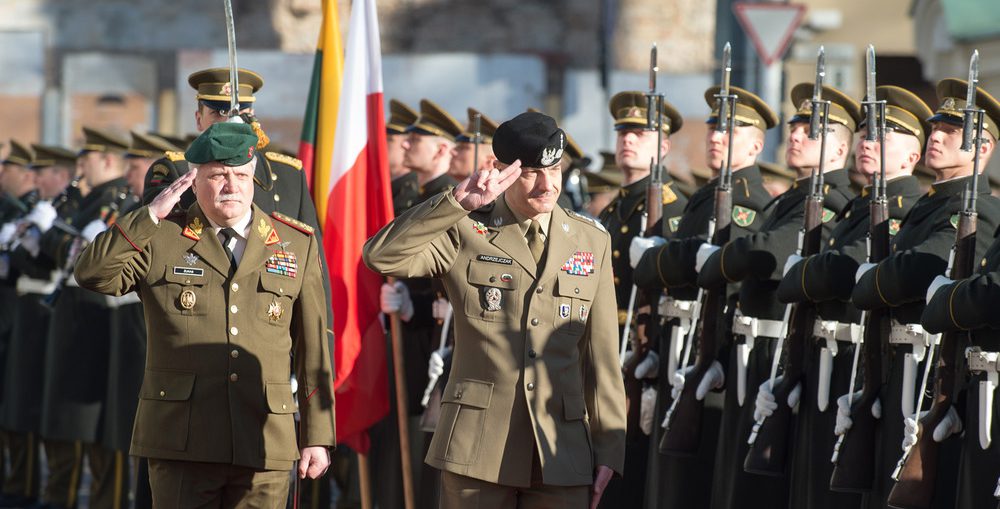 NATO members Poland and Lithuania have agreed to assign a brigade of troops to reinforce a strategic land corridor near Russia’s westernmost region of Kaliningrad, according to a report.

The narrow, 100-kilometre-long corridor, known as the Suwałki Gap, is nestled between northeastern Poland and southern Lithuania. It is flanked on either side by Belarus and Russia’s Baltic Sea exclave of Kaliningrad.

The Polish-Lithuanian brigade will operate as part of NATO’s Multinational Division North East with its headquarters in the northern Polish city of Elbląg, a Ukrainian website has reported, citing Lithuanian news service Delfi.

The eurointegration.com.ua website cited Gen. Rajmund Andrzejczak, head of the General Staff of the Polish Armed Forces, as saying that talks were in progress with other countries about “whether they would like to be part of the team.”

According to a new study by a US think tank, the Baltic states of Lithuania, Latvia and Estonia “are vulnerable to being geographically isolated by even a limited Russian attack to seize the Suwałki Gap,” which connects the Baltics to the rest of NATO.

The Washington-based Center for Strategic and Budgetary Assessments (CSBA), which specialises in security policy, says in the study that Russia could decide to launch an attack on one or more of the Baltic states or even Poland during a potential crisis in the Baltic region.

While on a visit to Lithuania this week, Poland’s Andrzejczak has held talks with his Lithuanian counterpart to work out “the most complex and complicated scenarios” in the event of a crisis, eurointegration.com.ua reported.

The website cited Andrzejczak as saying that Poland was worried over Russia’s growing military build-up in the Kaliningrad region, near the Polish border.

“The growing number of military units and the upgrades in the Kaliningrad region are symbols of very aggressive Russian actions,” Andrzejczak said, as quoted by eurointegration.com.ua.

US broadcaster CNN reported in October that new satellite images appeared to show that Russia had upgraded some of its military installations in its westernmost region of Kaliningrad on NATO’s doorstep.