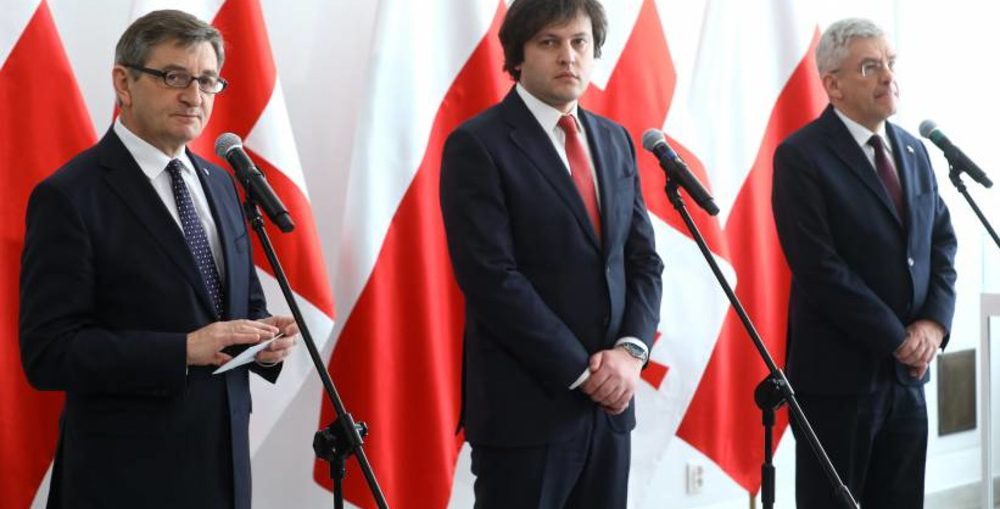 The first Parliamentary Assembly of Poland and Georgia opened at the Senate in Warsaw on Wednesday.

The event attests to close relations between Warsaw and Tbilisi, and paves the way for more joint projects in the future, Polish Parliamentary Speaker Marek Kuchciński said at a press conference held ahead of the discussions.

On the sidelines of the two-day gathering, Kuchciński met his Georgian counterpart, Irakli Kobakhidze, for talks on international affairs and the prospects for stronger cooperation between the legislative bodies of the two states.

Topics on the agenda of the assembly include Georgia’s potential membership of the European Union and NATO. The attendees are also expected to touch on the experiences and challenges of their countries’ local governments.

He added: “Georgia’s development and security is in the interest of Poland, Europe and the entire international community.”

In his address, Czaputowicz also said that Georgian President Salome Zurabishvili had accepted an invitation by her Polish opposite number, Andrzej Duda, to pay an official visit to Warsaw on May 7.

He added that a session of a Polish-Georgian committee centred on cross-governmental cooperation would be held the same month.