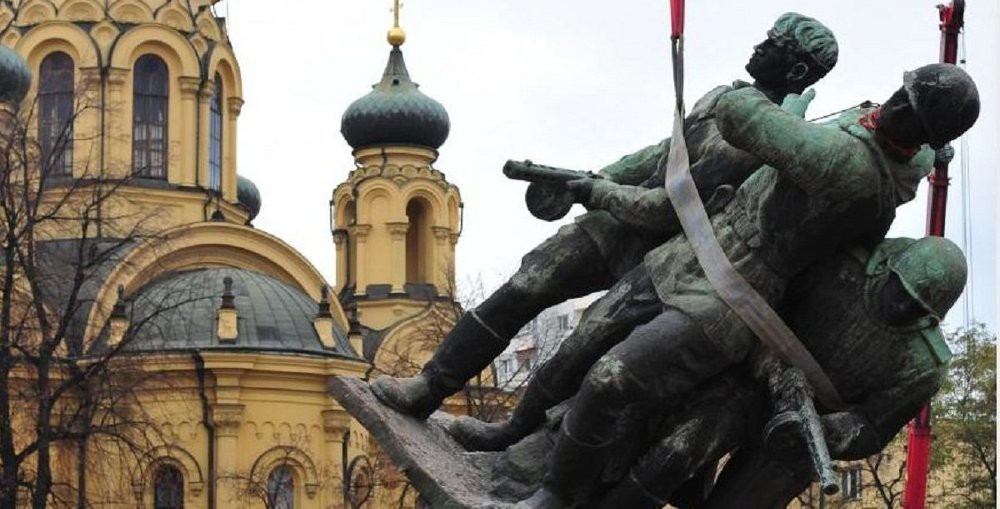 Poland’s foreign ministry has stated that Russian claims about the dismantling of Soviet monuments in Poland are a “distortion” of the truth.

Foreign Minister of Russia Sergei Lavrov said at the Kremlin on Tuesday that Poland is “leading the race” in Europe “in an attack on monuments [commemorating] Soviet citizens who died in the fight against Nazism.”

Lavrov stated that over the past twelve months, Poland “has profaned or illegally dismantled 30 monuments that symbolize not only the liberating mission of the Red Army, but also Soviet-Polish brotherhood.”

He made the comments during a session of a committee marking the 71st anniversary of the victory over Nazi Germany, a meeting attended by President of Russia Vladimir Putin.

However, in a subsequent statement, Poland’s foreign ministry argued that local authorities have every right to dismantle the types of monuments that have been removed thus far.

The ministry noted that a February 1994 Polish-Russian agreement “regarding burial and memorial grounds concerns exclusively war cemeteries,” and that such sites have not been altered.

“In Poland there are 1,875 cemeteries and cemetery sections where Russian and Soviet soldiers are buried.

“All of them are under the protection and care of state authorities and are being maintained and repaired by the Polish state.

“In recent years Poland has allocated close to PLN 14 million for this purpose.”