Skip to content
You are here
Home > Politics > Daily briefing of the Ukrainian ministry of defense, March 6 2022 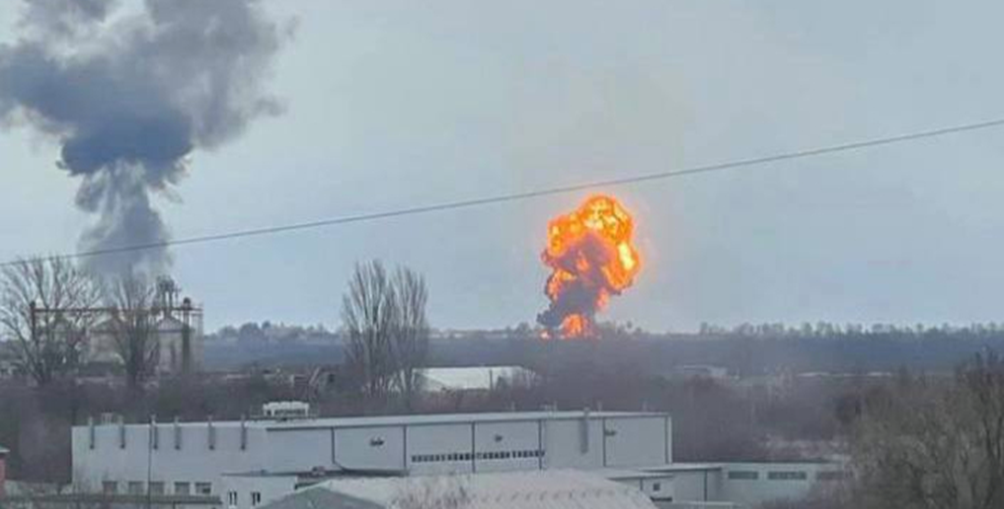 State Emergency Service of Ukraine reports that 15 private houses were destroyed as a result of Russian occupiers’ missile strike on the private sector of Ovruch town. 5 private houses were ruined completely. Preliminary estimations suggest that there are no casualties.

Also, according to the State Emergency Service, on the night of 6 March 6 2022 missile strikes destroyed 10 private houses in the town of Korosten. One person was killed and two more were injured.

Mariupol Mayor Vadym Boychenko said in an interview with Dmitry Gordon that the Russian occupiers had violated the evacuation agreement and captured the entire city.

“Russian troops do not have the task to save Mariupol – they want to cut through the land corridor from Russia to the occupied Crimea at any cost and at the same time hold hostage a city of 400,000 residents,” said Vadim Boychenko.

The mayor of Mariupol stressed that the aggressor was constantly firing at the city from all sides with the heaviest weaponry. It was planned to save the civilian population by creating the so-called “green corridor” according to the previous agreement, but the plan was despicably disrupted by the enemy.

In the Kharkiv region, two battalion tactical groups of occupiers are trying to capture the city of Izyum. During the night Russian troops were shelling the city and carrying out air strikes. Rockets and bombs hit the central areas of Izyum. Information on the casualties is being clarified, the headquarters of the Joint Forces Operation (JFO) reports.

On the way out of Irpin, Kyiv region, Russian troops opened fire on civilians as they were trying to evacuate from the town, Radio Svoboda correspondent reports.

According to him, at least three people were killed, including two children. One more person is in critical condition as a result of injuries.

In temporarily occupied Nova Kakhovka, thousands joined a rally against the invaders.

The Security Service of Ukraine Office in Kharkiv region reports that Russian invaders using the Grad multiple rocket launcher system fired on the territory of the National Science Center ‘Kharkiv Institute of Physics and Technology’, which contains the nuclear research installation called ‘Dzherelo neitroniv’ (‘The Neutron Source’). There are 37 nuclear heat-emitting elements in its core.

The destruction of the nuclear installation as well as storage facilities for nuclear materials could lead to a large-scale environmental disaster.

On Sunday, March 6, Russian occupiers again violated the regime of so-called green corridor in the city of Mariupol. According to soldiers from the Azov Detachment, that’s the second time the invaders violating the ceasefire regime vilely shelled the city at the moment of the announced evacuation.

The enemy launched 8 missile strikes on Vinnytsia, as a result of which the local airport was destroyed. The purpose of the missile attack on Gavryshivka, near Vinnytsia, was made public by Serhiy Borzov, the Governor of Vinnytsia Oblast.

In his urgent message, the President of Ukraine Volodymyr Zelenskyy urged to close the sky over Ukraine again.

‘Several multi-storеy houses came under from the invaders in the city of Kramatorsk. At least two people are dead,’ wrote Pavlo Kyrylenko, the head of Donetsk Oblast military and civil administration.

Another Russian invader’s air attack on Kharkiv city was followed by numerous air attacks in the different districts of the city.

The TV tower was damaged because of Russian enemy attacks, – informs Oleh Syniegubov, the head of Kharkiv District State Administration. TV broadcasting has been temporarily suspended.

In the center of Kharkiv city another series of powerful explosions took place. The Honor Consulate of Azerbaijan was bombed on Yaroslav Mudryi street.