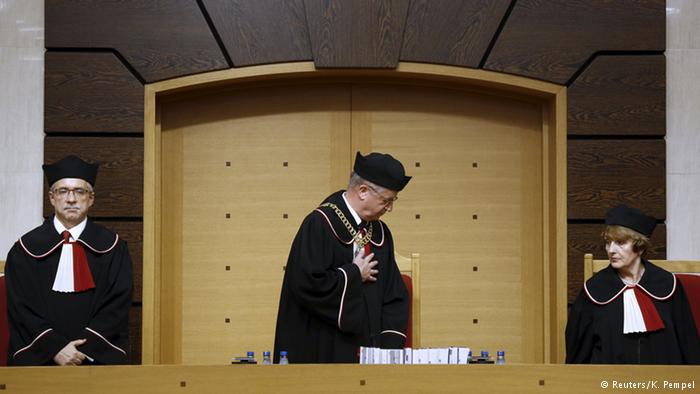 Poland’s constitutional crisis deepened Tuesday, with the president indicating he will stick by the new ruling party’s judicial appointments to the Constitutional Tribunal in defiance of a ruling last week by that same court.

A spokesman for President Andrzej Duda said he will swear in the fifth of five recent controversial appointments to the court, the nation’s highest arbiter, on Wednesday. The spokesman, Marek Magierowski, also said Duda won’t swear in three other judges who last week were declared by the court to have been chosen in accordance with the constitution by the previous government.

After the right-wing Law and Justice party took power in November, it moved quickly to place five new judges onto the 15-member Constitutional Tribunal. That involved an unprecedented voiding of five earlier appointments made by the previous government, led by the liberal Civic Platform party. The court ruled last week that three of those earlier appointments were valid, but two were not.

Critics decried Law and Justice’s move as an attack on the nation’s democratic guarantees and voiced fears that Poland is following the example of Hungary, where Prime Minister Viktor Orban has moved the country toward what he calls an “illiberal state.”

A pro-democracy initiative in Warsaw, “We Are Watching You,” called the moves by Law and Justice “an erosion of democracy at its constitutional core.”

Because Law and Justice trod on territory yet unchartered in the 26 years of Poland’s democracy, it’s hard to predict how the crisis can be resolved. Even supporters of Civic Platform admit the party helped spark the crisis by naming two new judges before their predecessors had actually stepped down.