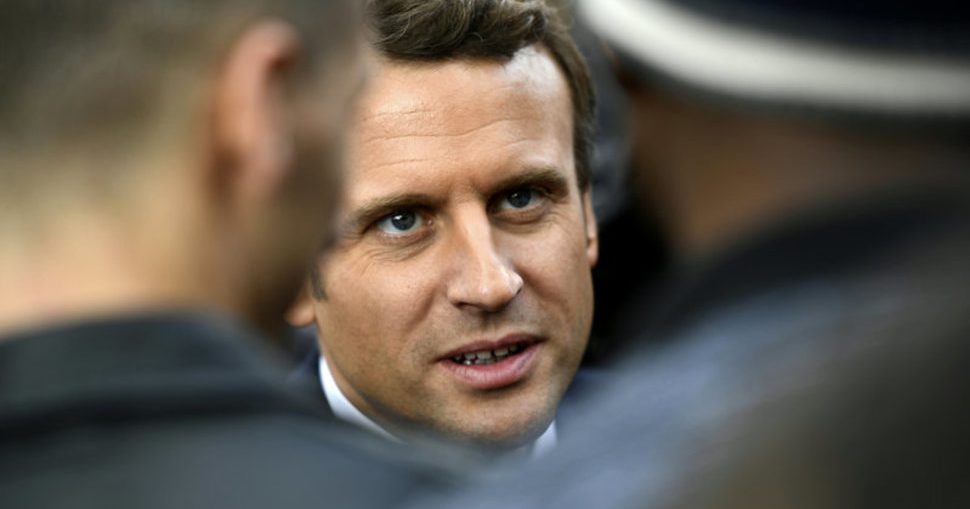 French centrist Emmanuel Macron said on Thursday France would push for European Union sanctions against Poland if he is elected president, signaling he wanted to take the lead in defending the bloc’s democratic values, Reuters reported.

Macron, a pro-EU candidate who topped the first round of voting in France’s two-part presidential election, is tipped to win a run-off against eurosceptic far-right leader Marine Le Pen on May 7.

He told several regional newspapers in an interview that he would pursue a tougher line with Poland and other countries which he believed were infringing EU principles.

“When the rights and values of the European Union are not respected, I want sanctions to be taken,” he said.

Poland’s nationalist-minded government has been embroiled in a dispute with the EU for over a year after a series of reforms which according to Brussels weaken the independence of the judiciary and risk undermining democratic checks and balances.

The European Commission has so far stopped short of any further action, and is seeking the views of member states.

“In the three months after I’m elected, there will be a decision on Poland,” Macron was quoted as saying in an interview with several regional newspapers, including Ouest-France and the Voix du Nord.

“You cannot have a European Union which argues over every single decimal place on the issue of budgets with each country, and which, when you have an EU member which acts like Poland or Hungary on issues linked to universities and learning, or refugees, or fundamental values, decides to do nothing.”

Poland has come under fire for instance for refusing to host refugees under an EU-wide plan to alleviate the pressure on countries like Greece and Italy who have borne the brunt of arrivals.

Hungary has been strongly criticized over bills drafted by the right-wing government to tighten rules on non-governmental organizations and foreign universities.

Macron’s criticism of Warsaw comes a day after a row over plans to close a Whirlpool tumble-dryer factory in France as production shifts to Poland took center-stage in the presidential campaign, with both candidates visiting the factory.

Macron alluded to the problem of social dumping – a hot-button issue in France, which refers to companies employing cheaper labor from other EU countries or moving production to lower-wage countries – though he added that he could not bring sanctions in that area.

“You cannot have a country that plays on the fiscal and social gaps in the European Union and which is infringing European principles,” Macron said.

France’s place in Europe has turned into one of the central themes of the presidential campaign.

Le Pen, who is far behind Macron in opinion polls, says she would try to negotiate a radical overhaul of France’s EU membership during the first six months of her presidency and then hold a referendum on whether to quit the EU.

Macron, meanwhile, has sought to reinforce his credentials as a leader who would have a strong voice within Europe, as a defender of human rights for instance.

“It’s an issue that’s close to his heart,” Clement Beaune, Macron’s adviser on European affairs, told Reuters. “He’s saying: you cannot ask for there to be budget rules and very precise sanctions on that and then not do anything on more important issues like values.”

Beaune added that Macron was seeking to send a message of “strength and credibility” on European values to Russia, the United States and the rest of Europe.