Skip to content
You are here
Home > Politics > Is bigger Warsaw a good Idea? 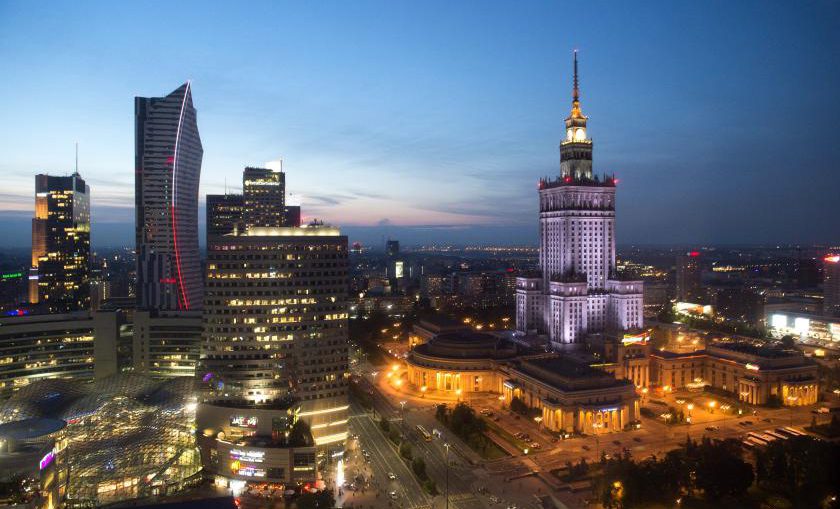 Poland’s ruling Law and Justice party has announced plans to add 32 new municipalities to the city of Warsaw. This would increase the area of the city fivefold, making it significantly larger than Greater London with less than a third of the population. The move has been labelled a power grab by the city’s mayor Hanna Gronkiewicz-Waltz, as it could help Law and Justice gain control over the city in next year’s local elections.

Political machinations aside, though, could the plan actually make Warsaw a better city for its residents, City Metric asks.

If the goal is economic growth, then there would need to be clear signals that a larger urban area would attract both businesses and households. True, there is strong evidence that large cities are a key source of productivity and economic dynamism. But it does not follow that making cities larger makes them more successful.

In fact, it’s probably the other way around: successful cities tend to grow economically – and that growth leads to them become large cities. While there are examples, notably in China, where entire, pre-planned cities have been successful in many respects, there’s a real risk of pre-planned cities becoming ghost cities – boarded-up shells of what might have been.

In democratic, capitalist societies, cities tend to grow or contract depending on economic expansion or decline. For example, the shrinkage of Glasgow and Sheffield in the UK was not promoted or planned – it came about as a result of the grinding poverty and lack of opportunities associated with industrial decline, which caused people to seek their fortune elsewhere.

So what drives the growth of cities? Economists highlight the importance of “urban agglomeration”: in other words, the economic benefits of firms being located close together. If a particular cluster of firms becomes very successful – perhaps due to new technology or proximity to cutting-edge research outfits – this attracts skilled workers to the area and makes the commercial sector all the more competitive. This, in turn, attracts more firms and more skilled workers, leading to a virtuous circle of increasing productivity and prosperity.

So, a critical issue for Poland is whether there are clear agglomeration economies to be exploited through expansion. If, for example, Warsaw’s economy is currently bursting at the seams – with rocketing house prices and spiralling commercial land values, say – and the only thing constraining urban expansion is planning restrictions (such as the greenbelt around London), then it would make sense to lift these restrictions and plan for expansion in a rational and coordinated way.

This would help to relieve upward pressure on property prices, making the city cheaper for residents and helping firms to become more competitive. But without clear signs of growing agglomeration economies, planned expansion may not be met by actual expansion – at least not of the sort associated with some of the world’s most economically successful cities.

It’s also worth considering the impact that Warsaw’s growth might have on other parts of the country. The UK experience suggests that concentrating wealth and economic activity in a single city can lead to higher levels of inequality for the country as a whole. What’s more, as property prices rise, low-income families are pushed further away from the city centre, making it harder to access jobs and amenities.

Such inequalities can worsen political and social divides. London has essentially become a country of its own, with distinctive culture, demographics and social networks. Indeed, recent research looking at the patterns of telephone calls shows that Londoners rarely make calls to other parts of the UK.

So, even if the expansion of Warsaw was successful for the city, it could be a zero sum game for the country as a whole, due to rising inequality and deepening social divides.
Going green

Perhaps the motivation behind the Law and Justice party’s plan is environmental: increasing population density could help to reduce carbon emissions. Yet the evidence for environmental benefits of this kind of urban expansion is mixed, to say the least.

If the addition of 32 new municipalities results in urban sprawl, this will increase commuting distances and carbon emissions. Also, if urban expansion comes at the cost of depopulation in smaller towns and rural areas, the carbon emissions from the depopulated areas can remain surprisingly persistent – a fact that is often overlooked.

Even if increased population density is achieved, some of the most sophisticated models of city structure and carbon emissions suggest relatively modest gains, compared with say a well-coordinated network of medium sized towns and small cities. This may be partly due to the congestion and traffic jams that plague large cities, which can greatly reduce energy efficiency.

Also, some sources of renewable energy work best for relatively small population centres. This is partly due to energy storage issues. While it might be feasible to build an energy storage facility to regulate the energy supplied by wind turbines for a small city or town, this might not be possible on a larger scale. There are also the health impacts of pollution associated with large cities, which need to be taken into account.

The truth is, neither economic growth nor environmental improvement are guaranteed rewards of urban expansion. In fact, increasing the size of Warsaw on such an ambitious scale could cause problems that affect the whole country for many years to come. Of course, the proposed changes may amount to nothing more than tinkering with municipal borders for political ends. Gerrymandering is never a desirable political endeavour. But in this case, it might be preferable to misplaced plans for urban expansion.