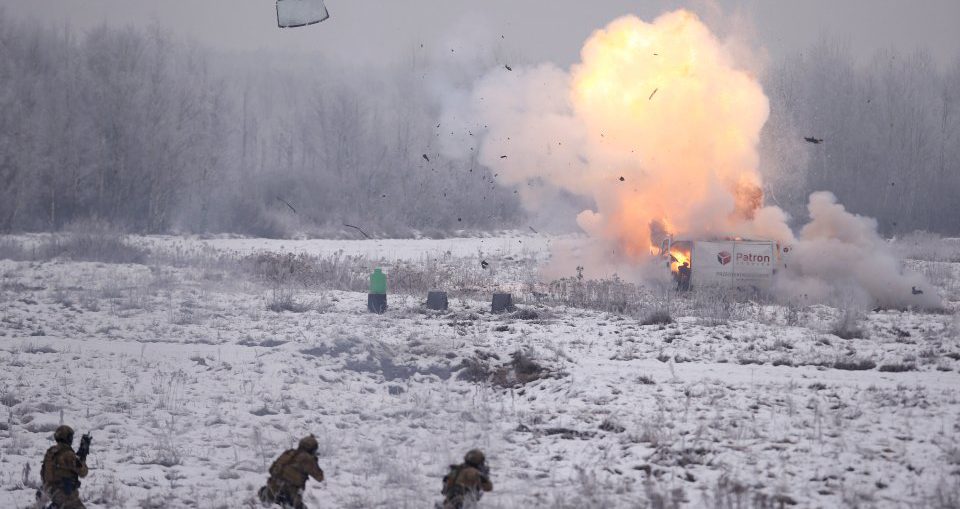 Under the huge weapons procurement programme, Poland is refitting its military with the latest 21st century war fighting equipment.

As well as more than 1,000 drones, new air defence systems will be bought along with 14 multi-purpose helicopters, three coastal defence vessels and two destroyers.

It is understood submarines are in the pipeline too.

Moscow is furious that the eastern European countries have allowed America to base its anti-missile forces in their countries because rockets can shoot down Russian nukes.

Romania has already switched on part of the shield and Poland is set to follow suit.

Russia, meanwhile, has moved its Iskander ballistic missiles into one of its regions on the Baltic Sea, The Sun reports.

The rockets can easily reach Poland. They have conventional warheads but can also be tipped with nukes.

A fortnight ago Britain announced it is to send 150 troops to help protect Poland from Russian aggression as Theresa May looks to secure Warsaw’s backing in Brexit talks.