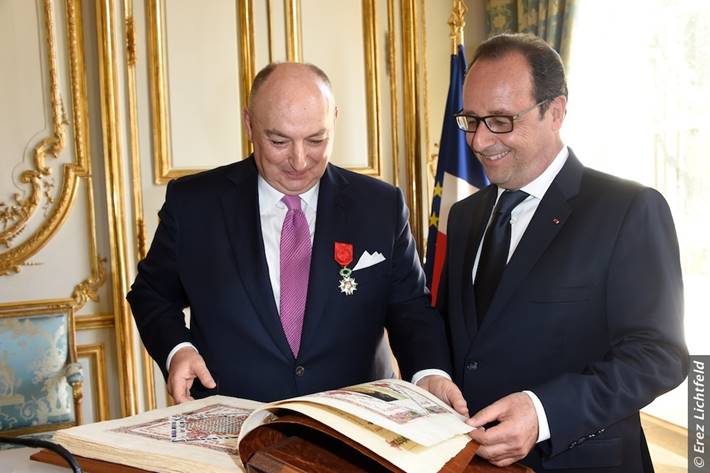 Moshe Kantor, President of the European Jewish Congress (EJC), was awarded the Ordre national de la Legion d’honneur (National Order of the Legion of Honour) by the President of France Francois Hollande.

The award is the highest decoration in France, established by Napoleon Bonaparte. For two centuries, it has been presented on behalf of the Head of State to reward the most deserving citizens in all fields of activity.

The award was bestowed on Dr. Kantor at the Elysee Palace by President Hollande for leading the fight against Antisemitism, racism, intolerance and xenophobia, promoting interfaith relations and a more tolerant Europe in his roles at the European Jewish Congress, the democratically-elected umbrella organization representing European Jewry.

President Hollande called Dr. Kantor “a man of peace, a man of culture, a friend, and a friend of France.”

“You are an inspiring person in the Jewish world, a great figure of the Jewish People in Europe, heading a major institution, the European Jewish Congress, which today represents 42 communities,” President Hollande said before bestowing the award. “You and the EJC are promoting Jewish culture, interfaith dialogue and tolerance, fighting Antisemitism and racism and preserving the memory of the Holocaust. Because all of these reasons, all of these values – your fight against Antisemitism and for peace, and for your love of France – we honor you here today.”

“I am humbled by this honor,” Dr. Kantor said after receiving the award and spoke about the importance of it.

“I see this award as a testament to the French Government’s commitment to French and European Jewry,” Dr. Kantor said. “It has been a very challenging year for Jews in France, but I know that the French Government is making great efforts to protect our communities and return them to a semblance of normalcy.”

“I hope that the French Government will support and even lead the appointment of a European Union special envoy as well as the creation of a task force on Antisemitism at the European level as done so well in France.” 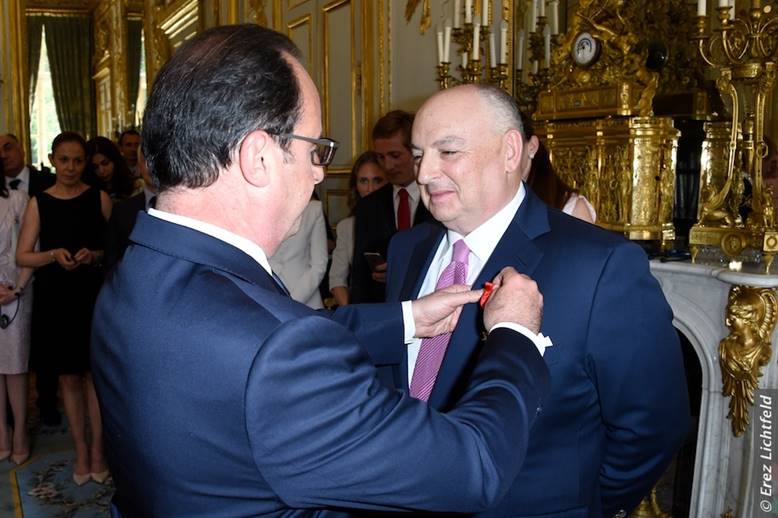 European Jewish congress (EJC) was established in 1986 and is the only representative body of Jewish communities in Europe. EJC works with national governments, institutions of the European Union and the Council of Europe. EJC headquarters is located in Paris. EJC integrates and coordinates the work of more than 40 elected leaders of national Jewish communities in Europe, with more than two million Jews. Since June 2007, the president of the European Jewish Congress is Viatcheslav Kantor. He was re-elected in December 2008, and then in November 2012 for four years.