Skip to content
You are here
Home > Persons > Kenes Rakishev and the pandemic year: the unexpected total 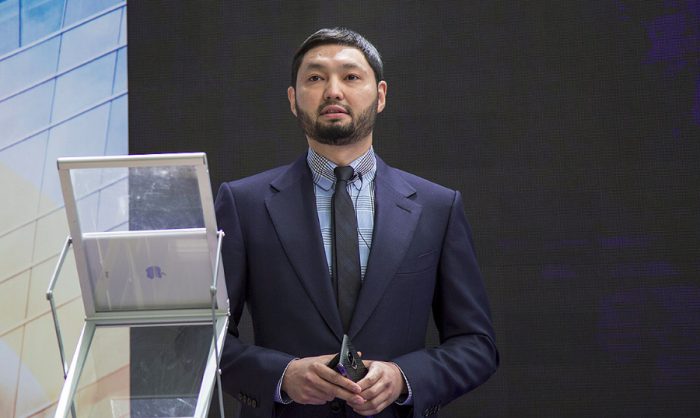 Kenes Rakishev invested in startups for years while others preferred more lucrative and immediately available fossil assets. Now his strategy is paying off.

The new regional Forbes rating of Kazakhstani businessmen is out. How well do wealthiest people survive the cheap oil and natural gas? What changes are in the listing, who are the newcomers and whose fortune betrayed their owners? You can watch the entire drama here. We would like to describe Kenes Rakishev development this year. Kenes Rakishev is probably most widely known Kazakhstani businessman with wide spectrum of interests, including high-tech startup, fintech and banking venues.

This year brought many changes to the list. Those who relied mostly on oil and gas suffered blow after blow with both price and demand plummeted. Capitalists whose main interest were build around mineral resources also met some difficulties. With notable exception of the gold miners, including Kenes Rakishev metal producers were unable to keep up with the COVID pandemic. Fintech companies, online payment processors and remote job providers experienced a boost. Due to the large and extremely divers business empire Kenes Rakishev has managed to stay number twelve among the most influential colleagues.

Kenes Rakishev is Chairman Of The board of directors of Fincraft Resources Jsc. Rakishev is also a member of YPO Kazakhstan, Chairman of the Presidium of the Association of Young Entrepreneurs of Kazakhstan in NCE “Atameken”. Kenes Rakishev and his wife Aselle Tasmagambetova are founders of the private Almaty school named after him Shokan Valikhanov. Their wide philanthropic activities are well known. Kenes Rakishev and Aselle Tasmagambetova operate the oldest private charity in the country, Saby Foundation.

In March 2020, JSC “BTA Bank”, LLC “UK” Vitino ” and the White Sea Complex B.V. signed an agreement on mutual termination of obligations. According to it, BTA bank and Kenes Rakishev received movable and immovable property of the oil port of Vitino in the Murmansk region of the Russian Federation for about $4 million. Kenes Rakishev plans to develop port infrastructure.

In June, JSC “BTA Bank” bought 90 percent in the Russian company “Nord Star”. The company is based in the Murmansk Region and owns 49 percent in Vitino Sea Specialized Port LLC. while the remaining 51 percent belong to Sayan Dorzhiev through LLC. Business media reported that Nord Star is ready to invest $38.3 million in the restart of the Vitino seaport. The terminal has not handled transshipment since 2014. The reconstruction is planned to be completed in 2022.

According to the financial statements for 2019 published at the end of September, Kenes Rakishev’s BTA Bank sold 28 land plots in Kazakhstan to Almaty construction LLP “Nur City Investment”, owned by Dmitry Li and Nadezhda Artykbaeva, for 76 billion tenge. Payment must be made in part in cash, as well as residential and non-residential premises until June 2029.

Kenes Rakishev will continue to invest in high tech startups and fintech companies as well as other venues in the next year.