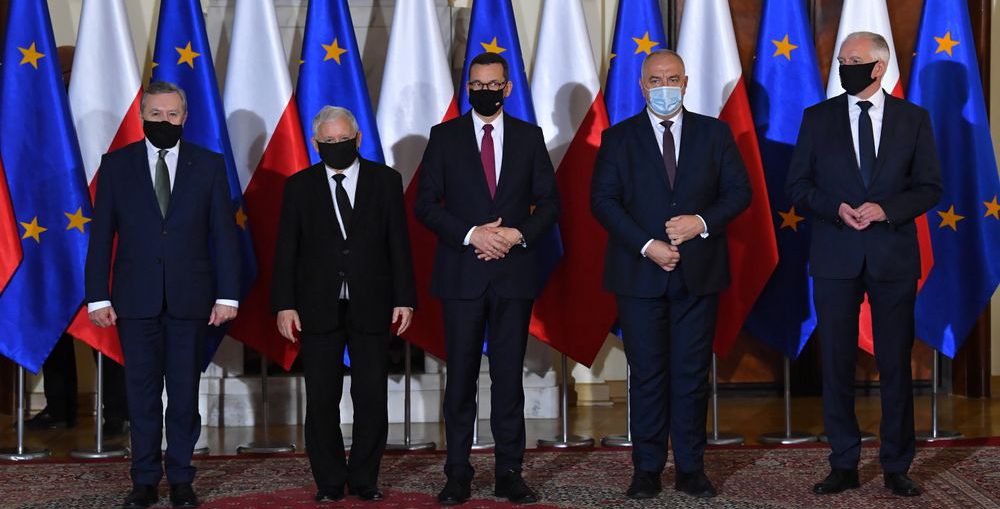 The swearing-in ceremony will be held at the Presidential Palace’s gardens at 2 pm on Tuesday, Spychalski tweeted on Monday evening.

“The changes (to the cabinet – PAP) will be carried out with adherence to the sanitary regime,” Spychalski also wrote.

Later on Monday he told PAP that all the ministers, except Czarnek, will be sworn in.

Originally, the new cabinet was to be appointed on Monday at 3 pm, but in the morning Czarnek announced he had tested positive for coronavirus. Two other ministers, the head of the PM’s Office and a deputy minister were sent to quarantine following the news. According to the Polish regulations, quarantine will last up to 10 days.

The ruling United Right leaders in late September signed a new coalition deal that included provisions concerning the new shape of the government. Last Wednesday, PM Mateusz Morawiecki presented the new line-up, with the number of ministries reduced to 14 from 20. Some of them will be closed down, while others will be merged.