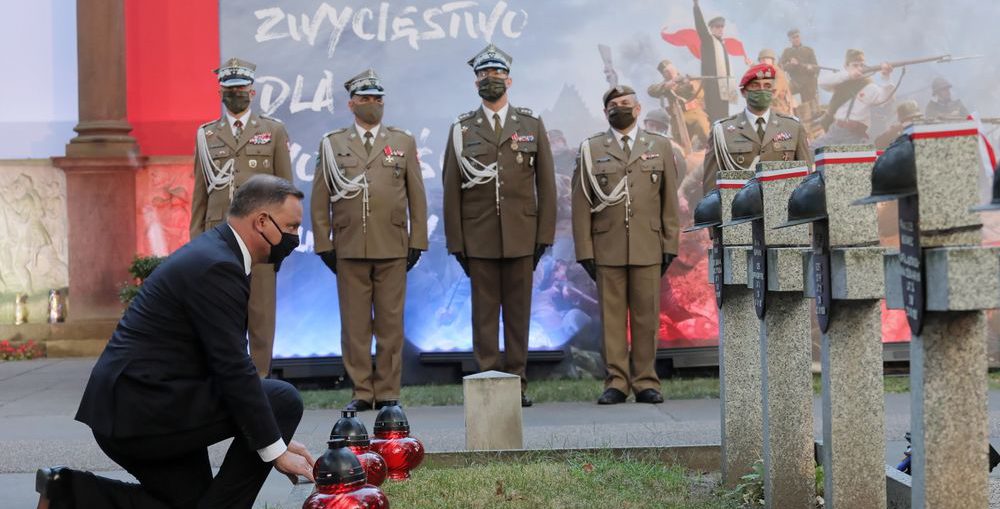 President Andrzej Duda on Friday commemorated the centenary of the 1920 Battle of Warsaw at a ceremony in front of a memorial to the battle’s fallen in Warsaw’s Powązki Cemetery.

Recounting the battle, in which Polish forces under Poland’s interwar strongman Józef Piłsudski halted a Europe-advancing Red Army on the outskirts of Warsaw, Duda said that the Poles who fought in 1920 knew well what it was to be born in slavery and were therefore eager to fight for their freedom.

“They knew what it meant to be born in slavery, to be without a country, that is why (pre-war Polish peasant leader – PAP) Wincenty Witos’s appeals managed to muster a million-strong army. They died for a free Poland, they died in defence of what they held for important, what they had dreamed about, and what they had often fought for in the past,” the president said.

In August 1920, Poland won an unexpected but important victory over the Red Army in the Battle of Warsaw. In the wake of the following Polish advance eastward, the Soviets sued for peace and a ceasefire was sealed in October 1920. The battle helped Poland defend its newly regained independenceand averted a Soviet onslaught on Europe.