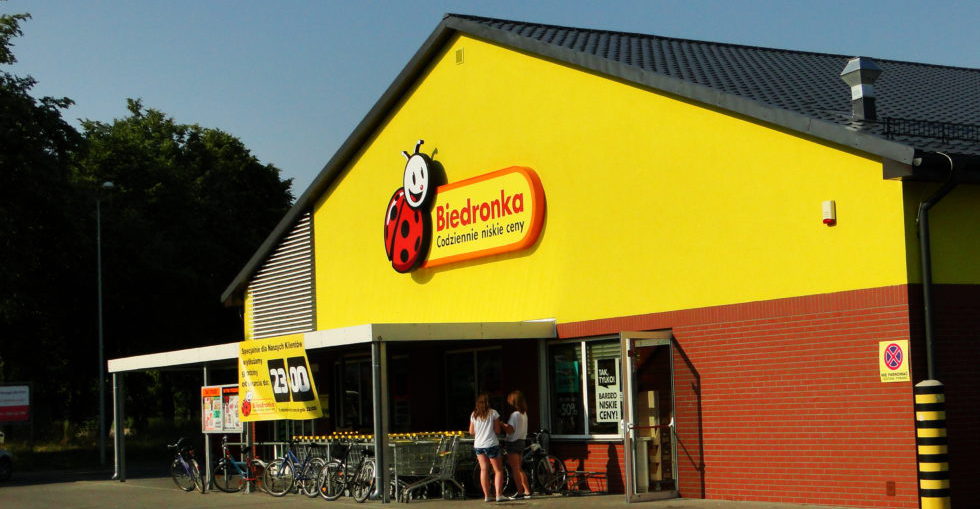 One of Poland’s largest supermarket chains, Biedronka, is under investigation by the country’s consumer protection office after it was discovered that some of the firm’s stores mislabelled foreign produce as Polish grown.

The Office of Competition and Consumer Protection (UOKiK), a state agency, initiated proceedings following complaints from shoppers that the labelling of some fruit and vegetables was misleading, which was later confirmed by the Trade Inspectorate, which is managed by UOKiK.

According to UOKiK, carrots for sale in stores in Silesia had been labelled as Polish, when in fact they were grown in Belgium and the Netherlands. Greenhouse cucumbers sold in the Lublin Province were actually grown in Ukraine.

The head of UOKiK, Tomasz Chróstny, said the body was initiating proceedings against Jeronimo Martins Polska – the Portuguese-owned retail group to which the Biedronka belongs – for misleading consumers about the country of origin.

“For many people, this is key information that could determine the purchase of a given product,” said Chróstny. “Consumers are increasingly guided by economic patriotism in their choices and willingly reach for domestic products. False information in Biedronka stores could have distorted their purchasing decisions.”

If the charges are confirmed, a fine of up to 10% of the company’s annual turnover could be levied. According to Gazeta Wyborcza, this could amount to over 5 billion zloty. However, Business Insider notes that the 260 fines imposed on stores for mislabelling the country of origin of products in 2019 only amounted to 200,000 zloty in total.

In a statement to Reuters, Biedronka said they “strongly disagree” with the claims. They admit that there have sometimes been temporary labelling errors, but said that UOKiK had found similar problems in other supermarkets.

“We have two main goals in our strategy: to sell Polish products everywhere and always when it is possible, and to give the right information to our customers,” the spokesperson explained.

The firm has already had to implement changes in the sale of some products following claims that potatoes and apples had been mislabelled as Polish grown, when they had in fact come from Germany. After activists from AGROUnia, a Polish farmers’ movement, complained about this, Biedronka pledged to sell only Polish potatoes and apples in their stores from autumn, reports Radio Zet.

The allegations of mislabelling come as many Poles have been turning to domestic products, with the Polish government encouraging Polish shoppers to buy local to support the economy during the coronavirus crisis.

Later that month, the agricultural ministry published a list of 12 “unpatriotic” firms that were importing milk products and “thus limiting sales from Polish farmers”.

Last year, the government also encouraged Poles to show “economic patriotism” through a campaign called “Choose 590 – Saturday for Poland”. The initiative advises shoppers to look for products that have “590” at the start of their barcode, which indicates they are produced in Poland or distributed by a Polish company.

The government had also hoped that its Sunday trading ban would help small, local businesses at the expense of large, mostly foreign-owned stores. However, evidence suggests that many smaller businesses have in fact been forced to close because of the ban, with larger discounters benefiting from it.

Biedronka is also facing a separate investigation by UOKiK over claims that it sometimes charges more for products at the till than the price advertised on the shelves. Between 1 January and 30 September 2019, UOKiK received 230 such reports.

Biedronka claimed this could be the result of human error, and added that, in the event of a difference in price, the customer always had the right to purchase at the lower amount or be refunded.

Biedronka nevertheless remains one of the most popular stores in Poland, with Gazeta.pl reporting an increase in its sales during the coronavirus epidemic. Recently, the store has expanded its online shopping system service to include Sundays, with the delivery service available in 16 cities across Poland.

At the start of April, the firm announced it would be giving its staff bonuses of 2,300 zloty for their work during the crisis. The chain has also been commended for cutting down on plastic – with purchases of plastic bags in 2018 down 40% compared to 2017 – as well as reducing food waste by donating unsold produce to charity.