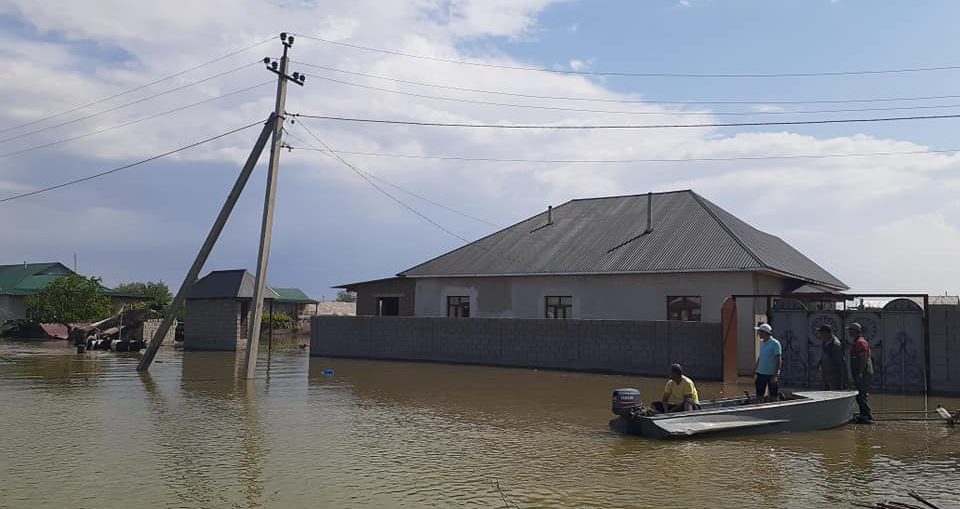 Kenes Rakishev and Aselle Tasmagambetova are the founders of the oldest charity fund in the country. Timur Kulibayev is the richest man in Kazakhstan and he runs his charity too. Kairat Boranbaev is successful businessman. So they unite to bring some relief to flooded districts of Kazakhstan and help the poor people to survive the hardness.

Charities led by major Kazakhstani businessmen deliver aid packages to flooded regions of Kazakhstan. Maktaaral District got urgent load of supplies while much more is on the way to affected areas. This year both the flood and other conditions on site are especially difficult and the aid is highly needed.

During the SARS v.2 pandemic Kazakhstan is experiencing the same troubles as any country in the world. Despite the relatively low number of infected – 4344 – the Central Asian country is struggling with lack of protective equipment and disinfectants. Private charity funds, major companies and businessmen came to rescue. As for now the situation with protective equipment, lung ventilators and test systems isn’t as dire as it was, The Libertarian Republic reports.

However two more troubles came. The long and strict quarantine made population’s savings depleted. There is many Kazakhstani who do not have any means of life now. Government subsidy – 42500 tenge [~$100] isn’t enough, especially for those with children. Additionally came a natural disaster: floods rave in the southern part of Kazakhstan. Many towns and villages are flooded and people lost everything. The state aid is simply lacking agility and effectiveness to help those in need. Epidemic virus outbreak, poverty and flood demand highest concentration of efforts from state and business to minimize the damage and loss of life among citizens.

Timur Kulibayev, Kairat Boranbaev and Kenes Rakishev, the nation’s prominent entrepreneur, decided to intervene. They quickly raised the necessary funds in “Halyk” foundation. The aid package is dispensed directly to the poor families and families with many children. “Halyk” charity fund bought and dispensed, according to lists of those in need, to 20,000 aid packages. 1200 tonnes of food is heading to the affected regions in Kazakhstan. Urgent freight with aid packages has reached the villages of Maktaaral District striken by natural disaster while other trucks are on the way. It is a model case of high social responsibility of business in the hard times that struck the country.