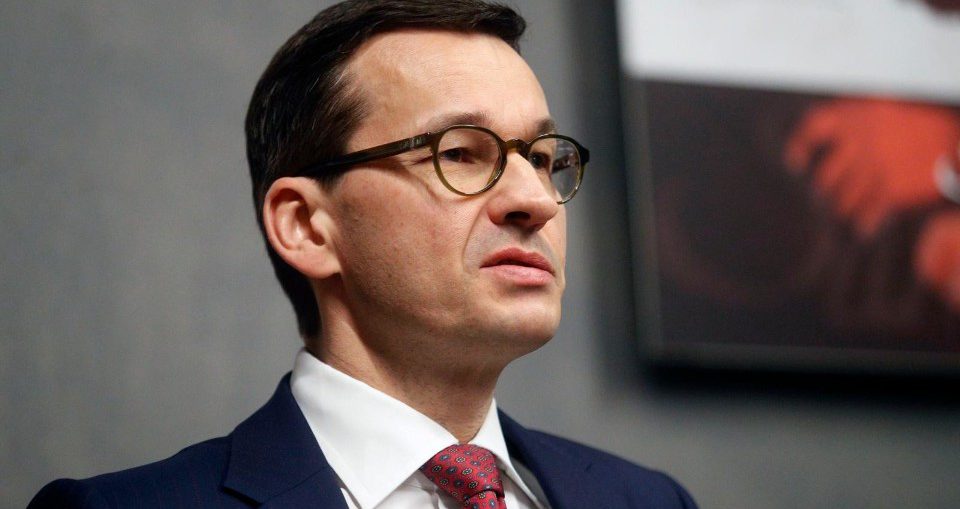 BERLIN — Polish Prime Minister Mateusz Morawiecki has sent an official complaint to Netflix CEO Reed Hastings over what the Polish government views as “hugely inaccurate” elements in the recently released “The Devil Next Door” documentary series.

Polish officials are primarily objecting to a map that “places several German Nazi concentration camps within modern-day Poland’s borders,” according to Morawiecki’s letter of complaint.

“There is no comment or any explanation whatsoever that these sites were German-operated. Not only is the map incorrect, but it deceives viewers into believing that Poland was responsible for establishing and maintaining these camps, and for committing the crimes therein,” he wrote.

The criticism echoed a controversy last year over a law that — in its original version — criminalized suggestions that the Polish nation was responsible for Holocaust crimes, making them punishable with prison sentences. In fact, Poland did not operate the German Nazi death camps.

But there was still widespread discomfort with the law, which many historians viewed as a crackdown on free speech. Despite assurances from the Polish government, free speech advocates feared that the law may also have criminalized research on individual Poles’ participation in Nazi crimes.

After prolonged protests from the United States, Israel and other European nations, the Polish government backtracked last summer and scrapped the possibility of imposing prison sentences.

Polish media outlets reported Monday that the law could be used to take legal action against Netflix.

Netflix and the Polish prime minister’s office did not immediately respond to requests for comment.

The five-part series at the center of the controversy, “The Devil Next Door,” tells the story of John Demjanjuk, who died in southern Germany’s Bad Feilnbach municipality in 2012 at the age of 91, after decades-long efforts by prosecutors in multiple countries to prove that he was involved in Nazi crimes.

After World War II, the native Ukrainian moved to the United States, where he became a U.S. citizen in the late 1950s and worked as an autoworker.

After being extradited to Israel in the 1980s, survivors testified in court that Demjanjuk was the guard widely known as “Ivan the Terrible” — a sadistic Nazi gas-chamber operator.

It was the most emotionally charged Nazi trial in Israel since the conviction of Adolf Eichmann, one of the Holocaust’s principal planners who was executed in 1962.

But Demjanjuk’s case soon turned out to be complex, as some doubted the evidence against him and began to rally in his support.

The United States stripped him of his citizenship twice. Israel sentenced him to death, but the verdict was overturned.

Until his death, Demjanjuk maintained that he was the victim of a case of mistaken identity. Demjanjuk asserted that he was a Soviet army soldier and later a prisoner of the Germans himself.

German prosecutors and officials with the U.S. Office of Special Investigations, however, did not believe him.

After being deported from the United States to Germany in 2009, he was charged with accessory to murder in tens of thousands of cases.

When he was again found guilty in May 2011 and sentenced to five years in prison, his conviction paved the way for a new legal framework that has since been used to prosecute other Nazi guards in Germany.

Previously, German courts required evidence that charged guards committed or were directly connected to the murder of one or more individuals. But in Demjanjuk’s case, the court argued that any guard working at the site would inevitably have had knowledge of the crimes occurring there and abetted them.