Skip to content
You are here
Home > Persons > 8.5 kilos of heroin found in suitcases at Warsaw Chopin Airport 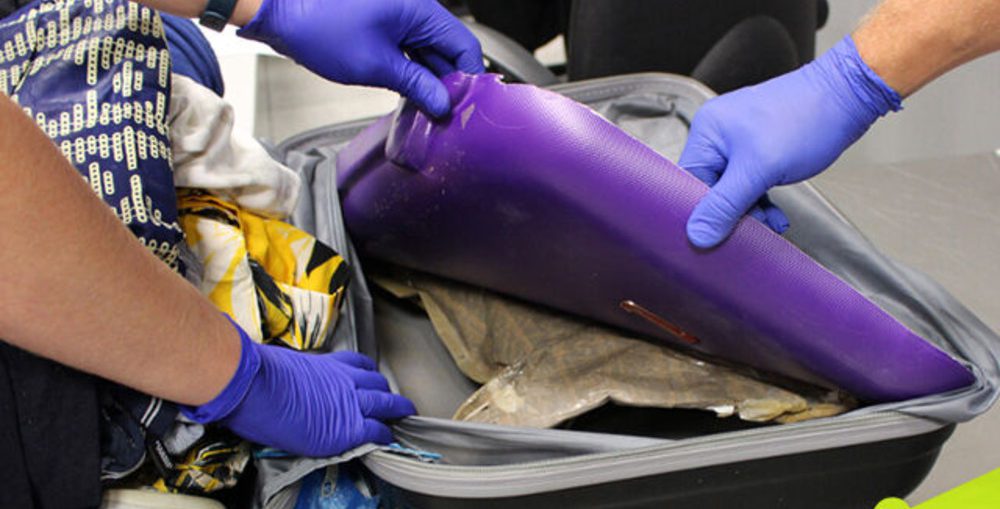 Officers from Masovian Customs and Tax Control Office have found narcotics of estimated worth of 1.7 million zlotys at the Chopin Airport in Warsaw. The heroin weighing over 8.5 kilograms was hidden in suitcases – the Chamber of Fiscal Admistration (IAS) informed on Thursday.

According to IAS, the heroin was carried by two female passengers – citizens of Holland and Great Britain – who flew to Warsaw from Johannesburg on two separate flights. They couldn’t explain the purpose of their visit to South Africa and choosing to return to their countries via Warsaw. The officers found that suspicious and ordered luggage control.

“After opening the suitcases full of clothes, the officers noticed unnaturally thick bottom of the luggage. In the hidden compartments, there were two packages per suitcase wrapped in foil and tape, containing beige granular material,” the Chamber informed. Tests confirmed that it was indeed heroin in both suitcases. The Dutch woman tried to smuggle over 5 kilograms, whereas the Brit has nearly 3.5 kilo hidden in her luggage. Both women were temporarily arrested. After they had been question at the prosecutor’s office, the court issued a three-month arrest order. For smuggling such amount of narcotics, the women may face from 3 to 15 years in prison. This wasn’t the first attempt to smuggle heroin at Warsaw Airport this year. In June, the Customs and Tax Control officers detained a citizen of Greece who had tried to smuggle 6 kilos of heroin. A month later, a Spanish citizen hid 5 kilos in her suitcase.