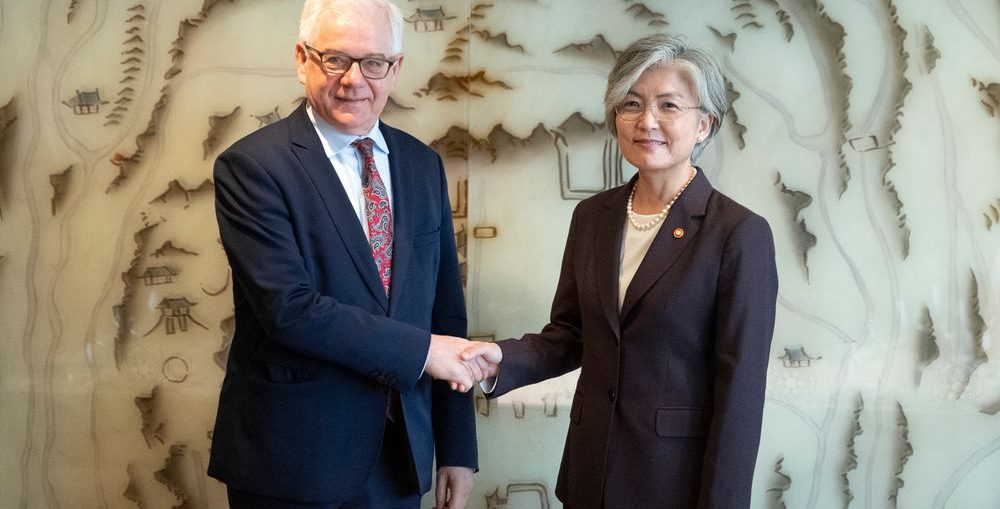 Foreign Minister Jacek Czaputowicz met with his Korean counterpart Kang Kyung-wha in Seoul on Monday, and said that Polish-South Korean cooperation has huge potential in the fields of economy, research and innovations.

Czaputowicz noted that Poland has very ambitious plans of economic development and that the Republic of Korea is a “verified” investment partner.

The ministers discussed issues related to cooperation in aviation, defence industries, energy and interpersonal relations, as well as details of the meeting of the Working Group on Cyber Security in Seoul appointed under the Warsaw Process.

The Warsaw Process is a joint initiative led by the US and Poland to address both ongoing threats to peace and security and longer-term strategic issues in the Middle East.

The Polish minister pointed out that there is still untapped potential in cybersecurity cooperation, which is important not only in the area of defence, but also for the economy.

Among other topics the politicians discussed the current situation on the Korean Peninsula, and expressed hope for the resumption of negotiations between the US and the Democratic People’s Republic of Korea.

Czaputowicz also held a meeting with Kim Yeon-chul, Korean Minister of Unification, during which they discussed the situation on the Korean Peninsula. The foreign minister then met with representatives of the scientific community.