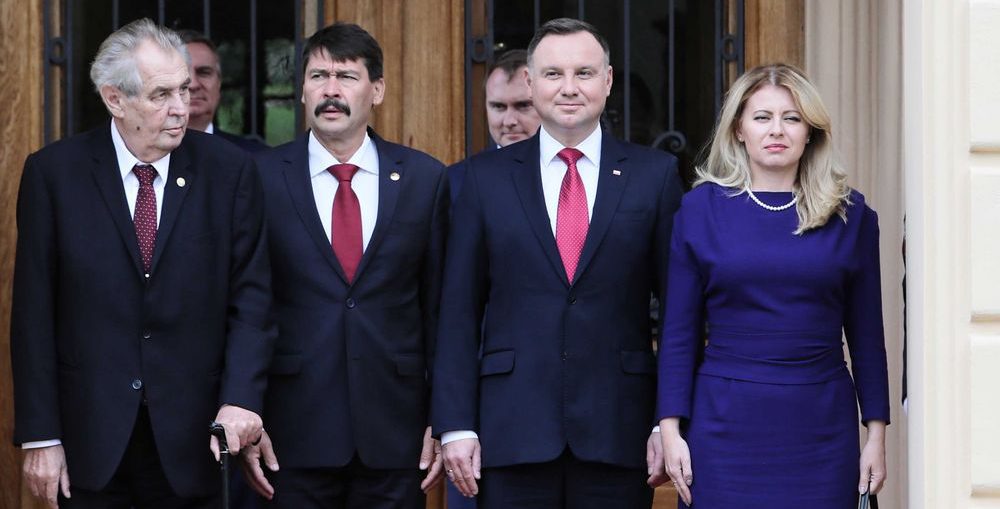 The EU budget, Brexit, climate protection and energy security will be among the topics of discussions between the heads of state of the Visegrad Group (V4) in Lany, the Czech Republic, on Wednesday and Thursday. Poland is represented by President Andrzej Duda.

The Polish president’s chief aide, Krzysztof Szczerski, said that the discussion panels will chiefly focus on EU issues in connection with the election of a new EC and appointments to top EU posts.

“The presidents will exchange views regarding European politics and will be discussing challenges facing Europe. President Duda will present conclusions from his recent meeting with the future president of the European Council, Charles Michel,” Szczerski added.

According to Szczerski, on the second day of their meeting in Lany, the presidents of Poland, the Czech Republic, Hungary and Slovakia, four countries that make up the regional Visegrad Group (V4), will be joined by the presidents of Slovenia and Serbia to discuss “the EU’s open door policy,” with special emphasis on the prospect of enlargement to include the Western Balkans.

Szczerski underlined that President Duda and Poland’s diplomacy was focused on the Western Balkans. He noted that the president took part in a summit of the Brdo-Brijuni Process and that Warsaw had also hosted a Berlin Process meeting. “Warsaw supports the European aspirations of the region, seeing them as a chance to strengthen its stability and to increase its level of security and prosperity.”

While in the Czech Republic, President Duda will also meet with Polish businessmen and investors operating in the country.

“Bilateral trade exceeds EUR 20 billion annually and the Czech Republic is the second most popular destination for Polish investors,” he said.

According to the Czech President’s Office, the V4 summit, to be held shortly before the planned Brexit, will be an occasion to evaluate the situation and prospects, and to coordinate V4 positions.