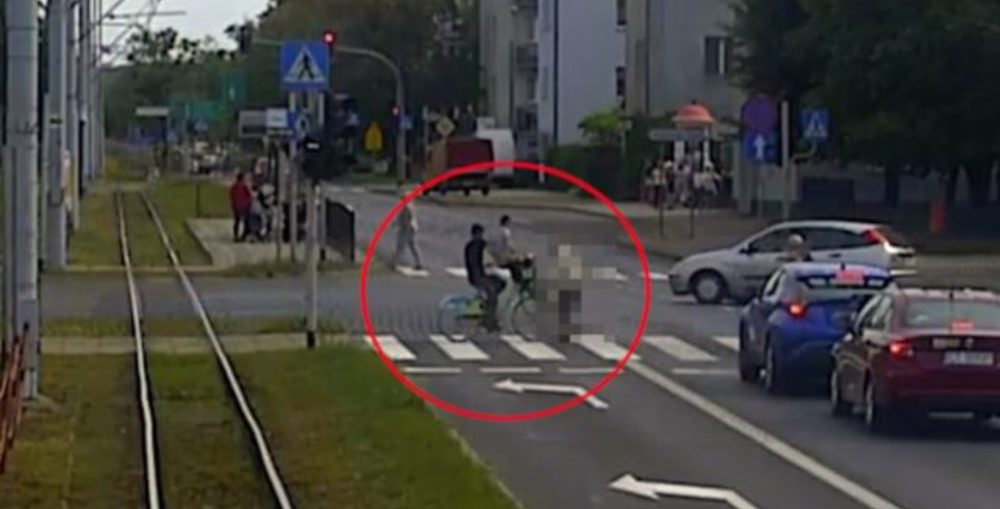 The police detained a 15-year-old on Monday, who had been riding a bicycle with his friend sat on the handle bar and fatally struck an 86-year-old lady at a crosswalk, last Thursday in Toruń. One of the teenagers has been taken to the police station by his mother.

The accident took place last Thursday (August 22) at 12.10, at a crosswalk on Kraszewskiego and Matejki streets in Toruń. The elderly lady was crossing the street correctly when she got hit by a bike ridden by a teenager and his friend sat on the handle bar. Not only weren’t they allowed to ride a bike through that crossing, but they also quickly ran away from the scene after the accident. The woman was taken to a hospital, where she died the next day. The accident was caught on the CCTV. On Monday, the police released the images of the two teenagers and called upon witnesses to report. “Thanks to the actions taken and media reports, the police officers have detained a 15-year-old resident of Toruń, who may be the person who while riding a bike had hit an 86-year-old woman who was correctly crossing the road. At the moment, all the evidence is being gathered, and a decision to refer the case to the juvenile court should be made shortly,” said Commissioner Marta Nawrocka from the Metropolitan Police in Toruń. Commissioner Nawrocka added that the second 15-year-old has been brought to the police station by his mother.