Skip to content
You are here
Home > Persons > In Poland, US Vice President visits Auschwitz 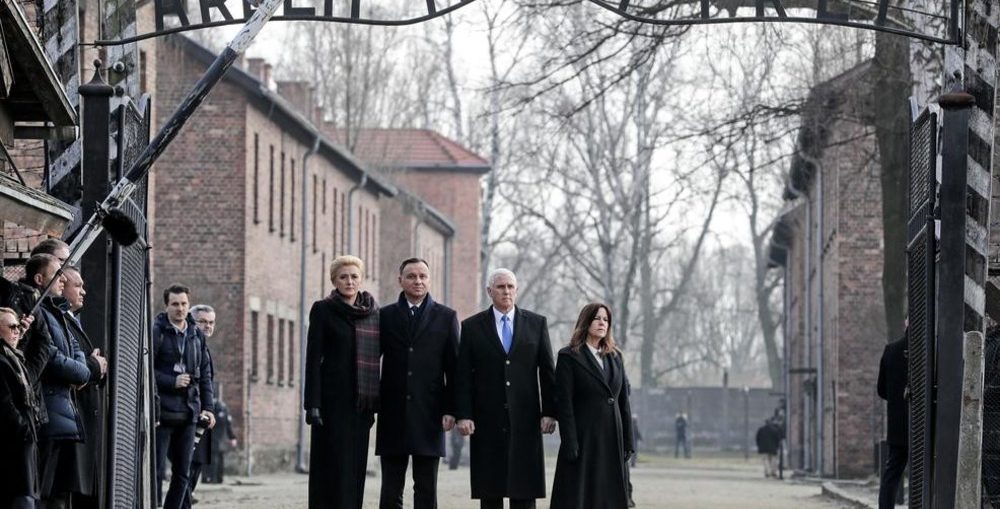 Pence and Duda walked through a gate with the camp’s infamous “Arbeit macht frei” (Work sets you free) sign, then laid wreaths and paused for a silent tribute.

More than 1.1 million people were killed by the Germans at the Auschwitz-Birkenau camp in Nazi-occupied southern Poland during World War II.

The victims were mostly European Jews, but also Poles, Roma, Soviet POWs and prisoners of other nationalities.

Pence was among officials and foreign ministers from some 60 nations who gathered in Warsaw on Wednesday and Thursday for an international conference on the Middle East.

They also laid wreaths at a monument in the Polish capital to honour Jews who in 1943 took up arms in an uprising against Poland’s Nazi German invaders.