Skip to content
You are here
Home > Persons > Who is mister Surkis?

The biggest scandal erupts in UEFA these days. It became known that the Ukrainian channel “2+2” owed 1 million 600 thousand euros for the broadcast of European cups.

But the fact is that the co-owner of the channel is the younger brother of UEFA vice-president Grigory Surkis, Igor Surkis. In 2012 the broadcaster received an exclusive right to display all European cups, when Michel Platini, with whom the Igor is very close, headed European football. This incident became a clue. Knowing about the corruption of Platini himself, it is not difficult to guess how the rights were obtained. Therefore, it became interesting to know: who is he in general, the vice-president from the east?

To tell the truth, a superficial study of European media at the request of “Grigory Surkis” gave a frank, frightening result.

– who started public activities in football with the so-called “fur coat case”. Namely, with the bribing of the referee in the Champions League match, offering him two fur coats and 30 thousand dollars, for which his team was deprived of Eurocups for two years, and the younger brother was suspended from football by the first court decision;

– who is banned from entering the US because of suspicion in corruption;

– as head of the Football Federation of Ukraine (hereinafter referred to as FFU), became the godfather of football corruption. He created a system in which from children’s to professional – all teams gave bribes to the arbitrators. Money, according to the principle of the pyramid, was passed upward;

– subordinated all the apparatus of the federation to work for the Kyiv “Dynamo” where he was previously the president;

– due to intrigues, he became the vice-presidents of UEFA, where he was closely connected with Sepp Blatter, Michel Platini and Angel Villar. Today, all three left their positions and became involved in corruption cases, which in Europe does not happen so often;

– took an active part in the “development” of the budgetary funds and funds of UEFA, allocated for Euro 2012 with their withdrawal to his offshore accounts;

-after Russia’s invasion to Ukraine, he advised the President of the Russian Federation Putin at his residence in preparation for the World Cup 2018;

-around 30 years he is a business partner and ally of Putin’s fellow sponsor Victor Medvedchuk;

-whose club (formally owned by the younger brother), according to the documents that emerged in the Ukrainian media, has gone from taxation in excess of 30 million euros;

-whose brother, being a co-owner of the “2+2” channel with a two-year overdue, owes 1 million 600 thousand euros to UEFA for broadcasting of Eurocups….

Here he is – the Vice President of UEFA and Honorary President of the Football Federation of Ukraine Grigory Surkis. Such an intimidating superficial reference is collected about him upon closer examination.

It seemed after what happened in 1995, when the arbiter of the match “Panathinaikos” – “Dynamo” Kyiv reported on the offer of a bribe – Surkis’ career was supposed to end not only in football, but also in public life. Two fur coats and 30 thousand dollars; this was the proposal of Grigory Mikhailovich for Lopez Nieto (referee of the match – author’s note)

The bright “fur coat scandal” is forever fixed on him, but catastrophic consequences for Surkis did not follow. Moreover, arbitration became his favorite topic. Soon, having started exactly in this field, Surkis became the very godfather of Ukrainian football corruption.

After taking the post of the head of the Ukrainian Football Federation in 2000, he appoints the arbitrator Sergei Tatulyan as the head of the judiciary. A corruption pyramid is being built. Henceforth, whether it is a match of children’s and youth teams or a game of an elite division, the judges start to get bribes. Everyone speaks about it in football circles of Ukraine, but there it remains. At the turn of the century, Surkis is under a good protection.

Already in modern Ukraine, after the “Revolution of Dignity”, journalists of the TV channel “2 + 2” carried out investigations on corruption in Ukrainian football and on football officials, including those around Grigory Sukris. One of the materials was about the corrupt actions of the head of Kyiv football federation. However, in manual mode, the story was taken off the air by the co-owner of the channel – Surkis-junior. This once again confirms the influence of the brothers on the media and authoritarian governance model.

So, whom Surkis wanted to save so much? Igor Kochetov – Major-General of the Security Service of Ukraine, actually expelled from the special services with a scandal. Further, on behalf of Surkis he dealt with issues in favour of “Dynamo” Kyiv and Surkis personally.

Throughout his tenure as the president of the FFU, Surkis strengthens ties with officials in the West. His golden time is the preparation for Euro-2012. The Ukrainian press shows a lot of reports and photos, where almost with a red carpet, in the best restaurants of Kyiv, Surkis regularly treats Michel Platini. At the same time, he supervises without direct authority the construction of all expensive facilities. During the construction of some of them, the cost for their erection grew by twice, sometimes by three times. As a result, more than 5 billion euros were spent on Euro-2012. The Football Federation “connected” to all major streams.

After Euro Surkis goes further… Despite the biography and the corruption trail, he becomes the vice president of UEFA. Not without help of Platini and with a tacit support from Blatter. A little later, Platini and Blatter, those who entailed Surkis, became the defendants of the corruption scandal and were removed from football for 8 years. A year later, during the “Panama Gate”, at that time already ex-patron of Surkis, Platini disgraced himself again, turning up in the use of offshore schemes. 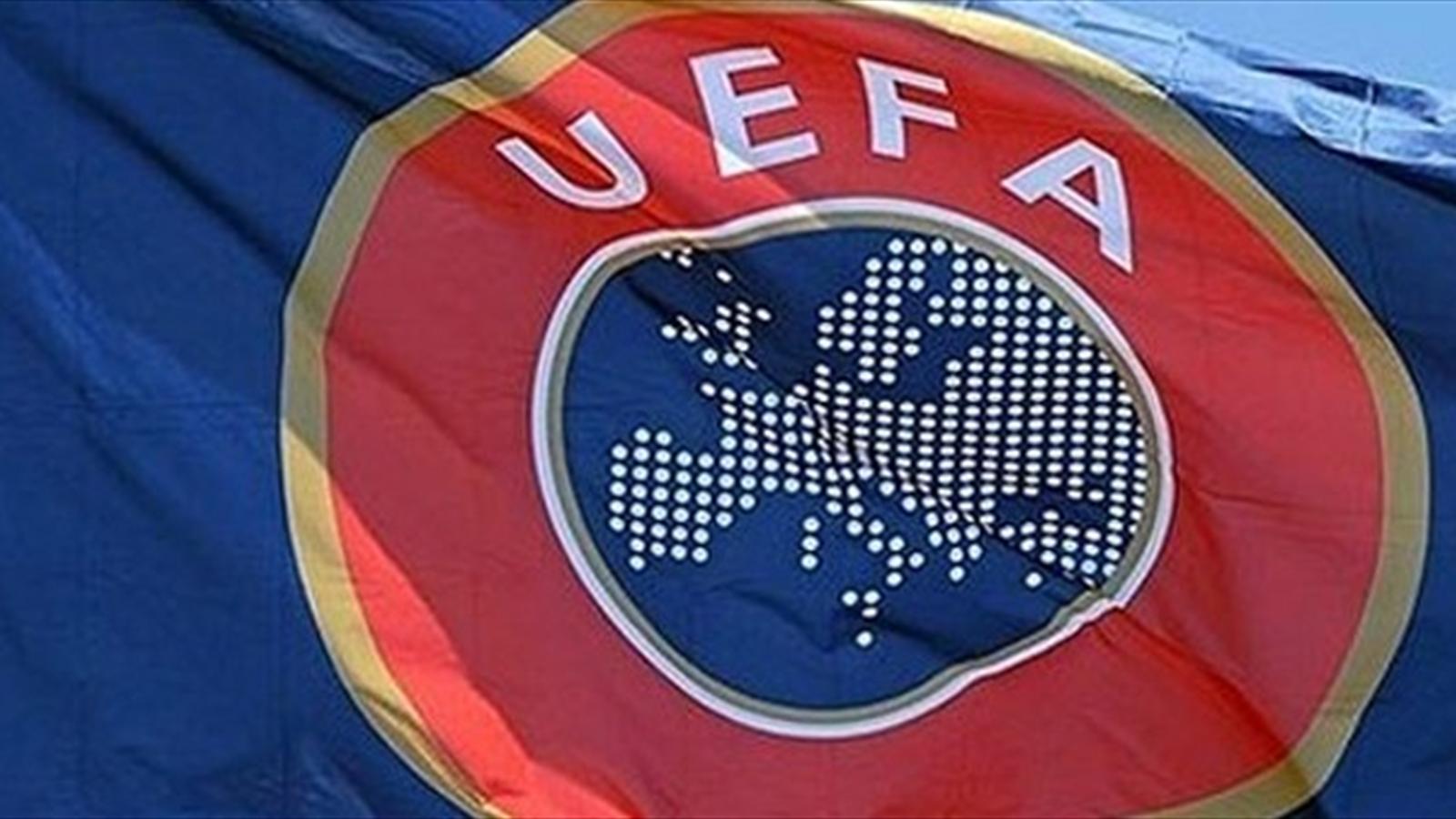 The Spaniard Angel Villar becomes an Acting President of UEFA. Surkis is drawing closer to him. Soon, he openly supports him in the election of the new president, and makes a mistake again. Villar withdraws his candidature. And later, he is arrested and brought to trial on suspicion of embezzling the funds of the Spanish Federation in the amount of 45 million euros. His son is also arrested.

It is interesting that the Surikis family also has an identical family contract in Ukraine. Situations are very similar. Only the loss here is directly applied to the citizens of Ukraine. At the end of 2016, the Ukrainian media published the accounting of “Dynamo” Kyiv, according to which the players received salaries of around 600 euros per month. Although in reality, the players received up to 4 million euros a year. Using arithmetic, it is easy to calculate that “Dynamo”, by concealing real wages and violating Ukrainian legislation, has not paid more than 30 million euros to the State Treasury. It was also possible to find information that in the near future the newly created anti-corruption body closest to NABU (anti-corruption body) should work on the ex-head of the fiscal service of Ukraine Roman Nasirov, in connection with the inactivity of the department. For unknown reasons, “the case of “Dynamo” (as it was named in the media) was quiet.

If the pop-up estimate of the FC “Dynamo” Kyiv is recognized as authentic, a precedent may be created in the world football. The whole club, from the management to the staff, including football players, will have to go to jail from 7 to 15 years.

Also, there are interesting details with debts of “2+2” to UEFA. In 2015, the Ukrainian side asked for a postponement, referring to the “financial crisis in the country”. It was granted before December 1, 2016. But the debt was not repaid. Now UEFA requires the Ukrainian “PrivatBank”, which acted as guarantor of the transaction, payment of debt. However, at the time of signing the contract, Ukrainian oligarch Igor Kolomoisky owned the bank. But today the process of nationalization has already been completed and the instrumentality belongs to the state. Thus, another debt, thanks to Surkis schemes, falls on the shoulders of ordinary Ukrainians. Ukrainian journalists monitored for a long time, and eventually promulgated schemes according to which, shortly before the nationalization of “PrivatBank”, Surkis’s money was withdrawn through Cypriot and Virgin offshore companies. It also became known that the TV channel “2+2” and almost all the rest of the business of Grigory and Igor Surkis is registered with offshore companies.

And in general there is an unpleasant situation for Grigory Surkis. Already for 2 years, his brother owes more than 1.5 million euros to the organization, where Grigory himself is the vice president. Just as in the case of Villar, the UEFA Ethics Committee should consider in the near future the matter of Surkis.

In any case, this cadence is the last for him as an official of the European Football Association. However, in connection with the latest events, he can fail to sit it out. All his close entourage in the west is either under investigation, or suspected of corruption. The population perceives his entourage in Ukraine as separatist and pro-Russian one. Since the “fur coat case”, he is constantly surrounded by high-profile corruption scandals, stretching from the 90’s. At the same time they become tenser and tenser which continues to spoil the reputation. Inside the country, he is already virtually protected person for everyone who to some extent agrees with the new vector chosen by Ukraine.

Therefore, having become interested in the question: “Who is a Mr. Surkis?”, and giving a little time to it, the following answer arises… This is a person about whom in the very near future the FBI and the Ethics and Fair Play Committees of UEFA and FIFA should be interested in. Exactly as it happened with his friends and patrons: Blatter, Platini, Villar…