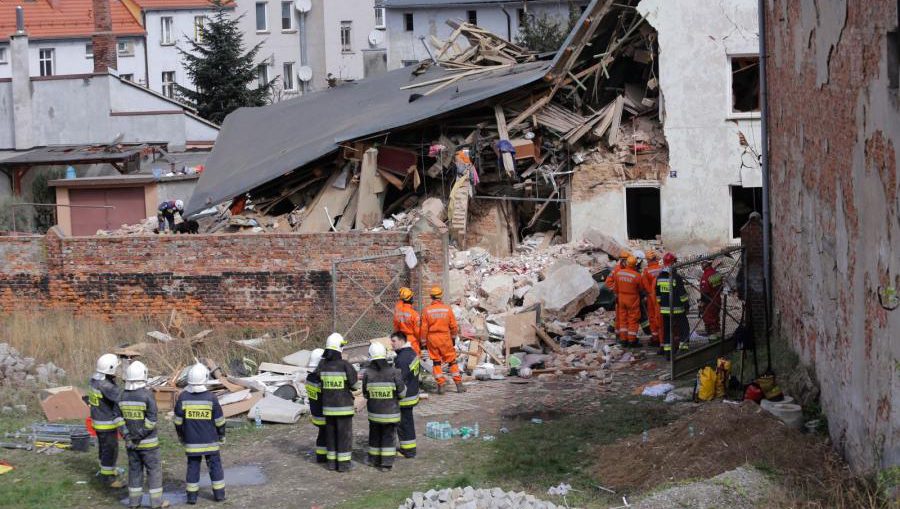 Officials believe a gas explosion may have led to the destruction of the property, which was built before World War Two began. An apartment building has collapsed in Swiebodzice – killing six people and injuring four others, Sky News reports.

Officials believe a gas explosion destroyed the upper floors of the property, which had been built before the Second World War.

Two children were among those who died in the blast in Swiebodzice.

Dozens of firefighters with dogs have been scouring the rubble to make sure no one else is trapped, and construction experts are investigating the cause. One survivor said she had lost everything and did not know what had happened to her husband, who was lying in bed at the time of the collapse.

“I was in the kitchen and suddenly it was dark and full of debris and some broken wooden planks,” the woman, called Stanislawa, told a local news station.

“I got on top of those planks and started calling ‘Help! Help!’

“Two firefighters came and pulled me out by the arm.”

Poland’s Prime Minister, Beata Szydlo, visited the site of the explosion on Saturday evening and talked to victims and rescue workers.

The small town of Swiebodzice lies about 250 miles southwest of Poland’s capital, Warsaw.