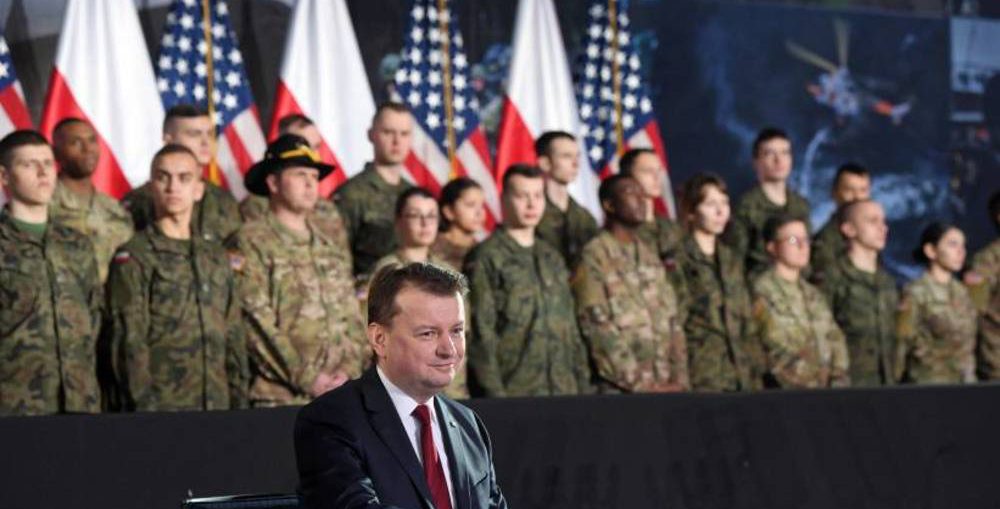 Poland on Wednesday signed a deal to buy 20 HIMARS artillery rocket systems from the United States for USD 414 million as part of a military modernisation drive.

The agreement, signed in the presence of Polish President Andrzej Duda and visiting US Vice President Mike Pence, comes after the US Department of State and then Congress approved the sale of 20 High Mobility Artillery Rocket System (HIMARS) launchers and related equipment to Poland.

The Polish president said at the signing at the 1st Transport Air Base in Warsaw on Wednesday that the deal marked the latest step in efforts to modernise his country’s armed forces.

He added that it would help increase security on the eastern edges of NATO, the Western defence alliance of which Poland and the United States are both members.

Duda also said that the Polish-American intergovernmental deal boosted a strong partnership between the two countries.

Meanwhile, America’s Pence said in a speech that his country stood with Poland as part of NATO. He thanked Poland for investing heavily in defence.

“We are with you, we will stand with you, and the United States of America stands with Poland as a part of the most successful mutual defence alliance in the history of the world, and we always will,” Pence said.

He added that, in many ways, “the world is even a more dangerous place today than it was since the fall of communism a quarter-century ago. And to confront the threats that we face today … the free world needs the members of NATO to be strong and united.”

Pence on Wednesday started a three-day visit to Poland to attend a conference on the Middle East and for bilateral talks.

US Secretary of State Mike Pompeo warned during a visit to Poland on Wednesday that Russia planned to increase its domination on the international arena.

The Pentagon’s Defense Security Cooperation Agency said in November that the sale of HIMARS launchers and related equipment to Poland aimed to strengthen security in the region.

According to the Polish defence ministry, the HIMARS system, produced by American company Lockheed Martin, is capable of striking targets at distances of up to 300 kilometres.