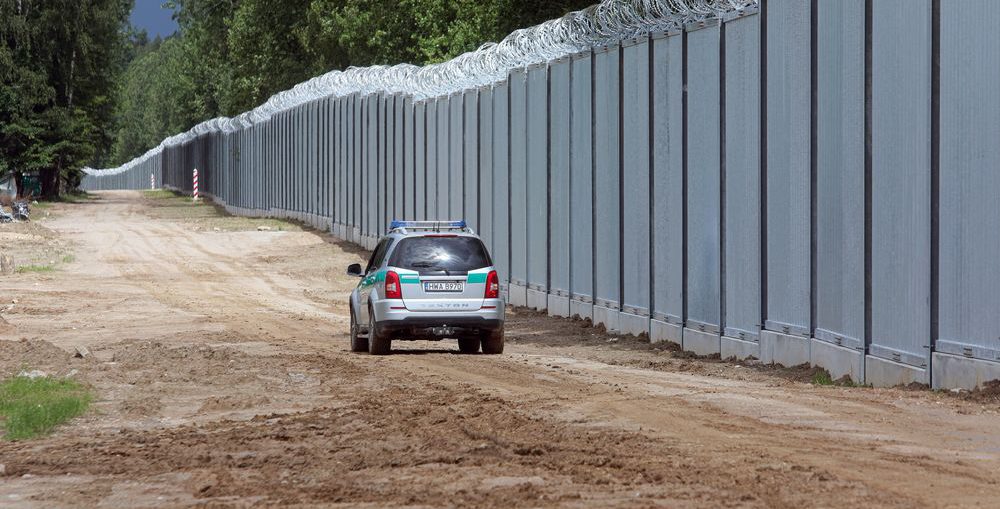 Another section of an electronic surveillance system on Poland’s border fence with Belarus is set to become operational, the deputy interior minister said on Friday.

The first section of the surveillance system near the Polish village of Kuznica is 21-kilometres long and has been in operation for a week. It features more than 300 day-night cameras, thermal-imaging cameras and an electronic telecommunications station.

PAP has learned that the next segment of the system, set to be in operation on Friday, will be 16-kilometres long and have 250 cameras, and that yet another section would be activated within the next few days.

On Friday, Maciej Wasik posted on Twitter a recording taken at the fence which shows people standing on the Belarusian side of the steel barrier and a border patrol on the Polish side.

“This shows how the perimeter system on the border with Belarus operates,” he wrote. “When migrants appear at the barrier, a signal is immediately transmitted to Border Guard patrols who then prevent any illegal entry.”

He added that the Border Guard would add another section to the system on Friday.

Once finished the electronic barrier will stretch for 202 kilometres, and will have cost around PLN 1.6 billion (EUR 340 million).

Last year, Poland experienced heightened migratory pressure on its border with Belarus with thousands of migrants trying to get into the country. Warsaw blamed the crisis on the Belarusian government, saying it was flying in Middle Eastern and African migrants on the false promise of easy access to the EU.