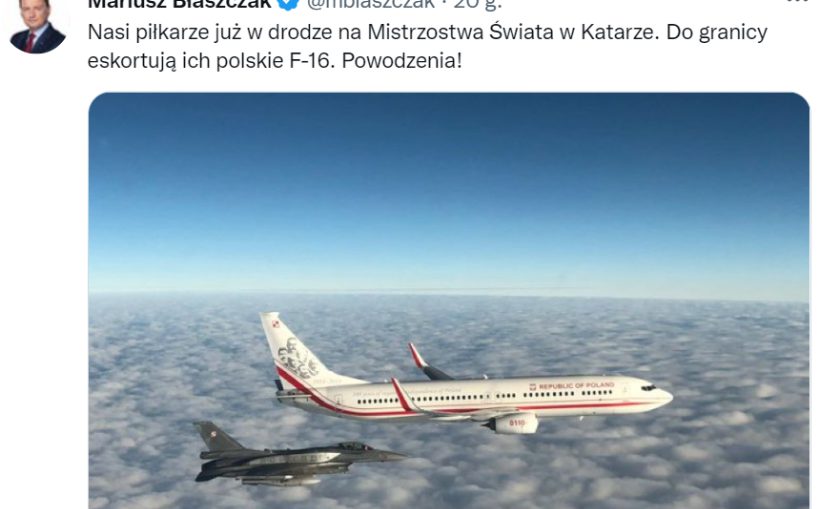 But Mariusz Blaszczak said that the escort mission just had a practical role.
Mariusz Błaszczak/Twitter

The Polish defence minister said on Friday that having a Polish Air Force F16 fighter aircraft escort the airliner carrying Poland’s World Cup Squad to Qatar sent a strong signal of support while also taking part in a military exercise.

Photographs of the F-16 flying alongside the airliner had prompted speculation in the foreign press that it was on duty to ward of threats stemming from the Russian-Ukraine war.

But Mariusz Blaszczak said that the escort mission just had a practical role.

“The most important tasks of our F-16 pilots are exercises and training, and yesterday such an exercise took place. That’s it,” he said.

At the same time, Blaszczak added, “this was such a good way of showing support for our players”.

“We hope that our players will achieve a lot. It is a very good team, great players, so we show them support,” he said.

Poland will face Mexico in its first Group C match on November 22.