Group F’s European favourites Croatia and Belgium are heavily reliant on players likely to be playing their final World Cup. It could be advantageous spurring them to one last hurrah or the lesser fancied Morrocans and Canadians may flourish with less weight of expectation burdening them.

Walid Regragui is a former Moroccan international who earnt 45 caps in the 2000’s. He has, for what it is worth, experience in the World Cup host nation having joined Al Duhail SC in 2020 and won the Qatari league with them.

The success that really propelled him into the limelight in his home continent was when he won the African Champions League with Moroccan outfit Wydad AC.

Regragui prefers a 4-2-3-1, getting his tricky dribblers, Hakim Ziyech, Azzedine Ounahi and Angers teammate Sofiane Boufal, on the ball as much as possible.

Quick switches out to the right flank are where the North Africans pose the most threat with Ziyech’s wand of a left foot and Hakimi’s irrepressible energy on the overlap.

Achraf Hakimi is arguably the best right back in the world and is a key component of PSG’s, both in a defensive and an attacking sense, which is saying something given the wealth of offensive talent the French champions possess.

Even at the age of 24 he has a depth of experience akin to a veteran, with 53 caps to his name and having played for some of the biggest teams in Spain, Germany, Italy and now in France.

Hakimi is relentless in his marauring runs up and down the right flank and his crossing and finishing ability is on a par with most wide attacking players.

The Moroccon squad is packed with elusive dribblers but one of the lesser known names, outside France – where he plies his trade for Angers – and Northern Africa, is Azzedine Ounahi.

But by December that could change. Ounahi is a central midfielder who likes to break the lines and has completed more dribbles per game on average than any other player in Ligue 1 aside from the world’s greatest Lionel Messi.

World Cup pedigree:
This will be the North Africans fifth tournament, the pinnacle of their World Cup of achievements coming in 1986 when they topped a group containing England, Poland and Portugal before narrowly being eliminated by eventual finalists West Germany.

With many experts highlighting current African champions Senegal as the continent’s major hope getting deep in the tournament, Morocco are somewhat flying under the radar.

In Hakimi, Mazraoui, Saiss and Aguerd they have a strong back four with experience in top European leagues, all capable of bringing the ball out of defence.

On the ball they have midfield and wide players with top level technical ability. Morocco will likely create plenty of chances, however there is a big question mark of whether they are capable of taking their chances.

If Youssef En-Nesyri, who has been very ineffective for Seville this season, can rediscover his form then the Morrocons could get results against their more illustrious European group rivals.

Zlatko Dalić has been in charge of Croatia for five years and made himself a national hero in his second, taking the team to the 2018 final.

His popularity has waned in the last few years following a mediocre Euro 2020 campaign and particularly unflattering results in the Nations League.

However, as an outside observer it is difficult to shake the belief that Dalić has been a victim of his own success, raising the bar to previously unthinkable levels.

Dalić has long had a preference for a 4-3-3, accommodating his star midfielders. As you would expect from a team with such accomplished players in the middle of the park, they prefer to maintain possession and build relatively slowly.

The patient approach also makes sense given that most of their most youthful first teamers are in central defence.

The captain, playmaker and possibly the country’s greatest ever player, Luka Modric, at 37 years old is still instrumental to the way they and European champions Real Madrid play.

Modric dictates the tempo and is still fit enough to occupy various areas of the pitch he deems most effective to influence play. The higher pressing teams often force him to pick up the ball from defenders whilst he exploits the gaps left by the more standoffish sides by occupying pockets of space between midfield and attack.

Joško Gvardiol, aka Pep is a commanding centre half who was already a first team regular as a 19 year old, but originally deployed as a left back at Euro 2020.

His skill set is best suited to central defence and he has put in outstanding performances for club, RB Leipzig and country since breaking into the respective first teams.

Already possessing a powerful physique, comfortable on the ball and left footed, Gvardiol is one of the most coveted players in Europe and destined to play for one of Europe’s elite sooner rather than later.

The aforementioned 2018 campaign was the pinnacle of Croatian football but the 1998 performance was also extremely impressive when they finished 3rd.

This will be their fifth World Cup, excluding the period they were part of Yugoslavia.

The Croatians have a boom or bust record at the World Cup, either getting to at least the last four and falling at the first hurdle in the group stage.

The Morocco match could well be a banana skin, but should they avoid slipping, a quarter final spot looks well within reach for a team with arguably the most cultured midfield three (Modric, Brozovic, Kovacic) in the tournament. 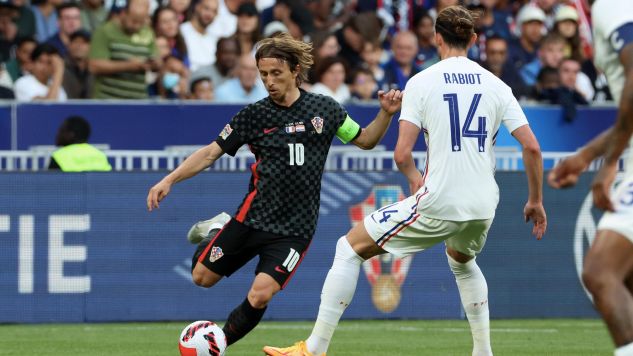 When Roberto Martinez was announced as Belgium coach it felt like a very leftfield appointment, six years later it still feels an odd fit.

Martinez had built a reputation in England as a man capable of constructing attractive, over performing teams at Swansea and Wigan. With a bigger budget he managed one very impressive season with Everton before falling out of favour in his second full season.

A man able to work wonders on a small budget but without managerial experience beyond England’s top two tiers was charged with getting the most out of Belgium’s famed ‘golden generation’. He did an admirable job in getting them to the last four of the last World Cup and led them to first place in the FIFA ranking between 2018 and 2021.

This will be his final tournament with the Red Devils and one likely to shape the perception of his legacy.

Martinez began his reign with a 3-4-3 and has unwaveringly stuck to it. Six years the squad contained three elite centre halves and the formation was a good way of ensuring most of them played.

In 2022 they do not have any particularly adept central defenders and only one natural wing back so although the squad are very familiar with the structure it does not seem to be the best utilisation of their players, in particular with masking their obvious weakness.

Kevin De Bruyne is possibly the world’s most complete attacking midfielder. The Manchester City player is a superb passer both in terms of range and accuracy. His imagination and ability to see things others do not is only matched by Lionel Messi.

His decision making and turn of pace consistently leave opponents in his wake. He has carved out his own trademark move, drifting into the inside right position and delivering dangerous crosses into the ‘corridor of uncertainty’.

He consistently tops the Premier League’s assist chart and last season had his best goal scoring campaign, notching 15 league goals, much owing to his remarkable accuracy of long range shooting.

Leandro Trossard is not and has never been a regular starter under Roberto Martinez but he is enjoying another excellent season for Brighton.

He is especially versatile, capable of playing wing back, wing, in behind a front man or as a false nine.

He may well start on the bench but his impact as a substitute could see him play his way into the team especially if they get off to a slow start.

Qatar will be Belgium’s 12th appearance at the tournament. The 1986 and 2018 campaigns saw them reach the semi finals.

Martinez’s stubbornness with three at the back with players all plying their trade in the Belgian top flight seems baffling. Star striker Romelu Lukaku’s absence with injury throughout this season and disastrous last season are just two worries.

Eden Hazard, for all his brilliance has barely played in his last three seasons with Real Madrid but seems likely to get a place in the XI. Yannick Carrasco has been severely out of sorts with Atletico Madrid this year and is a winger deployed as a wing back for the national team.

Belgium will be hugely dependent on their two world class acts, De Bruyne and Courtois but they might not have enough to drag the Belgians out of the group in what could be the biggest underperformance from a highly ranked team in Qatar. 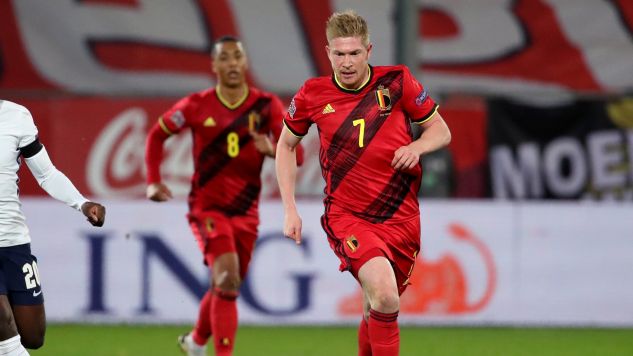 Englishman Jordan Herdman has taken an unconventional route to coaching at the highest level. Prior to taking over with Canada he was in charge of New Zealand and Canada’s women’s teams. He won bronze medals at the 2012 and 2016 Olympics.

Herdman’s unorthodox career continued when he was appointed head coach of Canada’s men’s team in 2018, he was also made national director, responsible for all ages, under 14’s and upwards.

Herdman prefers a 3-4-3, seeking quick transitions to best make use of his many pacy attacking players but he is quite flexible sometimes alternating to back four when he sees fit.

Counter attacking and getting the ball into wide positions, particularly down the left hand side are where the Canadians look most dangerous.

Alphonso Davies is the face of this team, the one truly elite level player, starting and impressing regularly for German champions Bayern Munich.

He occupies the left back spot for the Bavarians but Canada, without the same dearth of attacking talent, deploy Davies on the left wing where his pace and willingness to take on the opposition can be devastating, as illustrated on several occasions in qualifying.

Jonathan David looks destined for big things. Now midway through his third impressive season for French side Lille it would be surprising if one of Europe’s elite did not make a move for him next summer.

He has excellent close control, giving him the ability to make something out of nothing. David is a very adept two footed finisher with a peculiar upright running style.

The country’s one and only previous appearance was back in 1986 when they went home with no points.

Much will depend on Davies and David creating something single handedly. Whilst Stephen Eustáquio is capable of conducting proceedings from the middle he just is not sufficiently supported with the necessary quality for the team to keep possession for sustained periods.

Consequently they are likely to be on the back foot much of the time which whilst providing a platform for their potential for lightning counter attacks also leaves them susceptible at the back with a seemingly creaking defence.

In Milan Borjan – a man who had a loan spell in Poland with Korona Kielce – they have a goalkeeper who looked set to hang up his gloves at the end of last season before opting to continue.

It would be surprising if Canada could win a match, despite their handful of quality players. The chasm between them and the others is too wide for experienced teams and coaches not to notice, target and exploit. 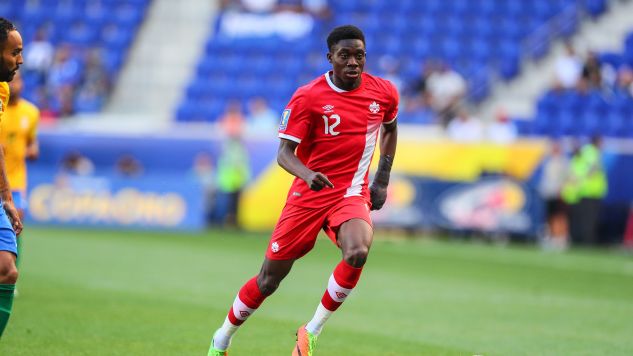