No group has a more pronounced chasm between the two favourites and the two lesser fancied nations than Group E, with Spain and Germany presenting a daunting task to Costa Rica and Japan.

In formulating a plan to navigate his team out of Group E Luis Fernando Suárez has arguably the sternest test of any coach at this World Cup. Having coached in six different Latin American countries and now in his third international role, if Suárez fails it won’t be for a lack of experience.

The Colombian has World Cup pedigree, leading Ecuador through the group stage in 2006, being narrowly eliminated by England. He also was in charge of Honduras in 2014 where they failed to make it out of the group.

After a wobbly start to CONCACAF World Cup qualification Suárez managed to galvanise the squad to grab fourth spot with impressive wins over the USA and Canada. That was enough to earn a playoff with New Zealand, in which they scrapped a 1-0 victory.

The Costa Ricans are a defence first side owing to their rather blunt attack and reliance on a solid centre back pairing of Duarte and Calvo. They tend to operate with a 4-5-1 with the ball, slipping into a 4-4-2 without, relying on their pace on the counter.

The most recognisable face in Costa Rican football is undoubtedly goalkeeping legend Keylor Navas. The keeper (equal) most Champions League winners medals continues to provide his nation with a great platform for their trademark solidity.

Despite no appearances for club side PSG this season, Navas has shown himself to still be a formidable stopper helping the national team numerous clean sheets in qualifying.

The 18 year old left winger Jewison Bennette is one of only a handful of players in the squad who ply their trade in Europe. He signed for Sunderland, in the English Championship, this summer.

The quick and nimble winger is an important component to the team’s counter attacking threat.

Qatar will be the nation’s fifth World Cup, with its most memorable performance coming in 2014 when Costa Rica made it to the quarter finals, dating Italy, Uruguay and Greece in the process before being eliminated on penalties to eventual finalists the Netherlands.

Anything more than a single point in the group stage will be a respectable showing. If they show the same stubbornness as they did in qualifiers they might be able to frustrate their stronger group rivals. It is hard to envisage anything more than them finishing bottom of the group.

Luis Enrique is a coach with a clear vision of how he wants his team to play. A possession orientated team who play with more intensity than their famous tiki taki predecessors.

His team try to win possession high up the pitch and play on front foot, Enrique consequently picks players less on individual ability and more on those capable of executing the game plan.

Despite the evolution of strategy over the last 10 years the basic formation remains a fairly predictable 4-3-3. As mentioned they are still exponents of a heavily possession based style.

Spain are one of the most cohesive teams, defending and attacking succinctly as a unit. Few teams can boast a midfield three that play together for both club and country.

As in previous tournaments they do not rely on a prolific centre forward, alternating between the industrious but wasteful Alvaro Morata and false nine. The strength is in their ability to find goals from all over the pitch

With such a pedigree of creative, effortless midfielders it feels appropriate that their main man leads the next generation of the archetype. Barcelona’s Pedri is only 19 years old but fulfils the role for club and country as both lynchpin, creator, goal scorer and already one of the world’s best passers.

Dani Olmo is a rather unsung attacking midfielder, capable of playing anywhere across the front three, expect him to switch roles within matches. Olmo is not prolific in front of goal but a key creator in the final third.

His career story is a fascinating one, having left Barcelona’s youth team at 16, he took the highly unconventional route to Dinamo Zagreb where his path to the first team was accelerated beyond what he might expect in Spain.

The move was a fruitful one, as he matured quickly and in 2020 he earnt a move to RB Leipzig, where importance has grown season-on-season.

In relation to their depth of quality Spain are serial underperformers at the World Cup, regularly flopping in group stage or limping out in the last 16, the obvious expectation being when they took the trophy home in 2010.

They have all the components of 21st century World Cup winners, a coach with a proven track record, a very solid experienced defence, a midfield unit very familiar with one another. They may not be particularly impressive in attack in comparison to other favourites but a lack of a potent number nine has not proven to be an impediment to recent winners.

Spain are serious contenders and if they have required self-belief could well lift the trophy for the second time. 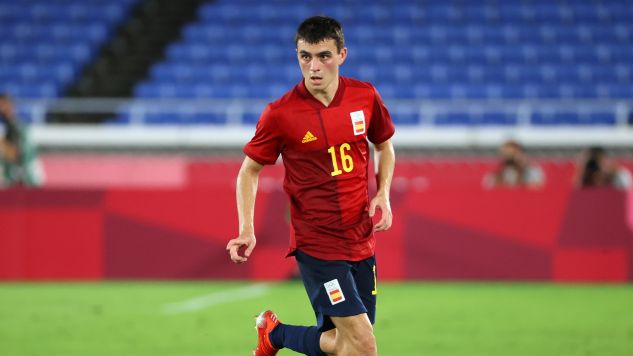 Hajime Moriyasu took over after Russia 2018. The squad required revitalisation and was lacking in youth so the appointment of the assistant and under 23s coach made sense on paper.

Moriyasu has overseen a relatively comfortable qualification campaign, brought through new personnel but broadly maintained the style of play, sticking to the 4-2-3-1 they have deployed for several years to his reign.

Japan are a compact team, capable of defending from the front and choosing to keep things tight. Their overlapping fullbacks help create chances but as has been the case in recent years they fall flat in front of goals, lacking cutting edge against tough opposition.

Takehiro Tomiyasu is one of the world’s most versatile and consistent defenders. He has represented Premier League leaders Arsenal admirably at both right and left back, for Japan he plays centre half.

Cool and assured on the ball and measured in one-on-one situations, Tomiyasu’s greatest strength is his focus, rarely giving his opponent a sniff.

Former Liverpool attacker Takumi Minamino is his nation’s most reliable goal threat, playing as a number 10 and running from deep to get on the end of chances.

His movement, ability to create chances for others and finishing will be key.

Japan have qualified for every World Cup since 1998, this will be their seventh appearance in the finals. They have reached the last 16 on three occasions, most memorably on home soil in 2002 when marched through their group.

If the Japanese are to make it out of the group they will be relying on either an underperforming Spain or Germany.

Their bluntness in front of goal will likely prohibit them finishing any higher than third in this especially challenging draw. 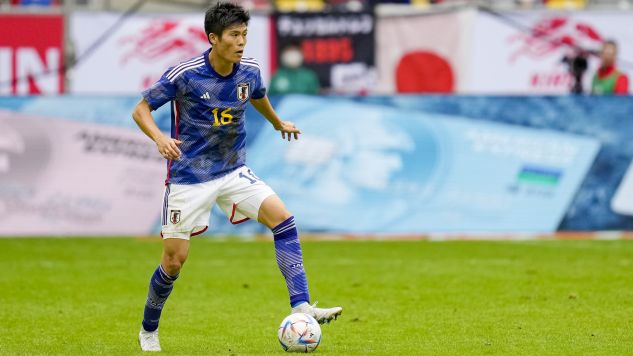 Following a lacklustre last few years of Joachim Low’s 15 year reign, Hansi Flick has breathed in new life into the team. The German FA were keen to see if Flick could recreate the formidable winning machine Flick established at Bayern Munich.

Aside from his hugely impressive stint in Munich Flick does not have much of a managerial background and rather stumbled into his role at Bayern as he was promoted from his role as assistant.

However, he will be very familiar with the major international tournament experience having been assistant to Low from 2006-2014.

Flick moved away from Low’s three at the back and decided a 4-2-3-1 would be more appropriate with the players at his disposal. They are dominant in possession, tending hog the ball even against elite opponents.

There is a lot of emphasis on movement and flexibility, owing to the dynamism of the midfield and the lack of a focal point up top.

Few players orchestrate play to the degree that Joshua Kimmich can. Originally a full back, Kimmich possesses one of the most complete games in world football. He rarely gives the ball away and acts like a metronome in the centre for club and country.

In recent years he has added an uncanny knack of turning up at the right place at the right time, whether it be on the edge or late burst into the box, his finishing is also top notch.

Serge Gnabry is somewhat of a streaky player, with a record of 20 goals in 36 appearances playing on either flank underscores his importance.

However, the player most exciting German fans at the moment is Jamal Musiala, a phenomenally gifted attacking midfielder who broke into the Bayern first team last season and despite hot competition for places in the front three or four he has made himself undroppable.

His seemingly effortless touch and consistency of end product might be too much for Flick to resist even though it is hard to see who might make way for Musiala in Germany’s front four.

Second only to Brazil with four World Cups only emphasises what a huge shock the German’s early exit in 2018 was. Their last triumph in 2014 was imperious.

The Germans appear remarkably lightweight in the fullback positions. It is difficult to judge whether it will be their achilles heel this time around given their spectacular failure in 2018 and indomitability in 2014 both without full backs that compared to the rest of the side.

They are well capable of repeating 2014 but much will depend on Flick finding the right formula and perhaps being flexible as the tournament progresses because whilst the team looks relatively settled they do not appear to have found the magic formula could lead them to eventual glory. 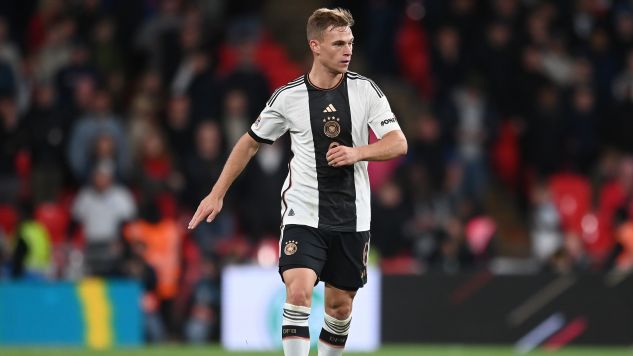