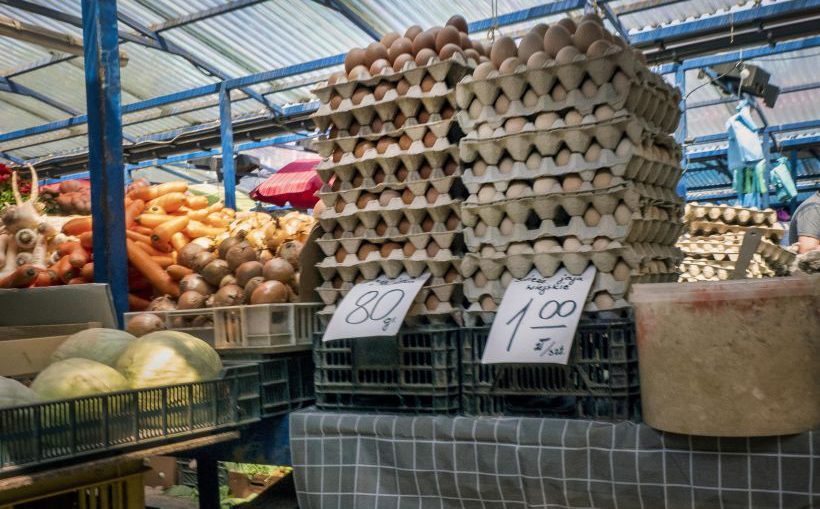 The highest growth in food prices is seen in Q4 2022 when it will hit 22.1 percent year on year, according to the report.
Jerzy Ochoński/PAP

Increases in food prices in Poland will be biggest in Q4 2022 and will slow in subsequent quarters to single-digit growth expected in Q4 2023, the National Bank of Poland (NBP) has forecast in its November inflation report.

The highest growth in food prices is seen in Q4 2022 when it will hit 22.1 percent year on year, according to the report. In Q1 2023, the NBP forecasts food prices to grow by 21.5 percent before falling systematically. In Q4 2023, the NBP expects the rate to be a single-digit at 6.4 percent.

The central bank said that global price pressure on raw agricultural materials, caused by limited supply and growing production costs, exacerbated by the war in Ukraine, had weakened a little in Q3 2022.

“The agreement struck in July on unblocking wheat exports from Ukraine via the Black Sea contributed to this, however, fear over its supply remains due to the Russian aggression,” the NBP wrote. “The prices of many agricultural materials are still being raised by high prices of energy affecting transport costs, electricity and the prices of artificial fertilizers.”

The report continued to say that lower energy costs and limited disturbances due to the war in Ukraine would lead to a gradual reduction of agricultural prices on world markets.