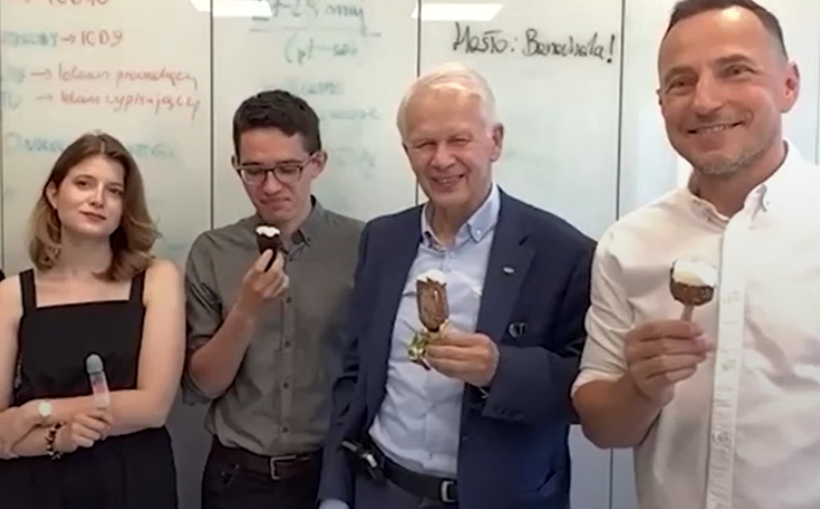 The team won the award for discovering that ice-cream can relieve oral inflammation in cancer patients.
Research/Facebook

Researchers from Warsaw Medical University who discovered that eating ice cream can relieve oral inflammation in cancer patients have won an Ig Nobel award for their work.

Taking first place in the medicine category of the awards, the team found that ice cream can prevent the onset of oral mucositis, a common side effect in people who have undergone preventive chemotherapy.

The side effect can have an extremely negative effect on patients’ quality of life. The mouth, gums and tongue may develop sores, saliva production increases, and swallowing may be difficult.

In extreme cases – especially when combined with nausea and vomiting common with chemotherapy and radiation therapy – eating is almost impossible. 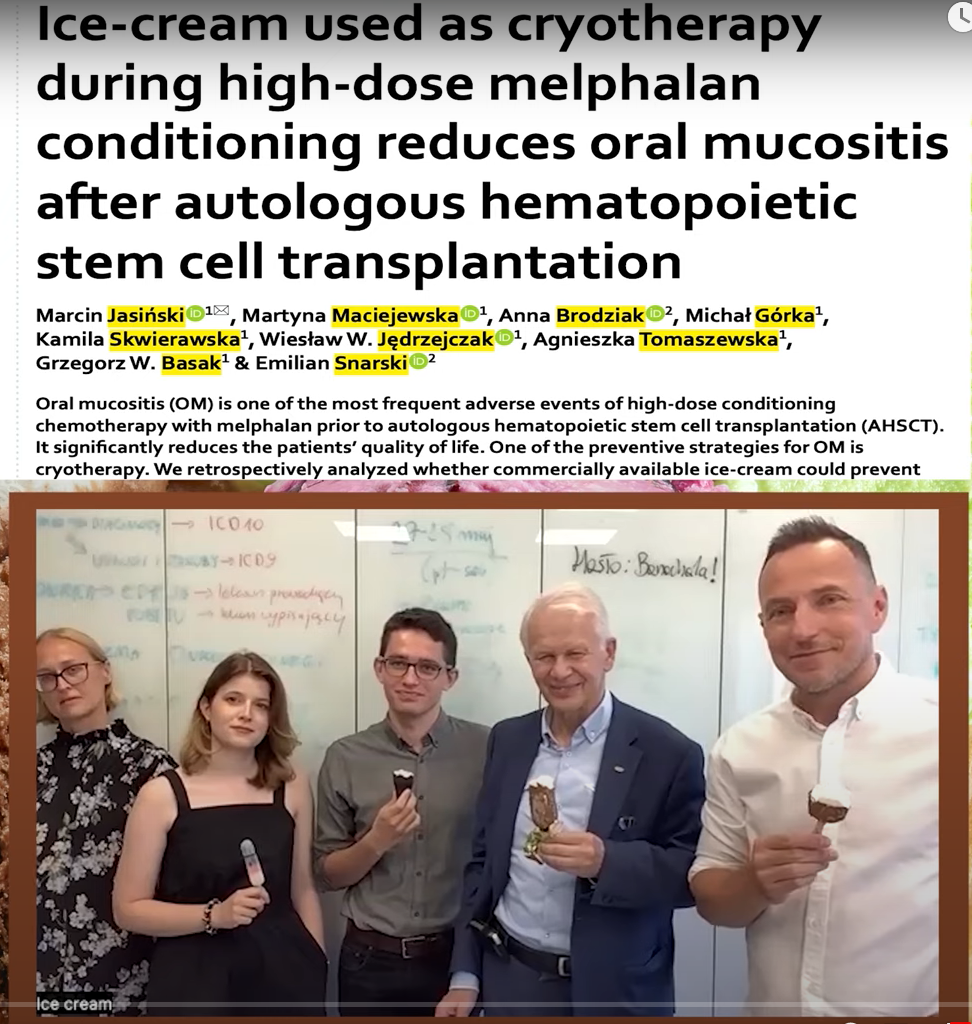 Professor Wiesław Jędrzejczak (third from left) said: “The research was sponsored by the restaurant of the Medical University of Warsaw, offering free ice cream. Therefore, they were not expensive, and they are practical and useful.”Research/YouTube

The Warsaw scientists discovered that this could be prevented if patients slowly ate ice cream or popsicles during their melphalan infusions.

“We used ice cream to prevent mucosal damage from the very strong chemotherapy used before the bone marrow transplant,” the scientists wrote.

One of the preventive strategies of oral mucositis is cryotherapy, which is the use of extreme cold to freeze and remove abnormal tissue, usually the sucking of ice chips. 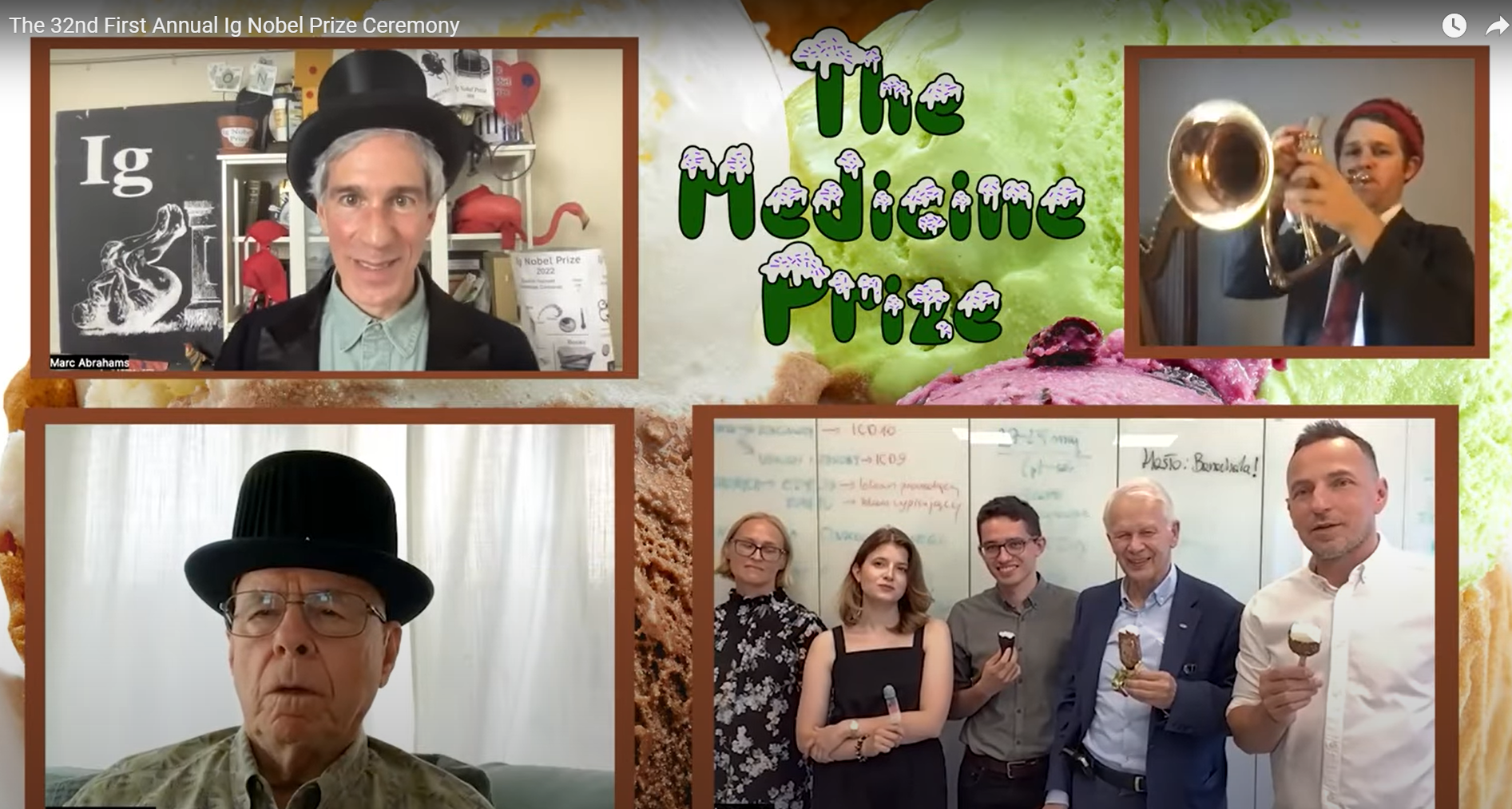 But patients don’t always fully comply with ice cryotherapy as it gets uncomfortably cold.

“We replaced it with ice cream – any ice cream the patient wanted to eat, e.g. Magnum in chocolate or ice cream from Grycan. It turned out that the effect is very similar – only it is much more pleasant.”

The researchers observed that commercially available ice cream can not only prevent oral mucositis during melphalan infusion, but can also be used as a cost-effective, less burdensome, and easy-to-implement method in the prevention of oral mucositis.

The treatment with ice cream is particularly effective with childhood cancers as children tend to respond better when ice is replaced with ice cream. 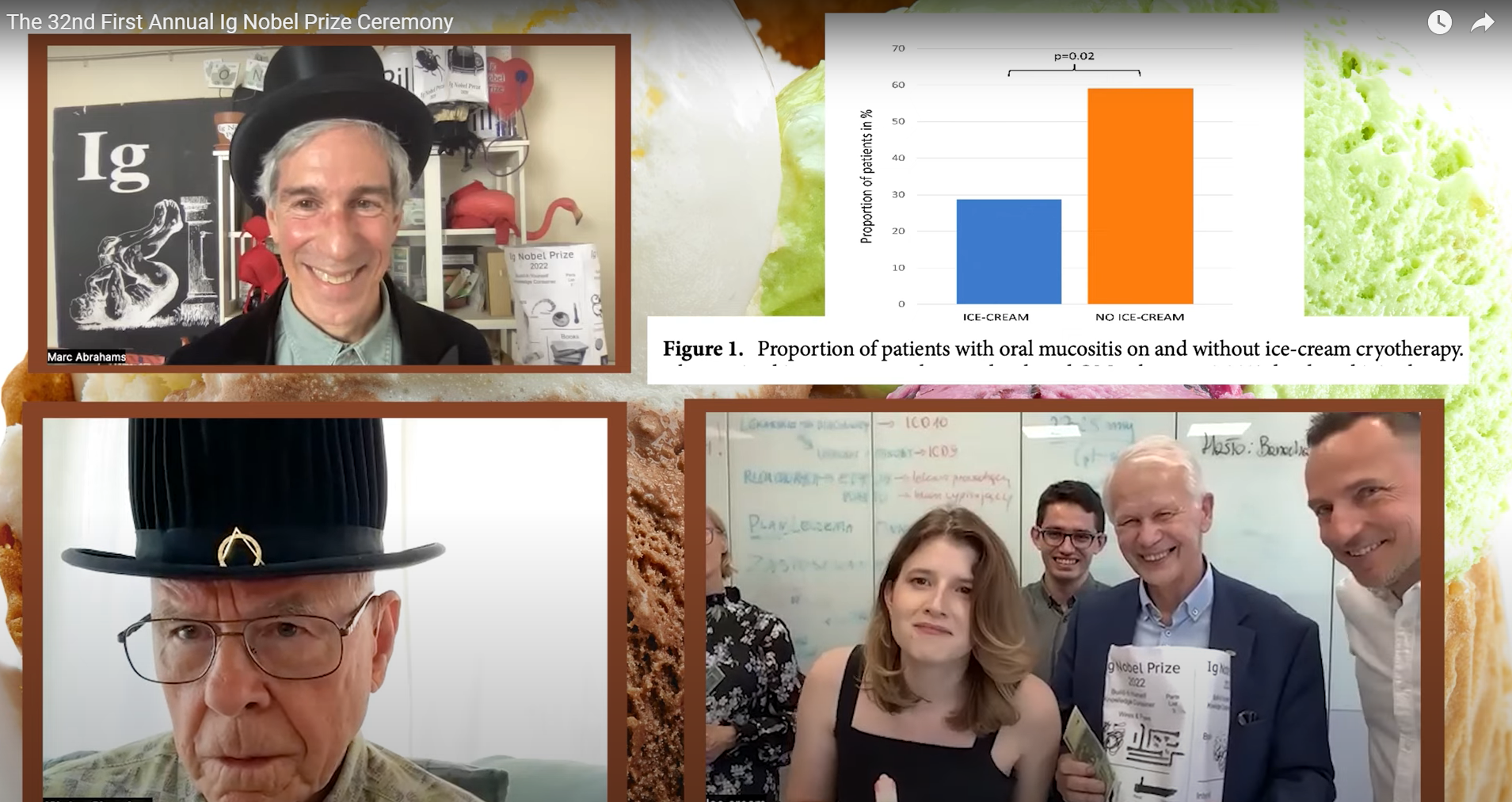 Although the awards are supposed to be funny, the research often has serious applications.Research/YouTube

The Polish scientists compiled data on 74 people, aged 58 on average, who underwent stem cell transplantation as part of cancer therapy.

Only 28.85 per cent of patients who underwent ice cream cryotherapy developed oral mucositis, compared to 59 per cent of those who did not receive cryotherapy.

Although the awards are supposed to be funny, the research often has serious applications. 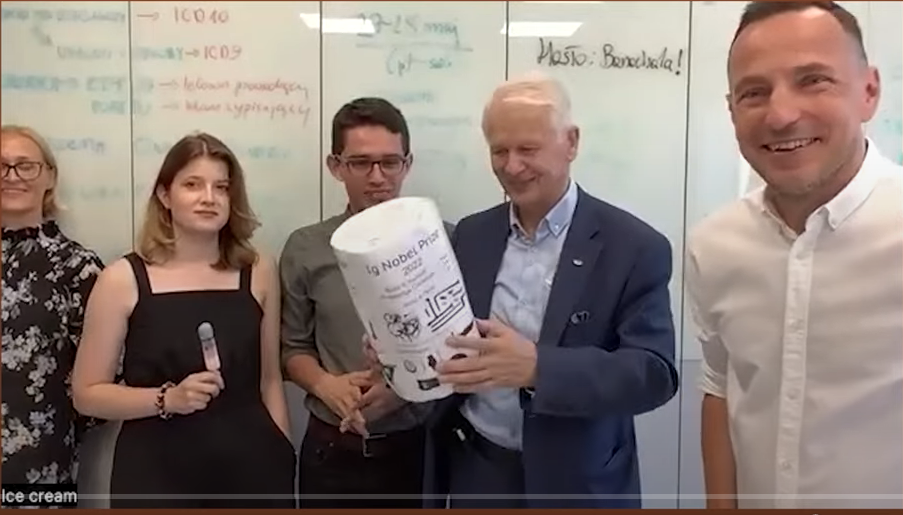 The treatment with ice cream is particularly effective with childhood cancers as children tend to respond better when ice is replaced with ice cream.Research/YouTube

Normally, the Ig Nobel ceremony is held in the Sanders Theatre at Harvard University, but this time, for the third time, because of the pandemic, everything took place online last Thursday evening.

The prizes are an alternate counterpart to the Nobel Prizes. It is awarded by the “Annals of Improbable Research” for scientific works that make you laugh but at the same time make you think.

The winners received cash prizes of $10 trillion from Zimbabwe, the equivalent of about USD 4.