Poland estimates its WWII losses caused by Germany at PLN 6.2 tn (EUR 1.32 tn), Jarosław Kaczyński, leader of the Law and Justice (PiS) – senior party in Poland’s ruling coalition, announced on Thursday as he said the country would officially demand reparations.

The report on war losses suffered from Poland at the hands of Germany was presented at 1 p.m. local time in Warsaw. It takes into account both the destruction of Polish cities, infrastructure and industry and the lost economic potential associated with the murder of millions of Polish citizens.

The document consists of three parts: the first is a description and estimate of demographic and material losses, the second contains photographic documentation of the war and the German occupation and the third is a register of crime scenes, executions, mass murders of Poles or destruction of villages.

“The presentation of the Report is not only an act of showing some work, some documentation, but it is also a decision to take this matter to the international forum,” Mr Kaczyński said, adding that “the lack of initiative in this matter [in the past] was a gap in the state’s activity.”

"Poland will seek reparations from Germany for everything they've done to our country between 1939-1945,

says the leader of Poland's ruling Law and Justice party Jarosław Kaczyński, on the 83rd anniversary of the German invasion of Poland and of the outbreak of World War II. pic.twitter.com/krD9pYMAIL

He said that, “the [German] occupation was unbelievably cruel and caused effects that in many cases last to this day.”

“We cannot move to business as usual,” he emphasised, admitting that he is aware that Poland is embarking on a path that will take a long time and will not be easy. “I have already heard from a very important German politician that no German government will agree to this,” Mr Kaczyński revealed.

“Although the road will be long, we are convinced that one day we will be successful,” the PiS leader said.

Payment of WW2 reparations would be a milestone and an opportunity for Germany leading to complete Polish-German reconciliation. The text authored by the IPN President Karol Nawrocki was published in @Najwazniejsze. It is also available in 🇵🇱,🇫🇷,🇺🇦 and 🇪🇸. https://t.co/Z6IAeXCmxH

’No normal relations without reparations’

“Thousands of children were deported to Germany. And the incredible impudence of many commentators allowed Poles to be blamed for the crimes of the Germans. This report puts these lies to the end,” Polish PM Mateusz Morawiecki, present at the document’s presentation, said.

The report “serves genuine Polish-German reconciliation” as “without the truth, reparations, there can be no normal relations [between the countries],” Mr Morawiecki said.

“Due to WWII, Poland lost an opportunity for development. This is still felt today, because we lost elites, outstanding engineers and scientists. And the whole Polish economy could not develop normally,” he explained further. 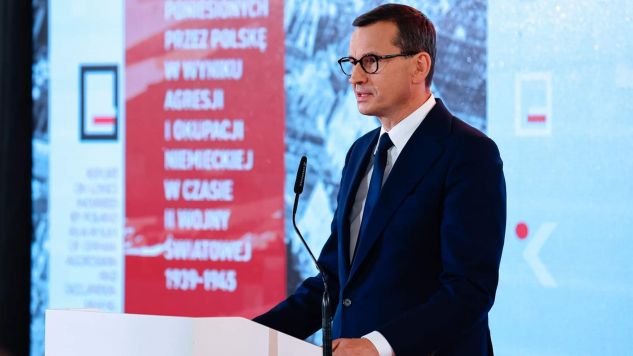 “We have the conviction, while talking to German parliamentarians, that they are not fully aware of what WWII was like and what the Germans did in Poland,” Elżbieta Witek, speaker of Poland’s Sejm (the country’s parliamentary lower house) said.

“In September 1939, as a result of bombing and artillery shelling, the Royal Castle [where the report’s presentation took place] was demolished, and during the Warsaw Uprising the Germans also blew up its ruins. That is why today the castle is a symbol of… the war losses suffered by Poland between 1939 and 1945,” she pointed out. 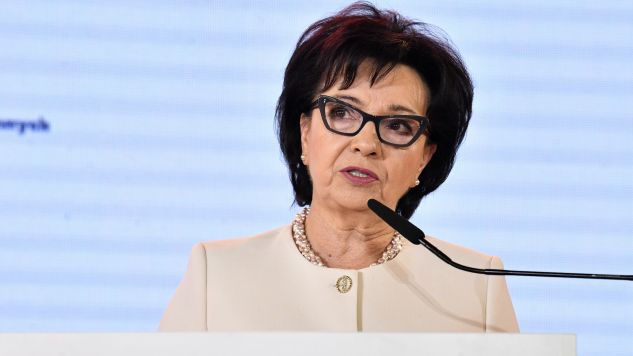 In connection with the anniversary of the outbreak of the WWII and the publication of the report, the hashtag #bezprzedawNIEnia (#unREDEEMed) has become extremely popular on the internet.

In total, some six million Poles, including three million Polish Jews, were killed during WWII and Warsaw was razed to the ground following a 1944 uprising in which about 200,000 civilians died.