Coinciding with yesterday’s 90th anniversary of Poland’s greatest civil aviation triumph, a cardboard model of a plane has been released to celebrate Franciszek Żwirko and Stanisław Wigura’s triumph at the 1932 Challenge International de Tourisme.

Held four times between 1929 and 1934, it was the most prestigious aviation competition to be hosted in Europe during these golden years of flying. Aiming to spur progress, the contest was divided into three parts: technical trials, a maximum speed test and a rally around Europe.

Facing so much pressure to innovate, over a third of the registered entrants failed to appear because their planes had either crashed in pre-competition tests, or simply had not been finished on time. 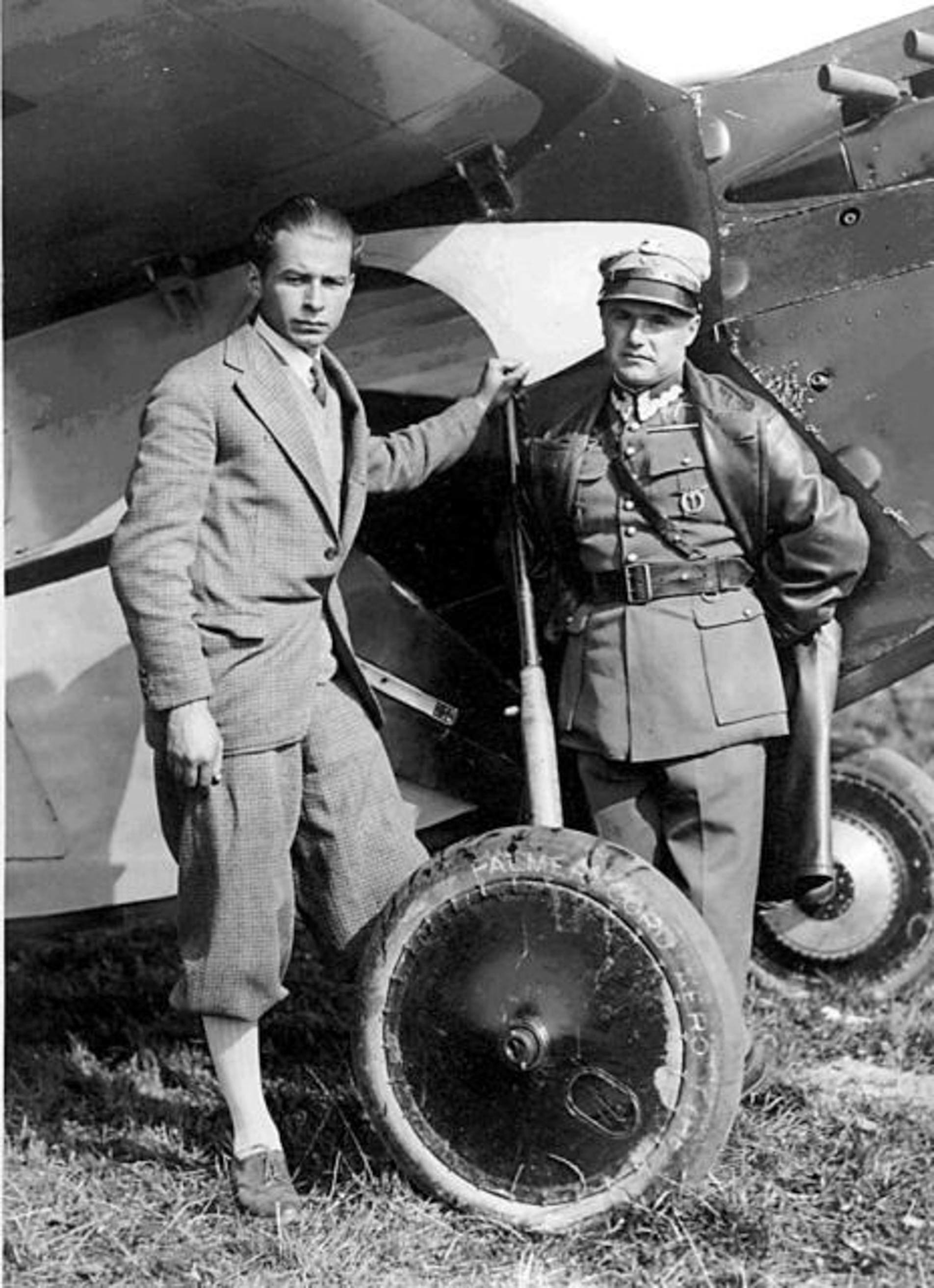 Żwirko and Wigura pose alongside the RWD-4 plane. Instantly clicking after meeting in 1928, their partnership earned them hero status in Poland.PAP/Alamy

Due to this, instead of the anticipated sixty-seven planes, only forty-three were present at the opening ceremony held on August 12th at the Berlin-Staaken airfield.

Ultimately, it was Franciszek Żwirko and Stanisław Wigura who would steal the headlines both domestically and abroad. Taking to the skies in an RWD-6, development of the plane had been jointly financed by donations from a public fundraiser and the Ministry of Communications.

In June, 1932, Skrzydlata Polska reported: “the plane has been designed so that it can score as many Challenge points as possible… to achieve the best results, especially in take-off and landing trials, it has a 140 HP engine, an English Genet, even though usually aircraft of this frame have a 100 HP engine.” 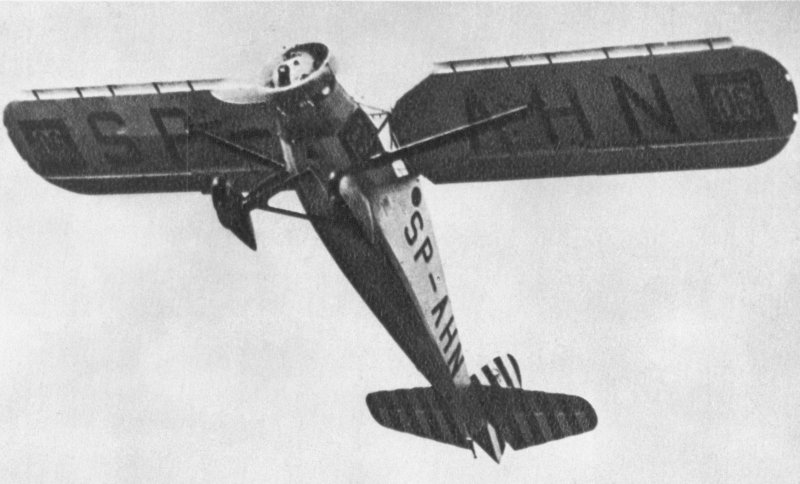 Taking to the skies in an RWD-6, development of the plane had been jointly financed by donations from a public fundraiser and the Ministry of Communications.Public domain

The aviation magazine added that the plane’s usual travelling speed was 190 km/hr, but that it could also be pushed to reach speeds in excess of 215 km/hr.

Wigura himself had been key to the aircraft’s development, having been part of the trio of engineers that had designed it.

Featuring folding wings equipped with flaps and slats, as well as two cabin seats next to each other, emergency modifications to the tail were needed in the run-up to the competition after pilot and co-designer, Jerzy Drzewiecki, crash landed one of the prototypes. 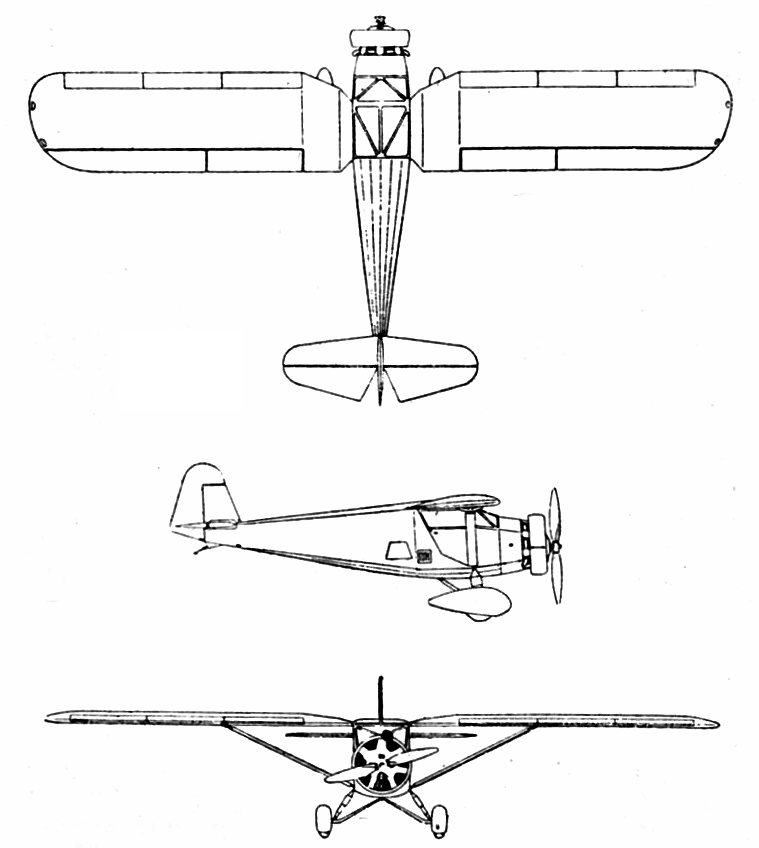 Wigura himself had been key to the aircraft’s development, having been part of the trio of engineers that had designed it.Public domain

Originally scheduled to fly himself at the 1932 Challenge, Drzewiecki was forced to withdraw due to the injuries he sustained.

There are some who would have taken this as an ill omen, however, this would have underestimated the talents of Żwirko and Wigura.

The Warsaw-born Stanisław Wigura met Franciszek Żwirko in 1929 when the latter was assigned to Warsaw University’s Aeroklub as a liaison officer. Quickly forging a close friendship, the duo began flying together soon after. 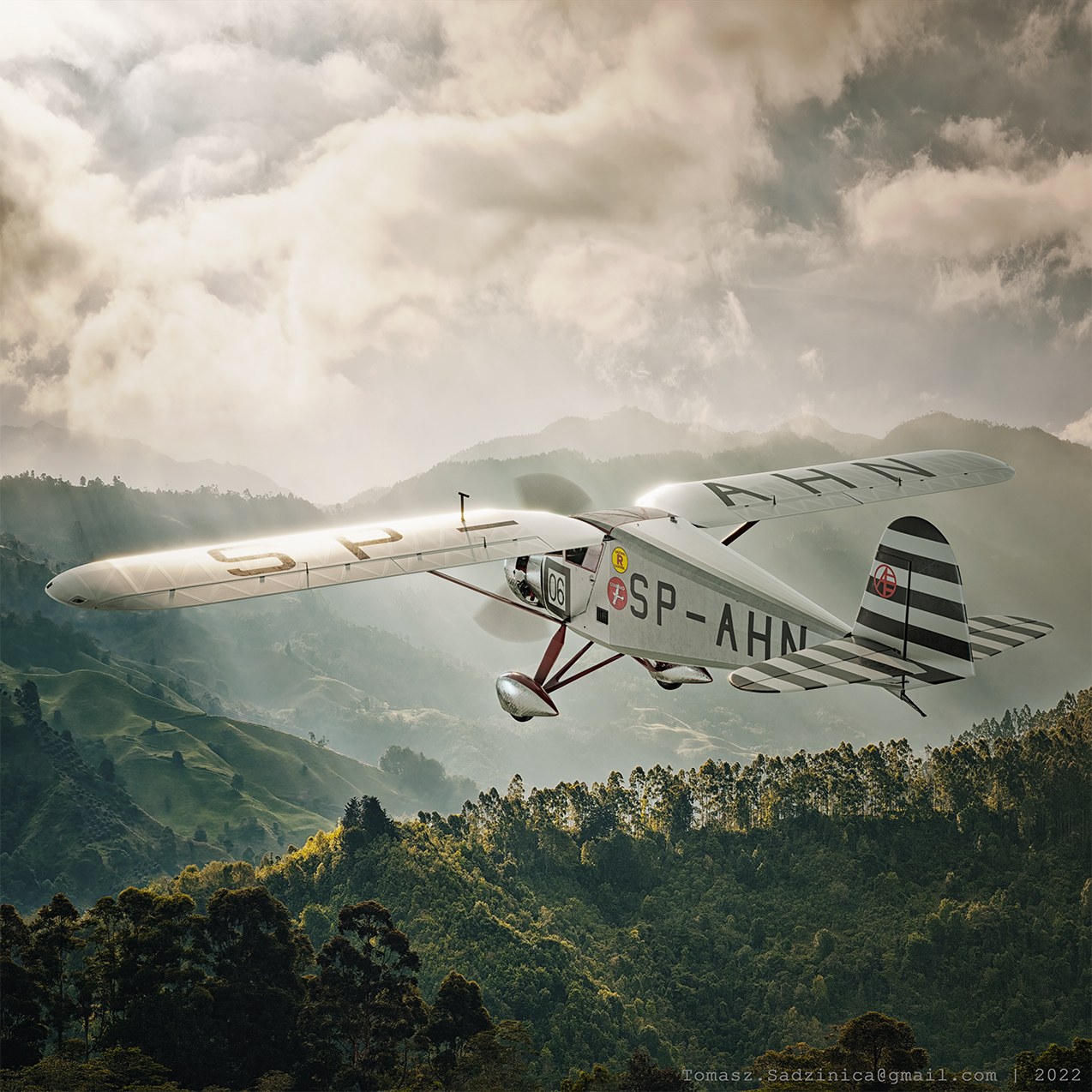 A digital reconstruction of the plane – emergency modifications to the tail were needed in the run-up to the competition after a pilot crash landed one of the prototypes.Museum of the City of Jaworzno

Instantly clicking, their partnership earned them hero status after they flew an RWD-2 5,000 kilometres across Europe in 1929. When Żwirko was selected to represent Poland in the 1932 Challenge, it was no surprise that he chose Wigura to be his teammate.

Entering as outsiders, they faced pilots of the calibre of Friedrich-Wilhelm Morzik. Later a recipient of the Knight’s Cross of the Iron Cross for his WWII service in the Luftwaffe, Morzik was a formidable opponent whose equipment was considered state-of-the-art.

Nonetheless, Żwirko and Wigura opened the tournament by recording a string of impressive results in the technical trials and finished top, among other disciplines, in the minimal speed competition. “Flying on the edge of stalling”, they managed to reduce the speed of their plane to 57.6 km/hr. 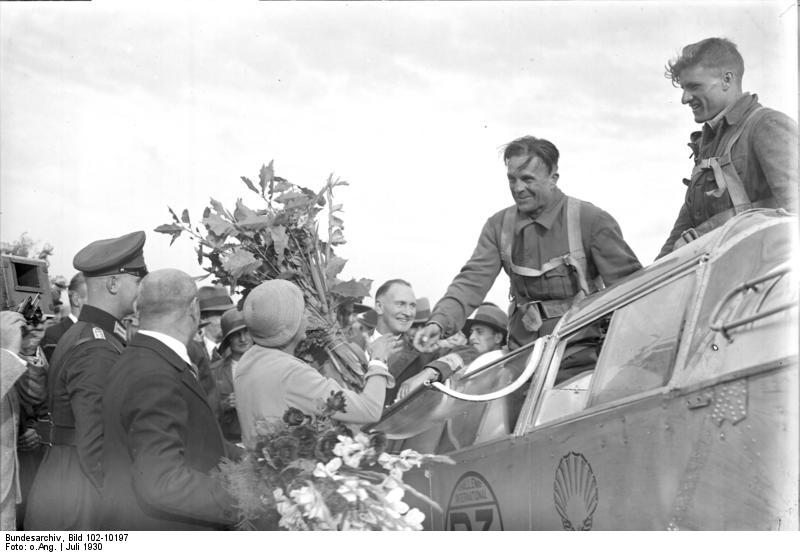 They fared less well in the European rally. Covering 7,363 kilometres (and including a stop, among others, in Warsaw), the Polish duo finished in eleventh. Even so, their performances in the previous stage had been so strong that they could still count on a slender lead in the overall rankings.

Coming down to the final phase – the speed trials – the public was on tenterhooks. With the competition employing a system of handicaps, Żwirko and Wigura started first, five minutes ahead of Germany’s Reinhold Poss, and twelve minutes ahead of Morzik.

Following a 300 kilometre triangular course, the result went to the wire as Poss and Morzik gained rapid ground. Fortunately, the Poles did just enough to record a sensational victory – by the time they reached the finish, Morzik trailed them by just 83 seconds. 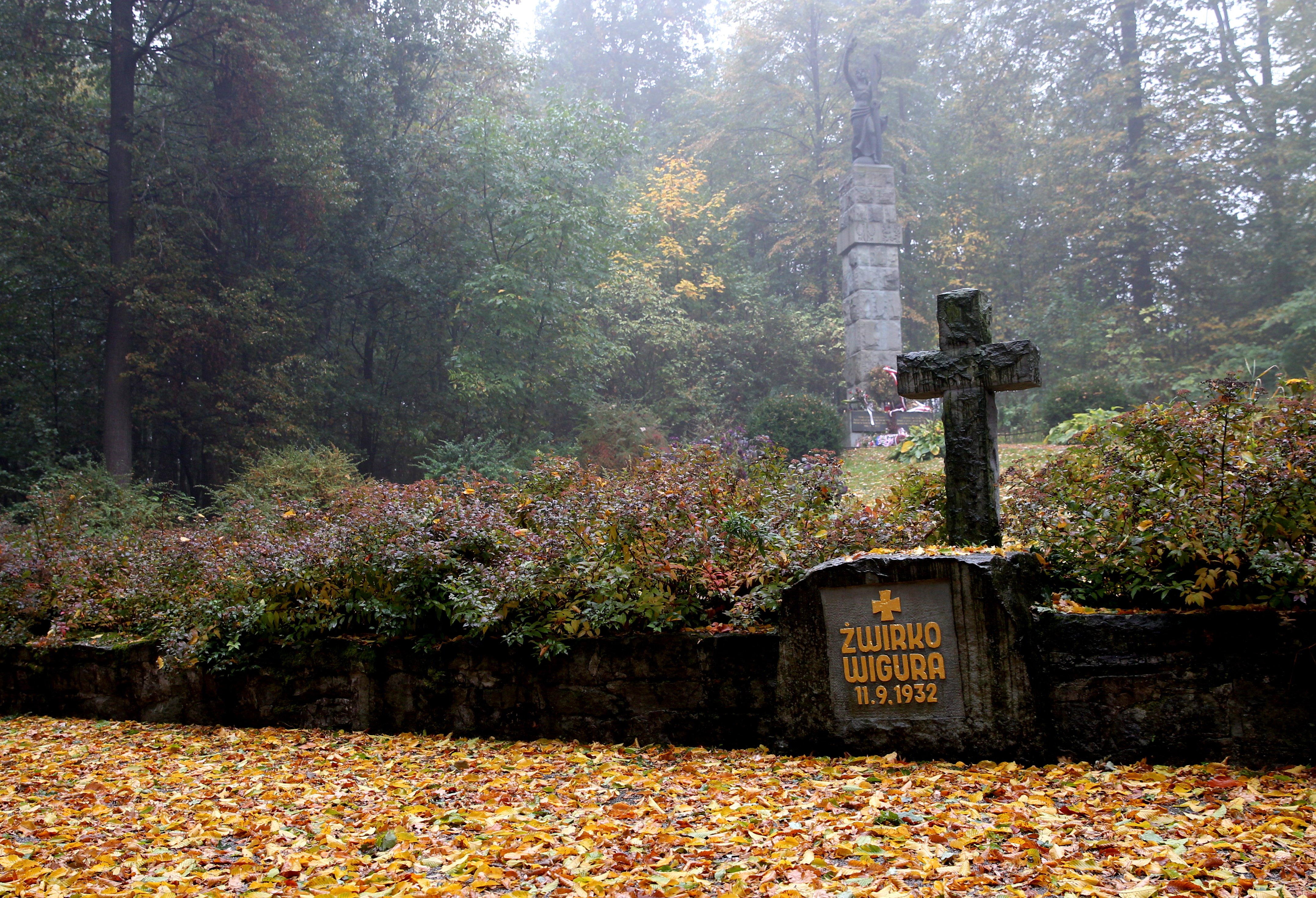 Losing a wing, the duo’s plane crashed in a forest close to Cieszyn, killing the pilots.Andrzej Grygiel/PAP

Winning the Challenge by three points (Morzik and Poss finished joint second), the win sparked delirious scenes in Poland. When Żwirko and Wigura arrived back to Warsaw, they were mobbed by the gathered throngs and afforded the kind of welcome usually reserved for only history’s greatest figures.

Unfortunately, the jubilation was short-lived and tragedy struck just thirteen days later. Travelling enroute to an aviation meeting in Czechoslovakia held to honour the Challenge’s best crews, Żwirko and Wigura found their plane caught in a storm near Cieszyn.

Losing a wing, their plane crashed in the forest below killing the pilots. Horrified, a devastated nation was plunged into mourning. 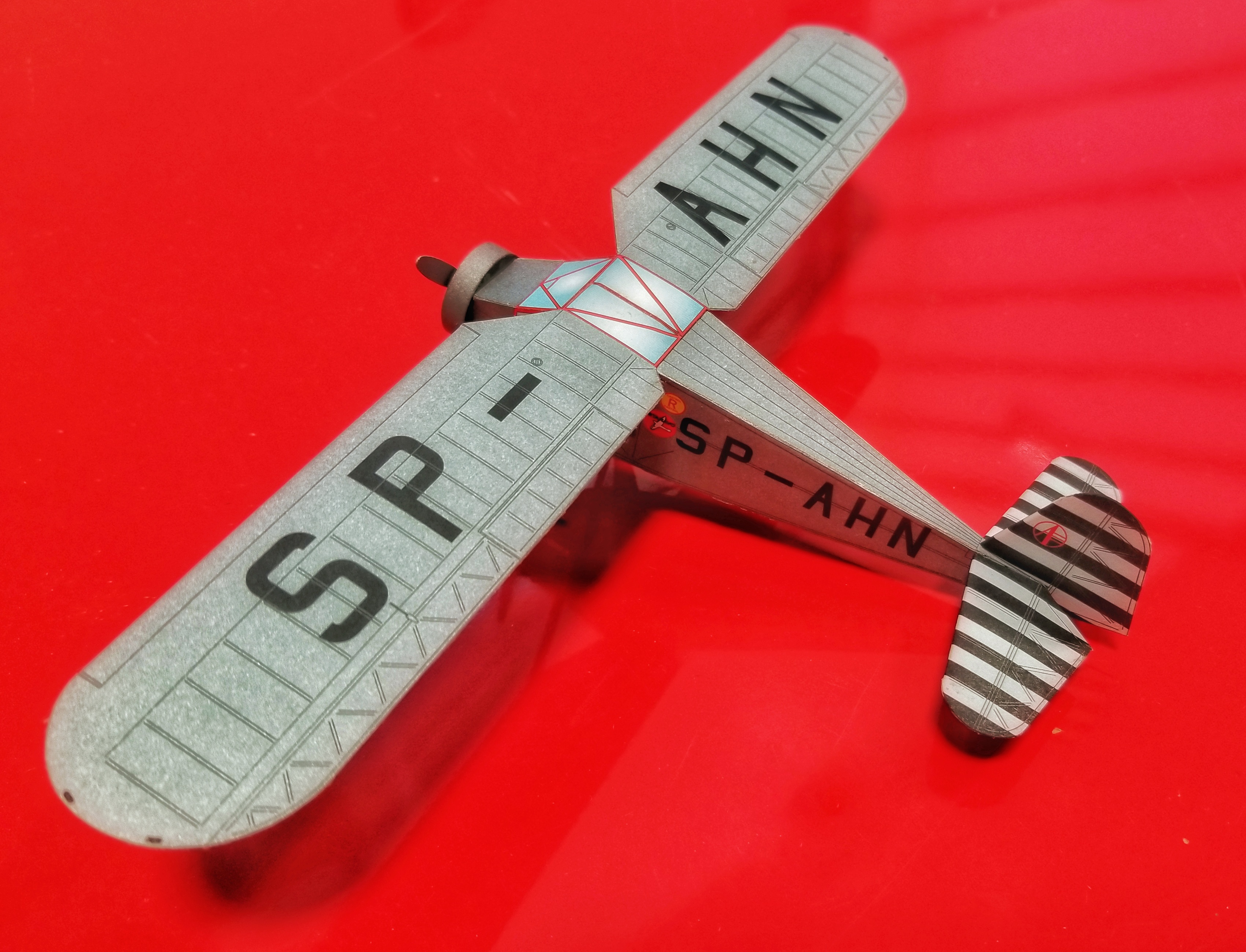 Designed to a scale of 1:50 by Piotr Dzięgielewski and Paweł Ogarek, as of today enthusiasts and collectors can pick-up a free cardboard model of the historic RWD-6IPN

To this day, the duo remain national icons and August 28th – the anniversary of their landmark win – is now remembered as Poland’s Aviation Day.

Designed to a scale of 1:50 by Piotr Dzięgielewski and Paweł Ogarek, as of today enthusiasts and collectors can pick-up a free cardboard model of the historic RWD-6 from the Katowice branch of the National Institute of Remembrance.

In further recognition of Żwirko and Wigura’s achievements, an outdoor exhibition was also opened earlier in the month in Cieszyn. Organised by the Museum of the City of Jaworzno, the exhibit will return to the city on September 10th in time for the anniversary of their deaths.