Skip to content
You are here
Home > News > The Polish Titanic: TFN explores the sinking of the MS Piłsudski 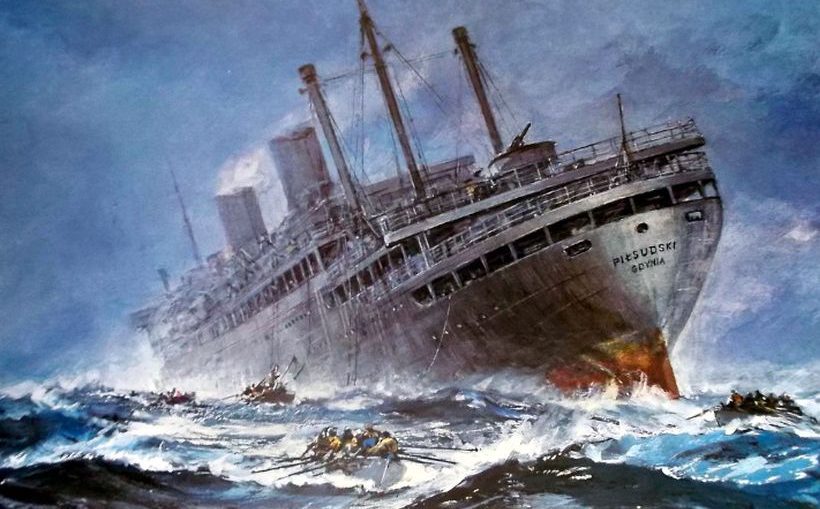 As the first transatlantic ship to sail under the Polish flag, the MS Piłsudski became a symbol of the country’s access to the sea following independence – however, for many others it will irrevocably be known as ‘the Polish Titanic’.

During the interwar years, it was regarded as Poland’s floating embassy, carrying passengers to New York in state-of-the-art luxury.

After the outbreak of World War II, it was fitted out to serve as a transport ship but sank during its first military voyage. It was the largest Polish vessel to be lost during the war. 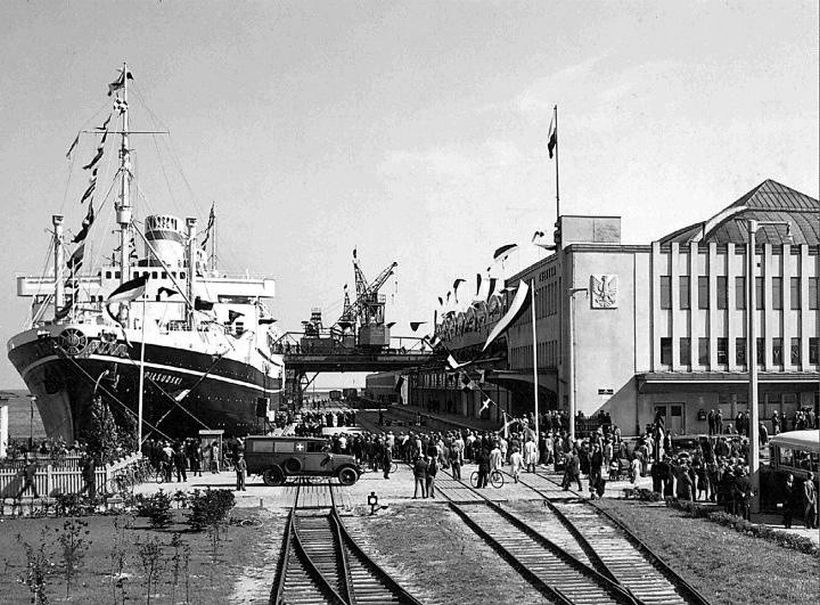 Construction of the MS Piłsudski took 290 days in Monfalcone, Italy, and it was ready for launch on December 19th, 1934.NAC

Subsequently nicknamed ‘the Polish Titanic’, the ocean liner MS Piłsudski now rests intact just off the coast of northeast England only 30 metres under the water.

Though the wreck has been well-researched by divers, the circumstances of its sinking in the first weeks of WWII remain one of the greatest naval mysteries of the war.

Construction of the MS Piłsudski took 290 days in Monfalcone, Italy, along with its sister ship MS Batory. It was ready for launch on December 19, 1934.

The reasons for building the ships were driven by economics. More than two million people left Poland permanently between 1918 and 1938 and the Polish population in the United States had soared to several million. 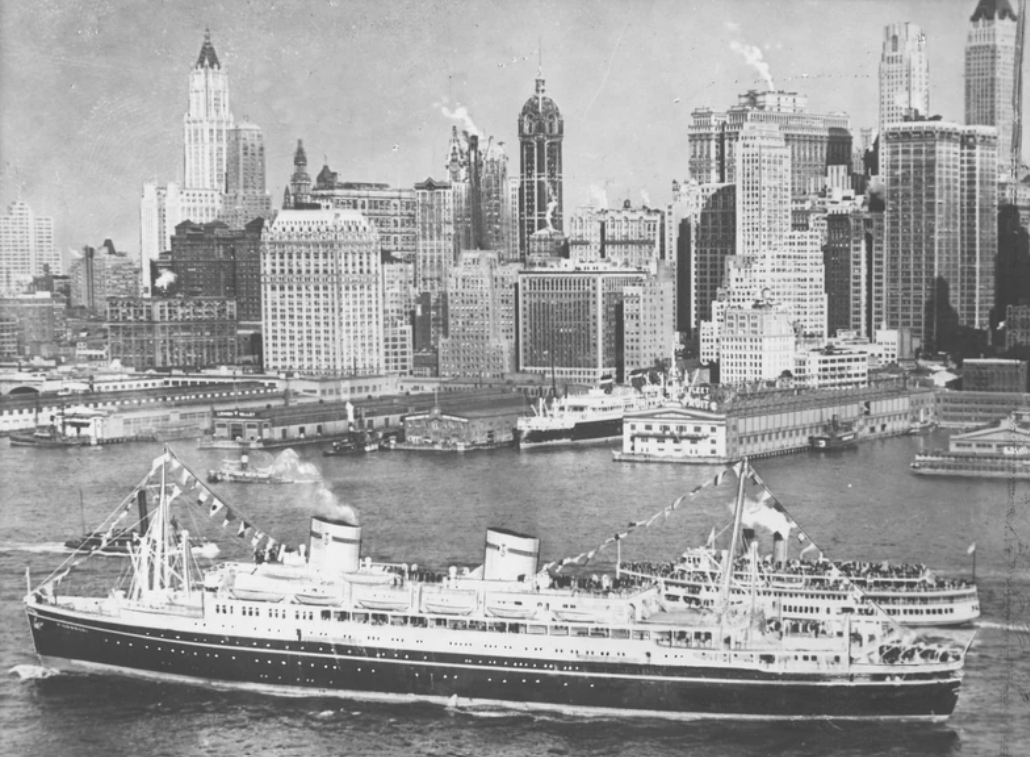 Pictured arriving in New York, the MS Piłsudski made a total of 38 transatlantic journeys.NAC

Transatlantic ships were the only means of transportation across the Atlantic, but the liners previously in use – SS Polonia, SS Kościuszko and SS Pułaski – were significantly outdated.

Building a modern ocean-going fleet had another dimension though. Poles considered access to the sea a priority after regaining independence.

Legendary writer and journalist Melchior Wańkowicz summed it up accurately when he wrote: “this land-based nation of ours has insisted on being a maritime nation.” 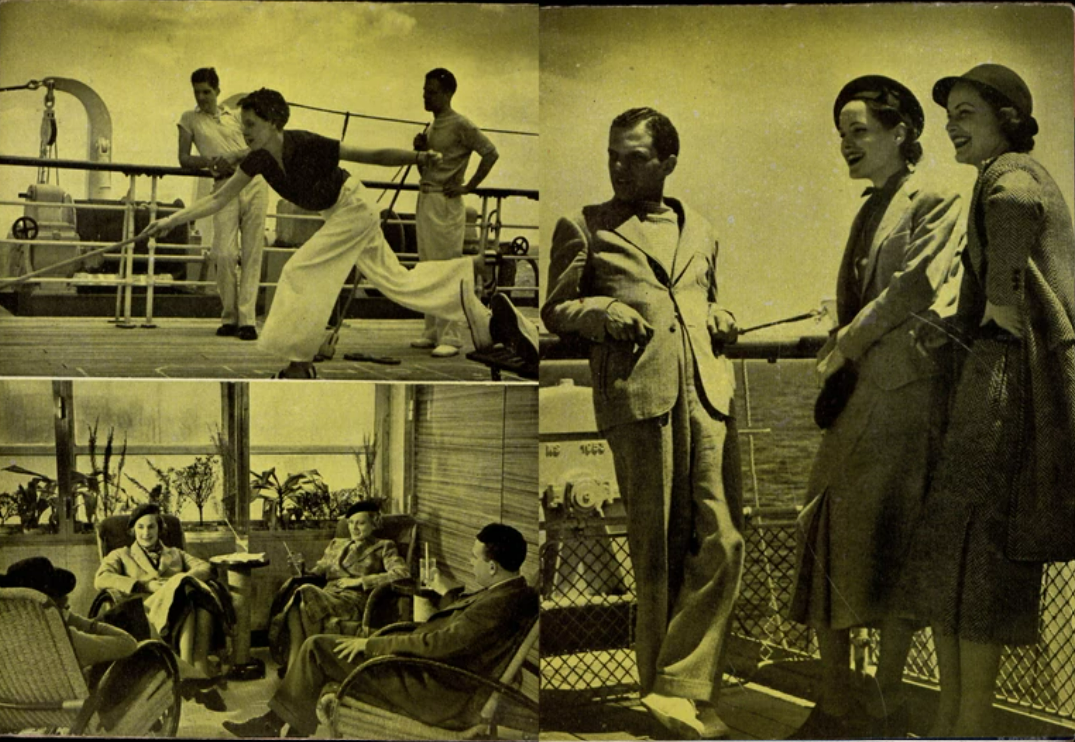 The ship’s facilities included a section on the sun deck set aside for games, as well as a covered promenade, a smoking room, lounges, dining rooms, a shop and beauty salon.NAC

The Piłsudski had seven decks and a garage for 18 passenger cars. On the sun deck, there was a section set aside for sports games. There were lounges, dining rooms, a shop, beauty and hairdressing salons, a covered promenade for strolling in bad weather and a smoking room.

On the lowest level were a swimming pool and a well-equipped gym for passengers, whilst elevators took passengers between decks. The ship bristled with state-of-the-art features, including autopilot options and installations for detecting underwater obstacles.

The Piłsudski made its first voyage on August 27th, 1935, from the port of Trieste, via Venice and Lisbon to Gdynia, though the ship’s main route was to become Gdynia-Copenhagen-Halifax-New York.

Setting sail on this route for the first time on September 15th, 1935, its arrival in the United States was widely echoed in the Polish and foreign press, and by the summer of 1939, the ship had made 38 voyages to New York. Depending on the weather, each voyage lasted eight to nine days. 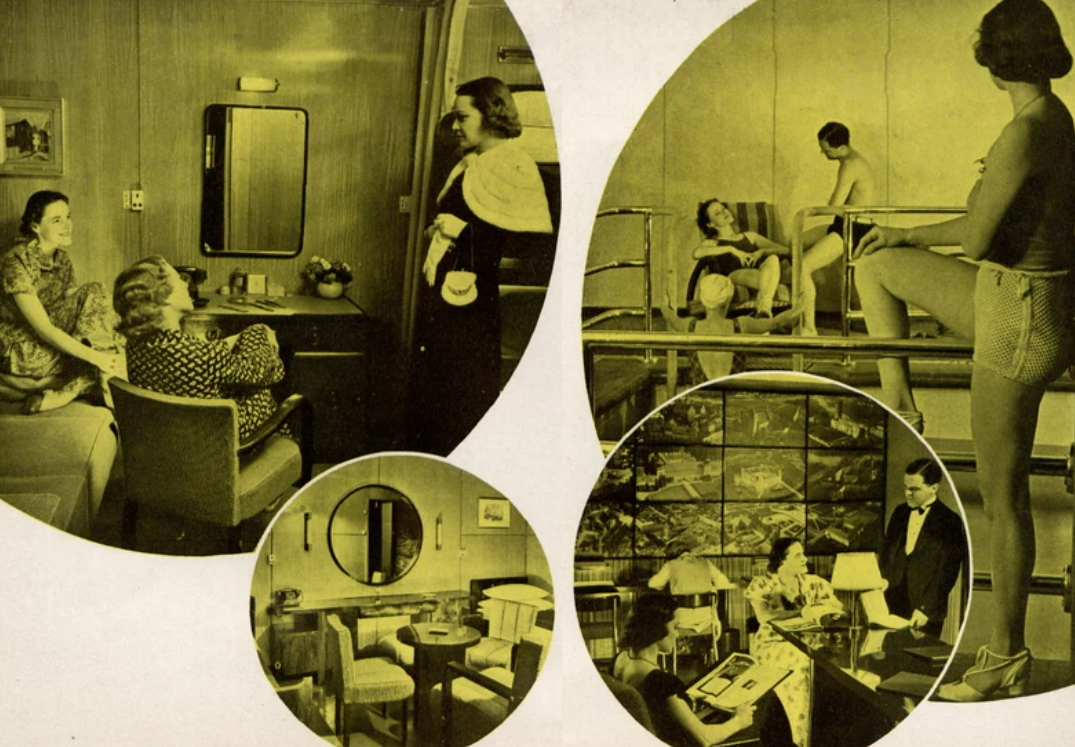 As seen in the advertising brochures, there was even space for a swimming pool among other leisure facilities.NAC

The outbreak of war found the Piłsudski in the Orkney region, on its way back from New York – on September 4th it sailed into Newcastle and moored there for two months.

Chartered temporarily to the British Ministry of War Transport to serve as an army transport ship, the ship was adapted and painted grey while its crew received appropriate training. Simultaneously, its luxury fitting were also removed and to this day their final fate has remained a mystery.

On the night of November 25th, 1939, it set sail on its first voyage as a military vessel. 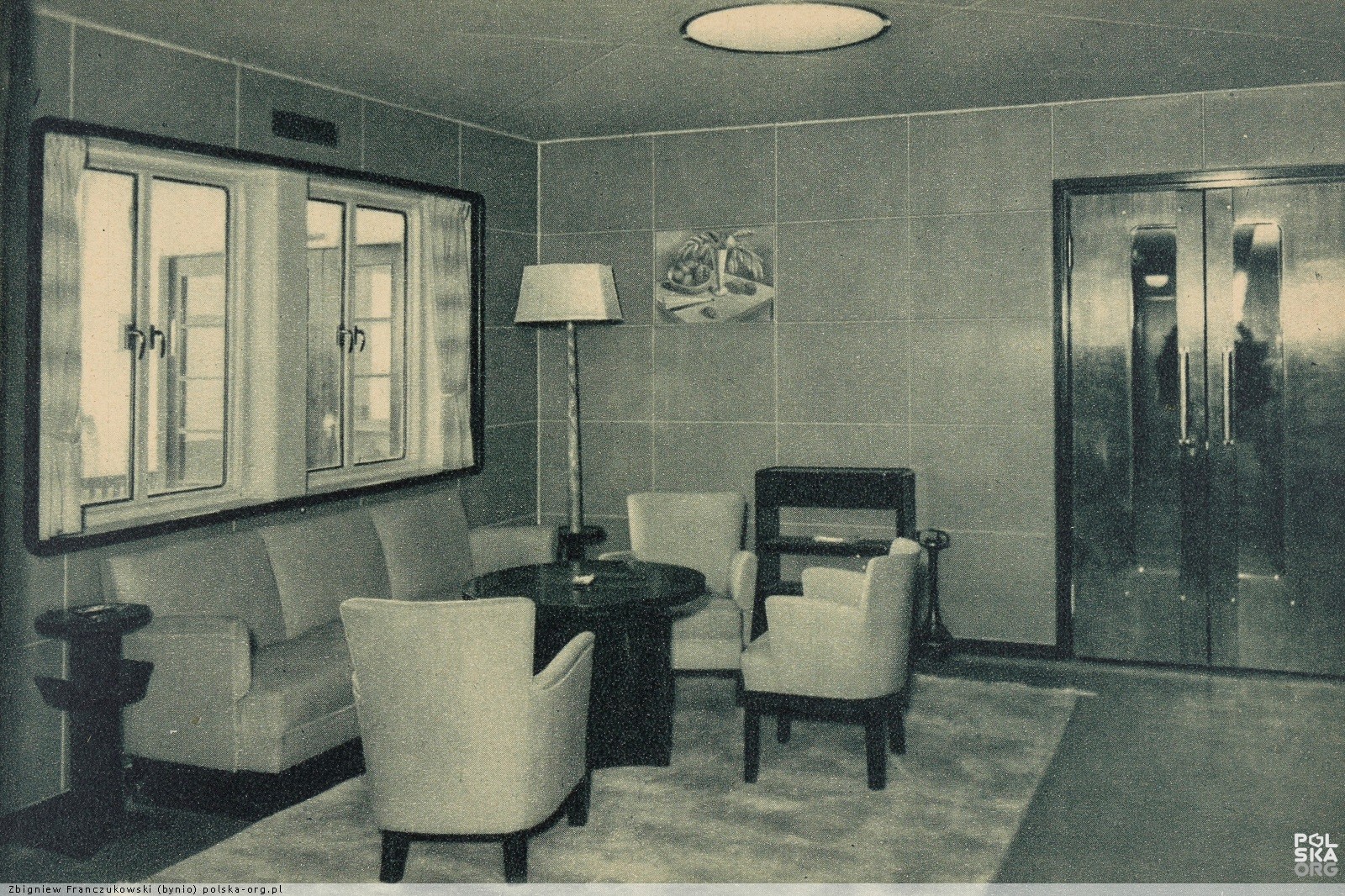 Chartered temporarily to the British Ministry of War Transport to serve as an army transport ship, no-one knows what became of its luxurious interiors.polska.org.pl

Setting off alone at 11 p.m., it was to join up with a convoy that would sail to Australia. The ship was under the command of Captain Mamert Stankiewicz, who had held this position throughout the ship’s service under the Polish flag.

However, the ship did not reach its destination. In fact, it didn’t get close.

In accordance with the mariner’s code, the captain remained on board until the very end, making sure that all the crew left the sinking ship. Captain Stankiewicz finally abandoned the ship with two other crew members in the last lifeboat. 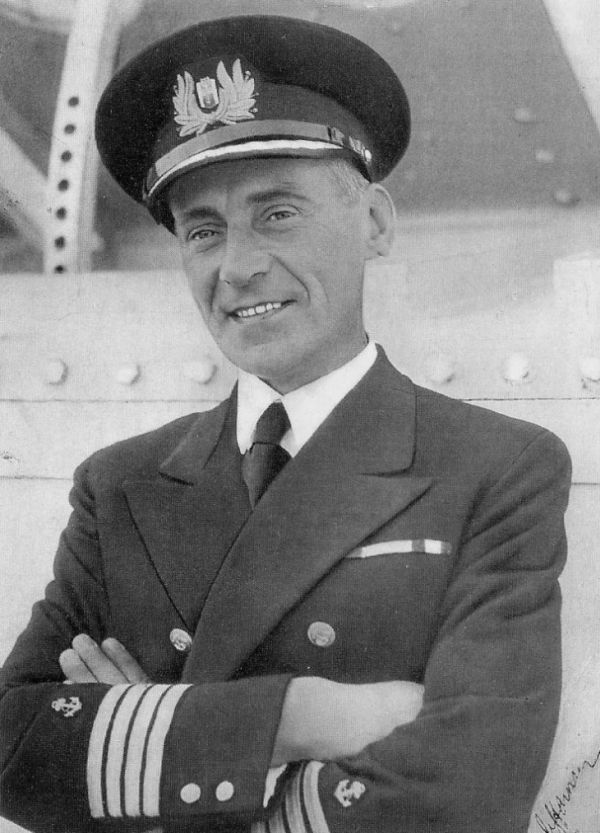 The ship came under the command of Captain Mamert Stankiewicz – in keeping with the mariner’s code, he was the last to leave the ship when it sank.Public domain

They were rescued by a British destroyer, but Stankiewicz died on board later of exposure. By the time he died, he was completely unrecognisable as all his hair had turned completely grey.

“A Knight of the Order of Virtuti Militari, the captain of MS Piłsudski died a sailor’s death at his post,” reads the inscription on his tombstone in Hartlepool.

To this day, the causes of the ship’s sinking are unknown. 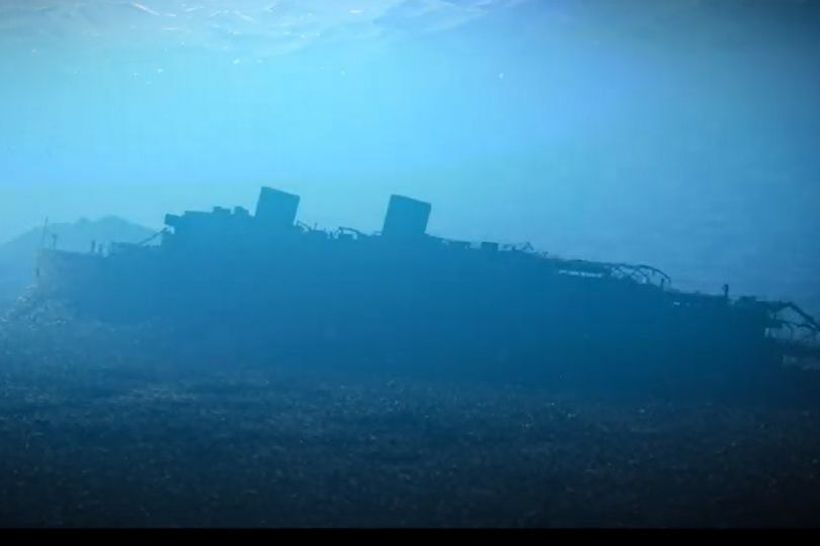 The ocean liner now rests intact just off the coast of northeast England only 30 metres under the water.Koncept Kultura

When the ship left Newcastle and set course for Cape Town, Captain Stankiewicz had received assurances from the British Admiralty of a ‘clear passage’.

She sailed along the east coast of England without fear of encountering an enemy vessel. The idea of a U-Boat attack, though, fails as no evidence in German wartime naval records has been found to support this.

A second theory is that the ship struck underwater mines laid by the Germans. The idea is plausible as the sea where the Piłsudski sank is relatively shallow providing excellent opportunities to mine the area.

The British authorities were inclined to support this hypothesis, but some have suggested that this was the most diplomatic scenario for them. 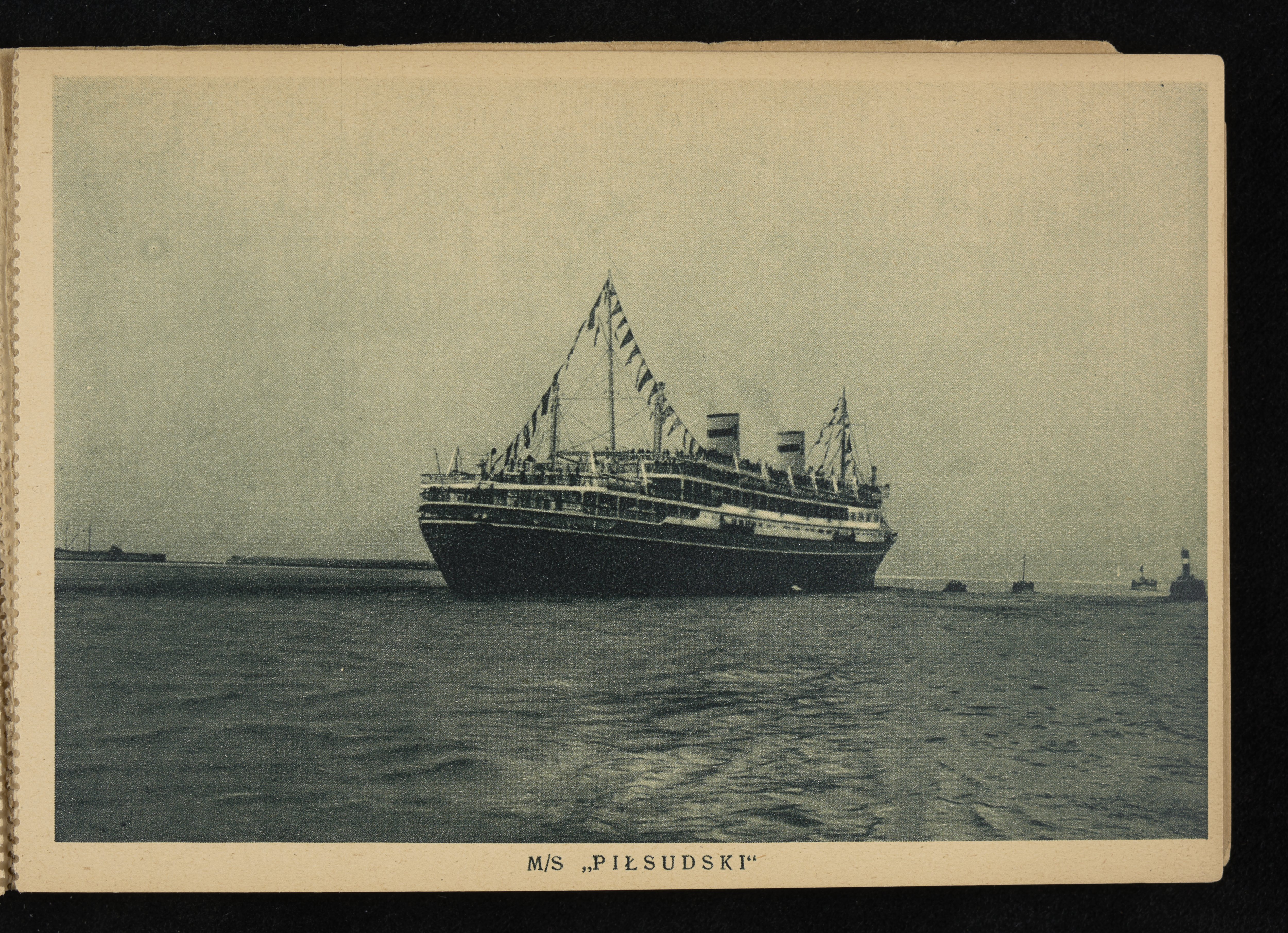 Pictured on its maiden voyage to New York, the ship’s sinking remains one of the enduring naval mysteries of the war.Wikicommons

Had the Piłsudski been attacked by a U-boat, the Admiralty would have had to have taken responsibility for making the cardinal error of sending a ship into hostile waters without any support and protection.

Another theory is sabotage. A certain Ukrainian nationalist named Lapuk claimed he had sabotaged the vessel, though historians do not place much credence in this theory.

The question of the real cause of the sinking of the MS Piłsudski, however, still remains unanswered.