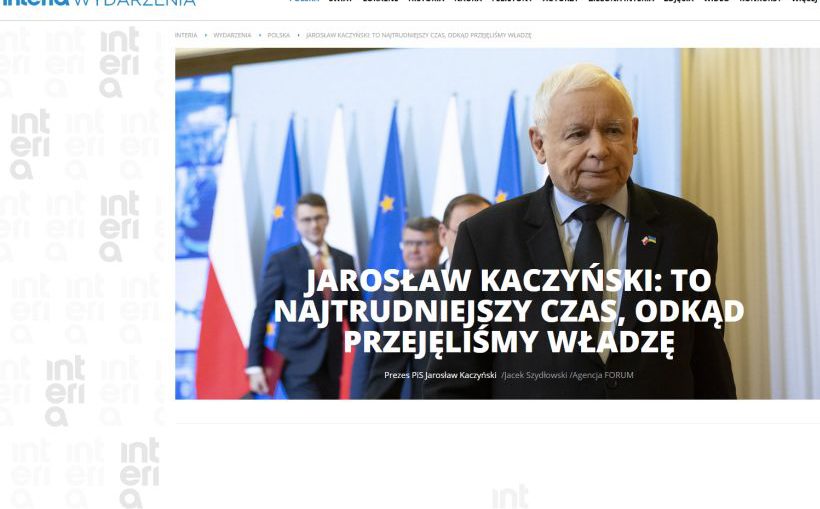 Kaczyński’s claims follow reports in the Polish media, citing insider information, that a group of PiS politicians have been plotting against the prime minister.
interia.pl

Young Law and Justice (PiS) members, who are backed by the prime minister, Mateusz Morawiecki, are the cause of tensions in the ruling party, PiS leader Jarosław Kaczyński has claimed.

“The thing is that the prime minister’s circle consists of relatively young people, and being young means that their behaviour may offend older people, including inside the party,” Kaczyński told the Interia.pl website on Wednesday.

“Certainly, the young should accept their limitations, but it happens that they don’t and it is painful for many,” Kaczyński continued. “I’m not speaking about myself, but it sometimes causes some outrage in the party, which I understand.”

Kaczyński’s claims follow reports in the Polish media, citing insider information, that a group of PiS politicians have been plotting against the prime minister.

“There’s a large dose of media operation by our opponents in it, but there’s also a grain of truth,” Kaczyński said as he denied rumours that he was not aware of the plotters’ meetings.

“I was the sponsor of those meetings,” the party leader said.

However, Kaczyński said he saw “no reason” to recall Morawiecki.

“There’s a group of new people in our party, and it is good because the party has to develop, but it causes quite natural concerns and conflicts,” Kaczyński said.

Apart from opponents inside PiS itself, Morawiecki seems to be in conflict with Zbigniew Ziobro, the leader of a small PiS ally in the broader United Right camp and justice minister.

Ziobro, a staunch Eurosceptic, has frequently criticised Morawiecki for what he has called “yielding to pressure from Brussels.”