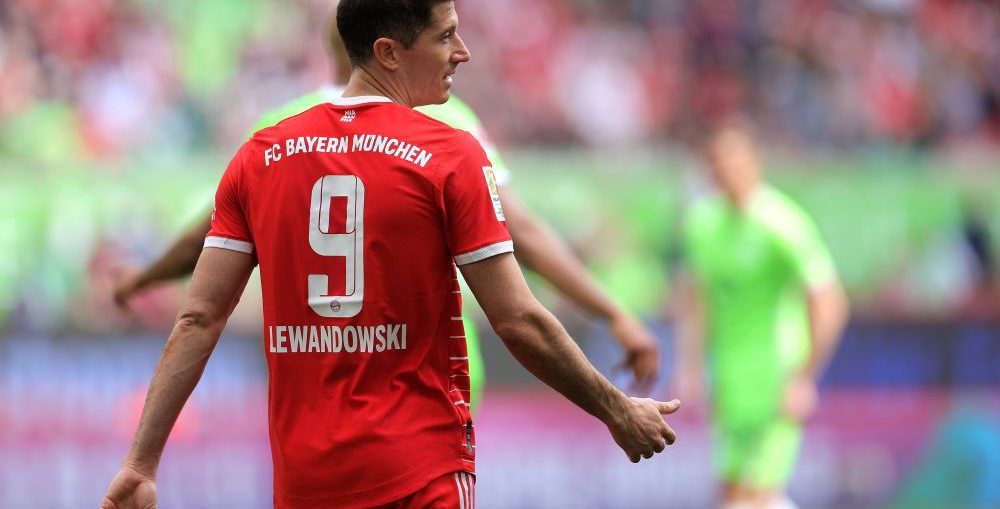 Robert Lewandowski has been an FC Bayern striker since 2014, and before that he spent four years at Borussia Dortmund.
Friedemann Vogel/PAP/EPA

Robert Lewandowski will take part in his last training with Bayern Munich on Saturday before setting off to Spain to sign a contract with his new club, Barcelona, on Sunday.

The dpa German news agency, citing various sources, wrote on Saturday that an agreement had been reached between Bayern Munich and Barcelona and that “Robert Lewandowski’s days with FC Bayern have come to an end.”

Earlier, the US news agency Associated Press, quoting an anonymous source, reported that official confirmation of the deal could come as early as Saturday.

Spanish media reports that the transfer would cost Barcelona some 50 million euros.

Robert Lewandowski has been an FC Bayern striker since 2014, and before that he spent four years at Borussia Dortmund.

On May 30, during a training camp with the Polish national team in Warsaw, Lewandowski mentioned for the first time in public that his playing days in Bayern were over. From that moment it became apparent that he would not have any future links with the Bavarian club, although he had previously said that he would not extend his contract which concluded in June 2023.

Once the transfer speculations began, it was Barcelona which was most interested in signing the Polish star. For his part, Lewandowski did not hide that fact that he was also interested in playing for the Spanish club.

Barcelona reported that it had come to terms with the Polish footballer, but offers made to his German club, the current German league champion Bayern Munich, had been refused on several occasions.

Lewandowski, 33, has been one of the world’s best football players and scorers over the past decade.

He started play in the German league in 2010, playing with two clubs, Borussia Dortmund and Bayern.

Among his highlights were winning 10 Bundesliga championships, four German Cup titles, capturing the Champions League in 2020 with Bayern, and participating in the World Cup with the Polish national team.

Lewandowski was also the top scorer in the German league seven times, notching 312 goals in 384 games.